Money’s a funny old thing. We spend our childhoods being oblivious to the value of it, our teenage years worrying how we’re going to make it, and our adulthood spending it while trying to make sensible my-accountant-would-be-proud decisions. They say money can’t buy you happiness (and I’m a firm believer that that’s true,) but it can buy you freedom and empowerment to make the choices you want – and that’s why I’ve always been driven to achieve. My relationship with money as a child wasn’t the healthiest, mainly driven by the fact my mum had every credit and store card that was offered to her and didn’t really know how to stop spending; we were a working class family who, although not exactly frivolous, probably lived a little beyond our means (and on credit.) Although I wasn’t particularly aware of it as a child, in retrospect I know I was never taught how to tackle money – and I certainly wasn’t taught how to save it. 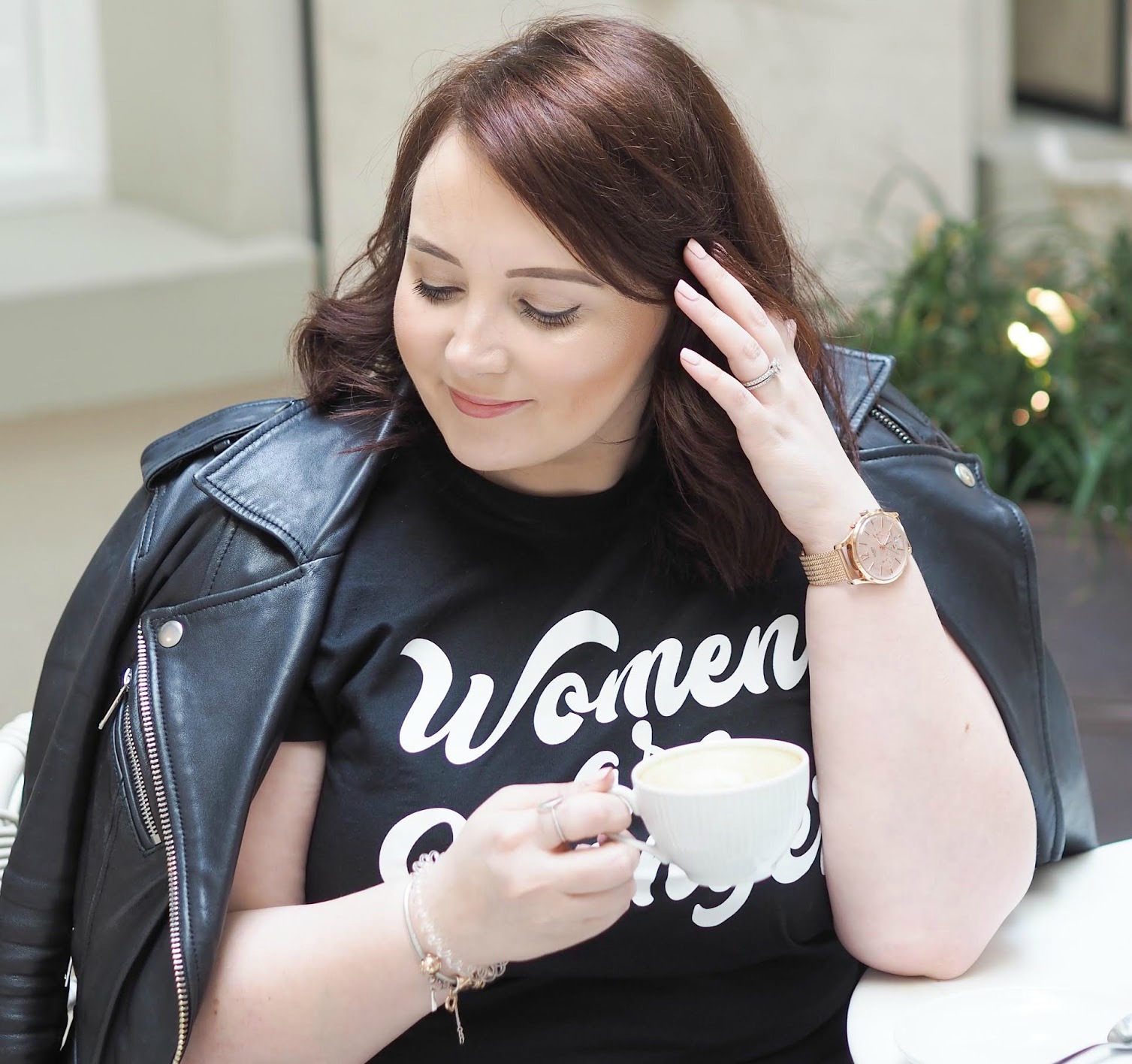 Despite never having any real guidance about money, I saved my pocket money almost religiously so I could buy exactly what I
wanted (and that mainly involved the weekly CD releases from Our Price that I used to pick up on my way to ballet class,) and that thrill stuck with me; I couldn’t wait to get out into the world of work and earn my own cash. As soon as I was able I got myself a job working as a housekeeping assistant in a local hotel; that quickly progressed to also helping out in the bar and restaurant, until I was juggling studying for my A Levels with two jobs, a boyfriend and a hectic social life – but I loved it. I adored having the responsibility of going to work, the thrill of the weekly pay packet and the fact nobody could tell me what to do with the money I earned. When I had over £100 in my bank account I felt like the richest girl on earth, and when I spent that on trashy tops from Select I sauntered down the street feeling like Cher from Clueless.

I quickly learned that the harder and more often I worked the more money (and therefore freedom) I had, and that was a work ethic that’s stuck with me ever since; but it was going away to Uni that totally changed everything and lead me down a worrying path for the best part of a decade. The problem with being 18 years old and being given thousands of pounds worth of loan, overdraft and credit is that you don’t have the foresight to really understand the impact it can have on you down the line; you see it as ‘free’ money, and with everyone around you living off credit you just kind of coast along with it too. It becomes normalised, accepted and just part and parcel of those late teenage years – but getting into so much debt at that early age is one of my biggest regrets in life.

When I finally graduated and walked into a less than well paid job, my monthly salary wouldn’t even clear my overdraft; I couldn’t see any way out of debt, so I just accepted it as a way of life. I’ll never forget those years of filling up my car with petrol and just hoping that my card wouldn’t be declined, or working out that getting cashback in Tesco would mean I could go beyond my agreed overdraft limit before the bank would noticed; my financial situation became so dire that I actually stopped looking at my balance, opening bills or even be willing to face the situation I found myself in. I stopped answering my phone in case it was a debtor chasing me down, made excuses when the rent was due and I knew it was pointless applying for any line of new credit. For years I slept badly, had incredible anxiety and didn’t really know which way to turn – in fact, I’ve never told anyone what I’m sharing with you because I was ashamed and embarrassed to admit it. 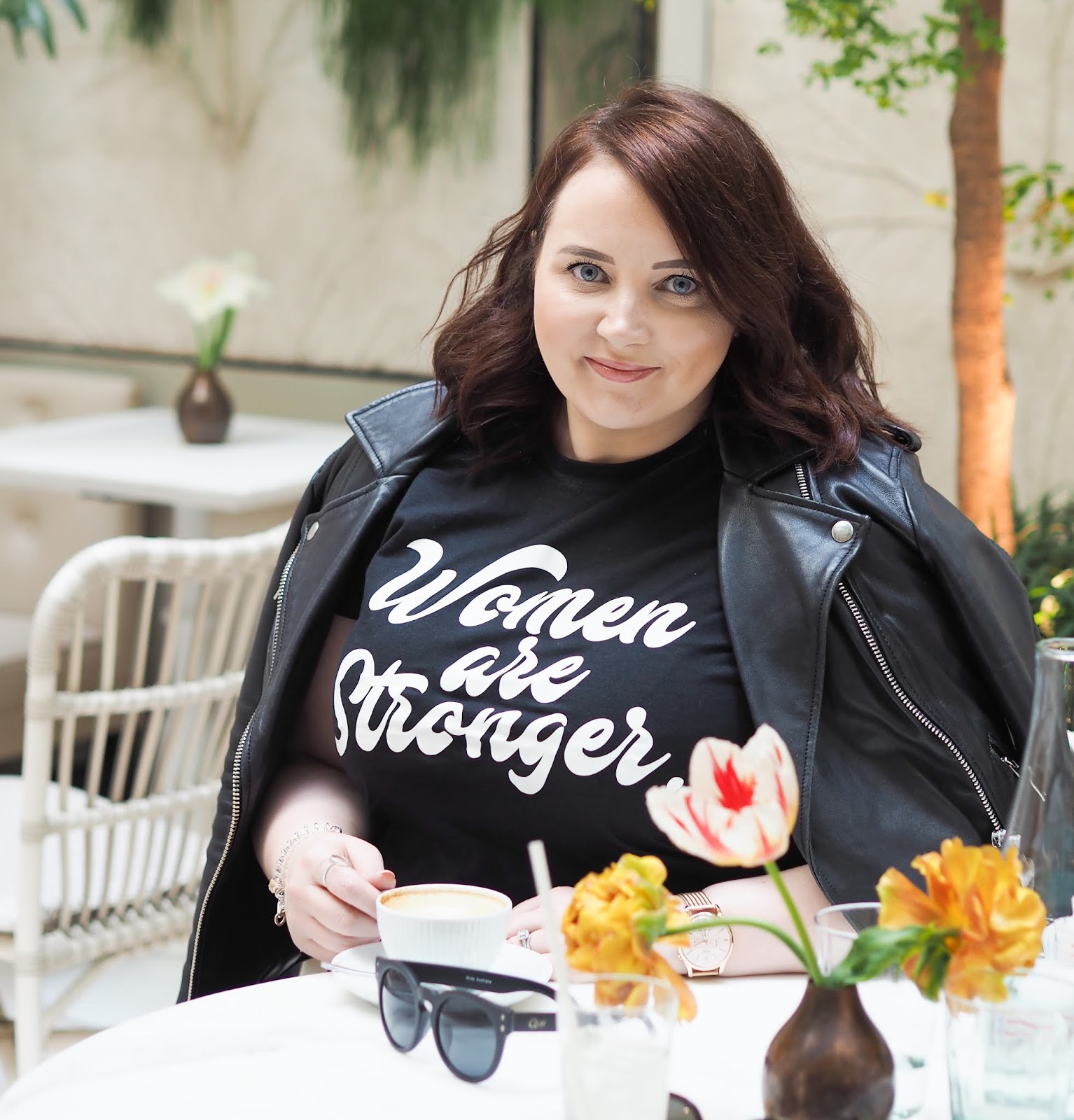 I don’t know what changed, but I definitely realised my situation was not sustainable; being constantly worried about making rent is no way to live, and buying yourself a new Topshop dress for the weekend when you can barely afford to get home is just a bit ridiculous. Gradually I stopped being so intimidated by money and started to put things into practice to make the burden easier on myself. Granted the major moment for me was getting a job that paid me a decent salary, but alongside that came the realisation that I could no longer run away from my financial situation and I needed to start behaving like an adult. Lying about the fact your card has been stolen so you can borrow twenty quid is nothing to be proud of… Especially at the age of 25.

My teens and twenties showed me that it’s incredibly easy to get into debt, but incredibly difficult to get out of; they showed me that money doesn’t buy happiness, and pretending a problem doesn’t exist doesn’t make it go away; they showed me that being sensible is always the best option, even if it means skipping a holiday or driving a rubbish car. But above all, they taught me that I never want to be in a bad financial situation again – and gave me the drive to ensure (to the best of my ability) that doesn’t happen. So if I was to sit down with my younger self, or someone in a similar situation, and give them some words of wisdom, what would they be?

DON’T JUST SPEND IT BECAUSE IT’S THERE

How many of us are tempted to make one last Zara purchase because we’ve got just enough left in our bank accounts to cover it? For years if I had it, I’d spend it, and that just lead to me having loads of stuff but no spare cash to actually enjoy my life. I’d get itchy when I had money in my pocket and would be dying to spend it, just for that little buzz; but that buzz fades, leaving you with an empty bank account and looking for your next H&M hit. Spend wisely and consciously.

Like a Lanaster (Game of Thrones reference for ya!) you should always aim to pay your debts, rather than leaving them to grow into something that’s much harder to tackle. Interest is a bitch, so paying off any bills or credit cards should be your number one priority when you get paid – and pay them off in full if you can. For the first time in years I have a credit card that I use predominately for overseas, but I pay whatever I’ve spent off in full as soon as that bill hits the doormat. The freedom of knowing you owe nothing is liberating and empowering.

THINK OF THE LONG-TERM

Some wise man (I think Monica’s dad in Friends tbh!) once told me you should have three months salary as a buffer in your account at all times, just in case the worst happens. Did I ever listen to this? Hell no. Did I regret it? Hell yes. Over the years I’ve found myself in situations where I literally had a matter of days to find a job or I’d be out on the street, or I had to take out a credit card just to pay for my monthly train ticket – and boy do I wish I had a buffer to make that transition all the easier. Now I make sure there’s always enough to cover me for six months in my savings account, and I made a pact with myself to never touch it for the sake of a new handbag. Future Hayley is thanking me for it.

TRY AND HAVE A SIDE HUSTLE

Back in the day it was this blog that gave me a little extra cash via advertising to boost my salary; now I have my fingers in lots of different pies so there’s always a new stream of revenue when another starts to dry up. Whether you’ve got creative expertise, love craft, play music or want to sell your services as a best friend (yup, that really exists!) there are so many ways you can boost your income and ensure there’s something to help when times get tough. Being a ‘slashie’ has never been more normalised, so now is the time to find your own side hustle.

A problem shared really is a problem halved, and I wish I’d spoken to friends or family during the height of my debt issues. I was too embarrassed to admit the situation I’d gotten myself into, so I kept it to myself for years; I know in retrospect that sharing it may well have caused less sleepness nights, but it probably would’ve given me the boost I needed to sort myself out quicker than I did. If you’ve got a problem, talk it through.

I’m fortunate enough to have been debt free and financially independent for about seven years, but I’ll never forget the anxiety and stress money has caused me in the past. I really believe financial management should be taught in school and there should be stricter regulations placed on lines of credit, but until then we all need to start conversations about money – and realise it doesn’t come easy to everyone.

This has been a bit of a random blog post, I know, but it’s something I wanted to share just in case it helps someone else to kick start their journey to financial freedom or simply to seek help. As bloggers we come under a lot of fire for encouraging frivalous and unsustainable lifestyles, but maybe we should be spending more time vocalising the fact it’s perfectly ok to live within your means; a Gucci bag and a holiday to the Maldives aren’t worth the months of sleepless nights worrying how you’re going to pay for it. Trust me. 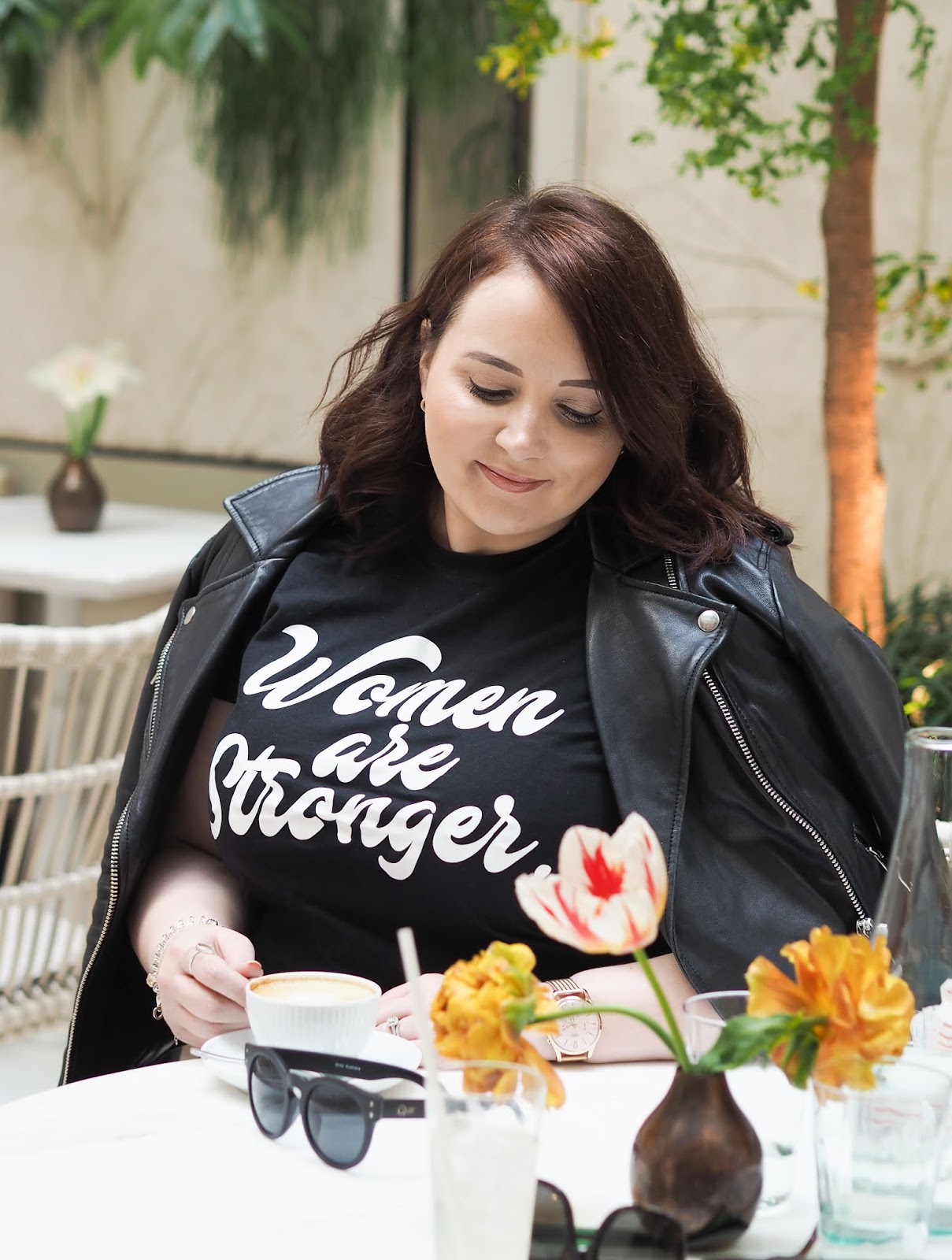 Get free, confidential and independent advice on dealing with debt problems in the UK.www.nationaldebtline.org Telephone: 0808 808 4000

Photos taken by Kirsty from fashionforlunch.net

SIGN UP TO MY MONTHLY NEWSLETTER HERE
EXCLUSIVE NEWS, GIVEAWAYS & INFO ON WHAT YOU’VE MISSED!