Back in the day, the only place you could buy a new outfit was from the few stores that lingered on your local high street – or a catalogue. On a Friday night in town you’d be guaranteed to bump in to at least one other girl wearing your same Miss Selfridge dress, because everyone was shopping from the same handful of places (and back then the only person to buy from catalogues was your mum.) It was a simpler time, but with the eruption of the internet and online shopping our fashion needs have erupted beyond belief; rather than having a handful of pieces that you could have on rotation without worrying much about anyone paying attention, Facebook now documents your wardrobe choices and Instagram shows the world how many times you’ve worn than LBD. (I’ve heard from friends that their entire outfit is determined by the likelihood of not bumping into the same people, but the likelihood of being tagged in the same look multiple times. What have we become?!) 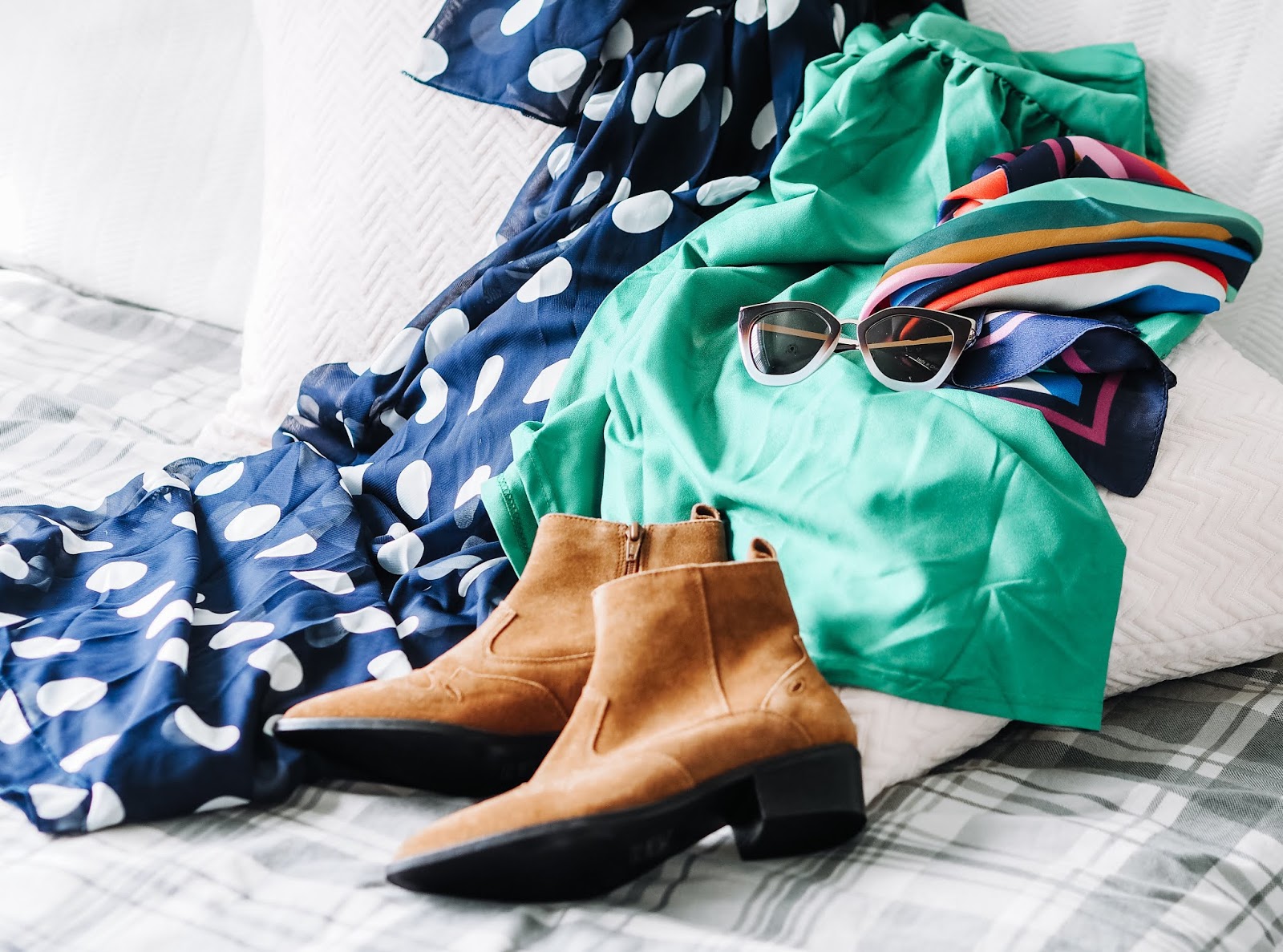 The result of this visibility has lead us to being increasingly concerned with having up-to-date and on-trend pieces that can help fill our feeds with fabulous looks; we’ve started to look beyond the high street and the usual online destinations (the success of ASOS often means we’re still wearing the same fab number as someone else!) in favour of stores that are unexpected, unusual or can deliver us unique fashion. I know I’m always trying to find pieces from stores that I know the majority of my peers don’t’ shop in (hello M&S, ASDA and Monsoon!) and take great pleasure in telling someone where my dress is from, like a gem you’ve found rummaging through a thrift store. It’s no surprise that this fast fashion mentality has lead to a plethora of online stores opening their metaphorical doors, delivering on-trend looks at budget price points straight to your door.

I’d been seeing those fashion ads popping up on my Instagram feed for some time, but during a particularly quiet evening (probably when there was very little on the telly) out of interest I clicked through and started to browse. Ream upon ream of beautiful dresses and super cool outfits greeted me at unbelievably affordable prices, and before I knew it I had a basket full of maxis and midis that I knew I’d feel like a total sasspot in – but something made me think twice. It seemed too good to be true (and from my experience that usually means it is) that these fab unique pieces were so reasonable, so I went back for a closer look.

What I instantly noticed was that there was no consistency between the product images: some were inside, some were outside, some were posed, some were street style, some had heads, some were decapitated. It took only a few scrolls for me to realise the brand was using images from around the ‘net that they probably didn’t have permission for, and they probably were replicating outfits that cost a hell of a lot more money than what they were charging. One dress that I spotted on a model that was so obviously Rosie Londoner (she has iconic hair!) was clearly not the same as they were selling, but in the interests of this experiment I bought it anyway – alongside a couple of others. I was cautious to only buy three things in total (which set me back about $70) so that I wasn’t just throwing money away, but I was still super curious to see whether these companies really were delivering great fashion at super affordable prices. 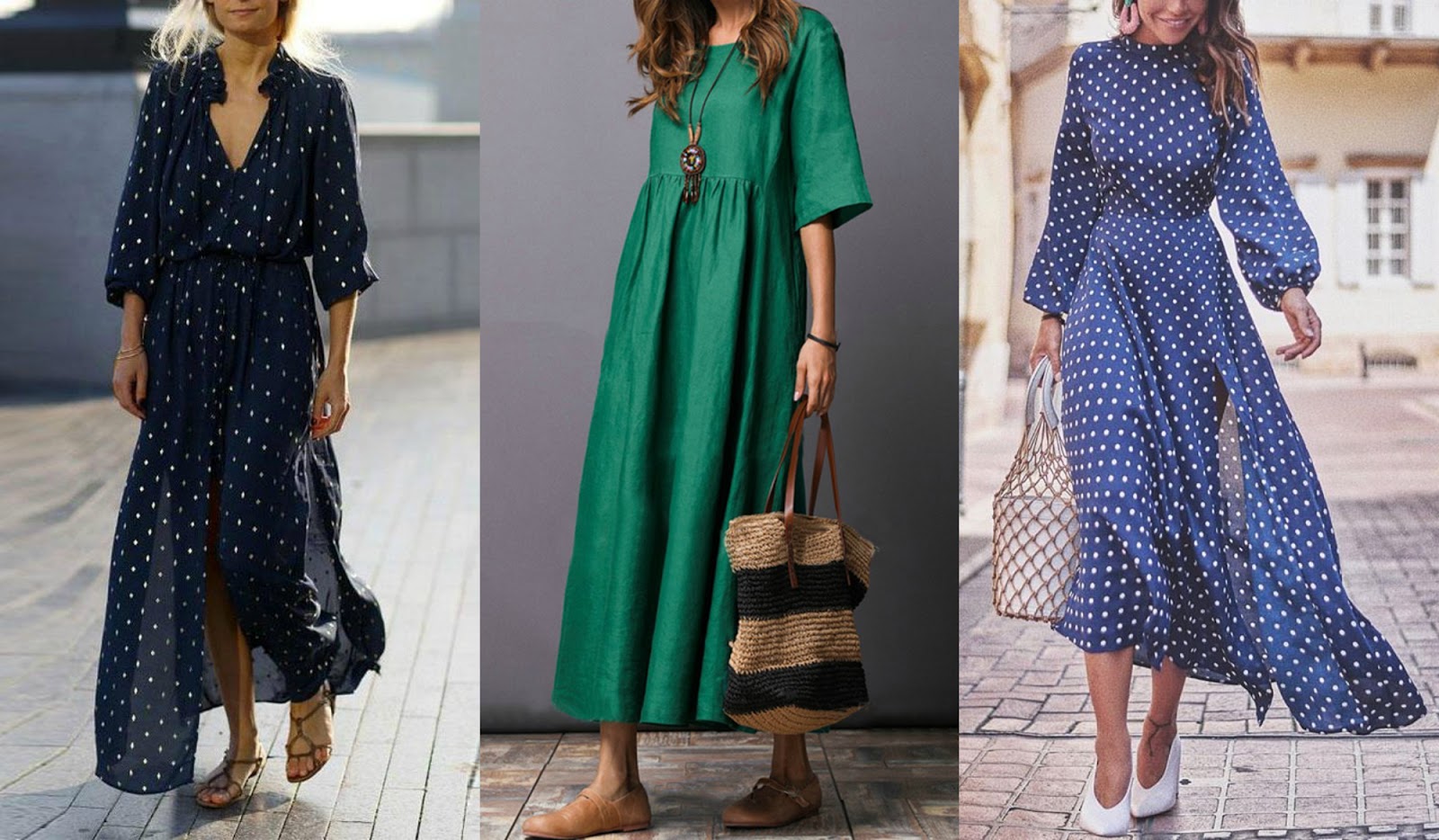 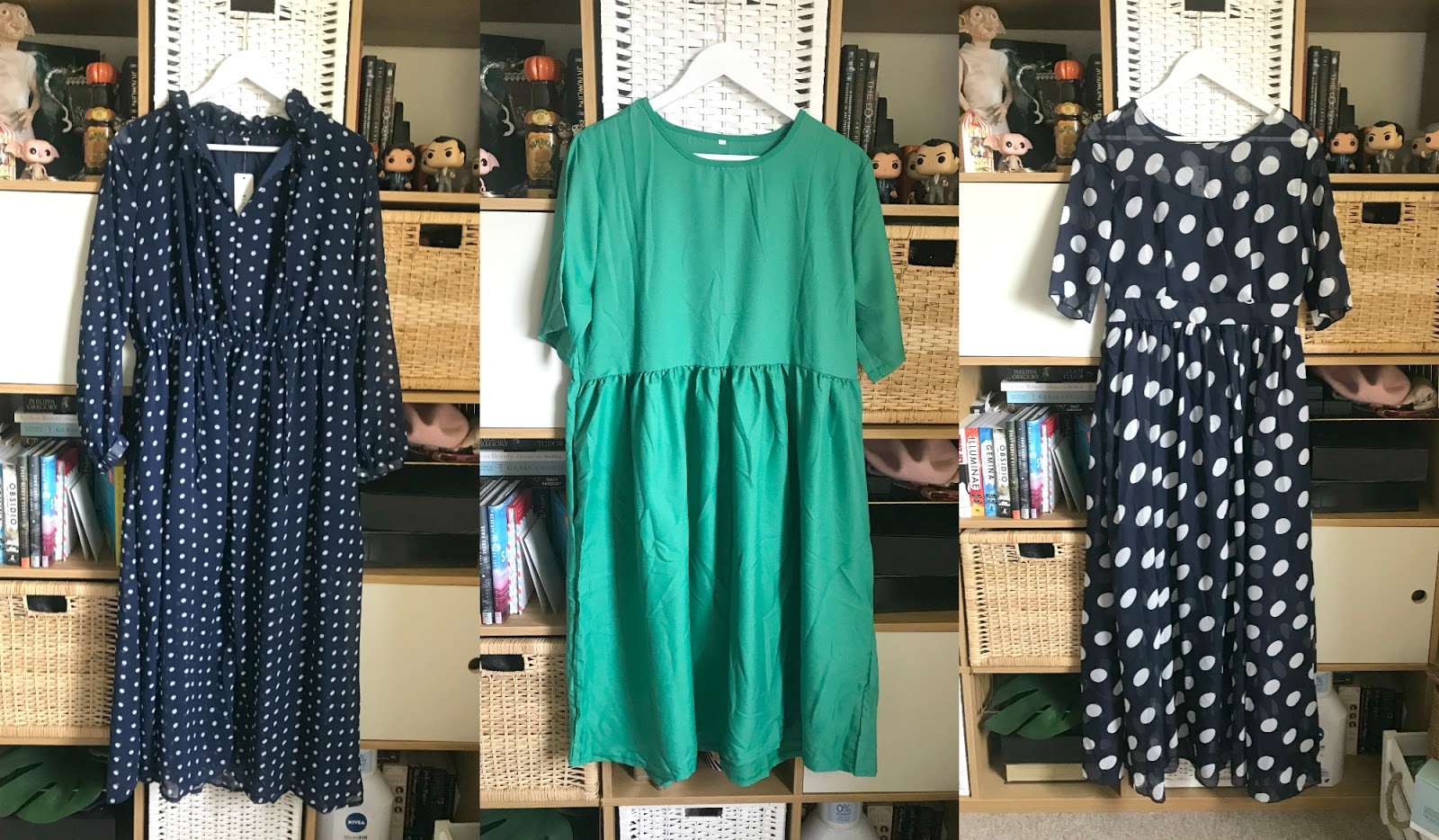 Skip forward a couple weeks (my lord the package took an age to arrive!) and a little bundle of dresses was waiting for me on the doorstep. Excited to see my transformation from 35 year old greying short-arse into a showstopping model (obvs!) I whipped them out of their packaging and over my head quicker than a Zoella tweet going viral; oh my god they were horrific. Disappointment doesn’t even cover it: they were awful. The material was cheap and nasty, the cut was so bad it looked like a ten year old had put it together during textiles class, and the style didn’t even really match the pictures online at all; don’t even get me started on the inconsistency of the sizing. Utter fail. I’ve nothing good to say about any of them and overall the quality and fit was more than a little questionable – I felt like I was in the middle of one of those eBay prom dress memes you see flying around the ‘net, when some poor Thai man has been tasked with copying a $500 crystal dress for a fraction of the cost.

All in all it was a waste of time and money, as what you see online is not what you get in reality. At all. But what makes it worse is the ‘returns’ process, which prevents you from getting your money back in every which way they can. It’s not as easy as popping the items back in the post with the pre-addressed label (god bless you ASOS!) because you have to let them know you want to return something, alongside your reasons, in advance; not only did it take me a good fifteen minutes to find the site again and track down the email, but when I finally got a reply (in broken English) they wanted everything up to (and potentially including) my first born in order to process a refund.

Product codes, descriptions, photographs, reasons for return… They asked for it all multiple times. They wanted me to keep the items ‘because postage is expensive’, as well as offering ‘coupons’ to spend on more of their random sh*t rather than just taking back the rubbish I’d already been lumbered with. We went backwards and forwards until eventually I just stopped getting a reply; as soon as it became clear they couldn’t palm the unwearable dresses off on me with the promise of more terrible dresses, they just couldn’t be bothered to remain in communication. (This also rather cleverly took me over the 30 day refund period.) So that was the end of that: money down the drain, total waste of time, experiment a complete and utter fail: but all done in the hope of preventing others from experiencing the same. 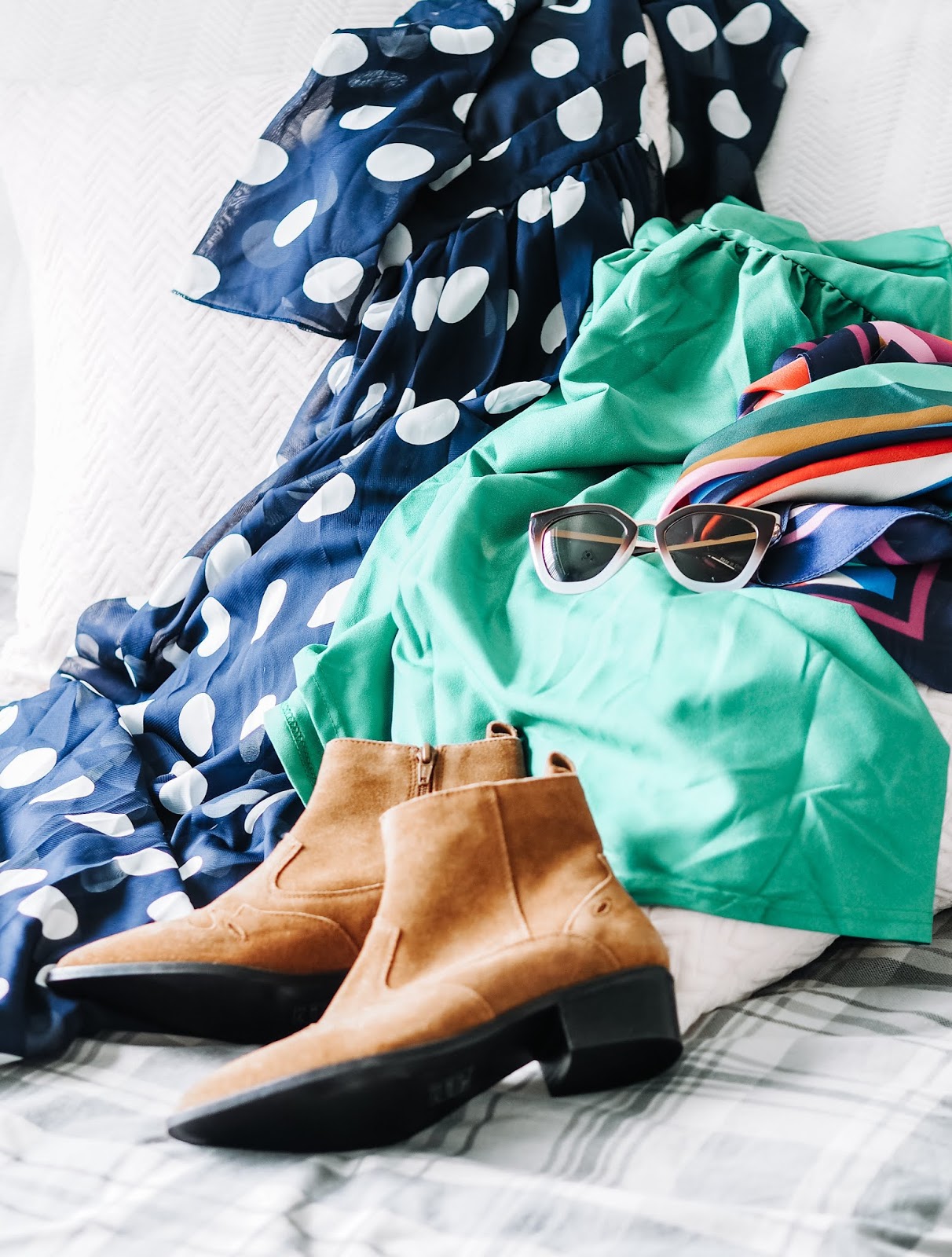 So if you’re thinking about buying from one of these promoted Instagram stores, do so with a huge amount of caution; the items delivered probably won’t be what you anticipate, and it’s practically impossible to get a refund. They may be using images of glowing and statuesque influencers to sell their wares, but in reality they’re shifting badly constructed and practically unwearable looks in the hope of just keeping your money once you get fed up of trying to get a refund. Stick with what you know, or be prepared to be both frustrated and out of pocket…

And as for me… Anyone got Anne Robinson’s number?

I bought my dresses from OfLike (which sounds like some play on The Handmaid’s Tale) so stay well clear – but there are tonnes of others to look out for too. 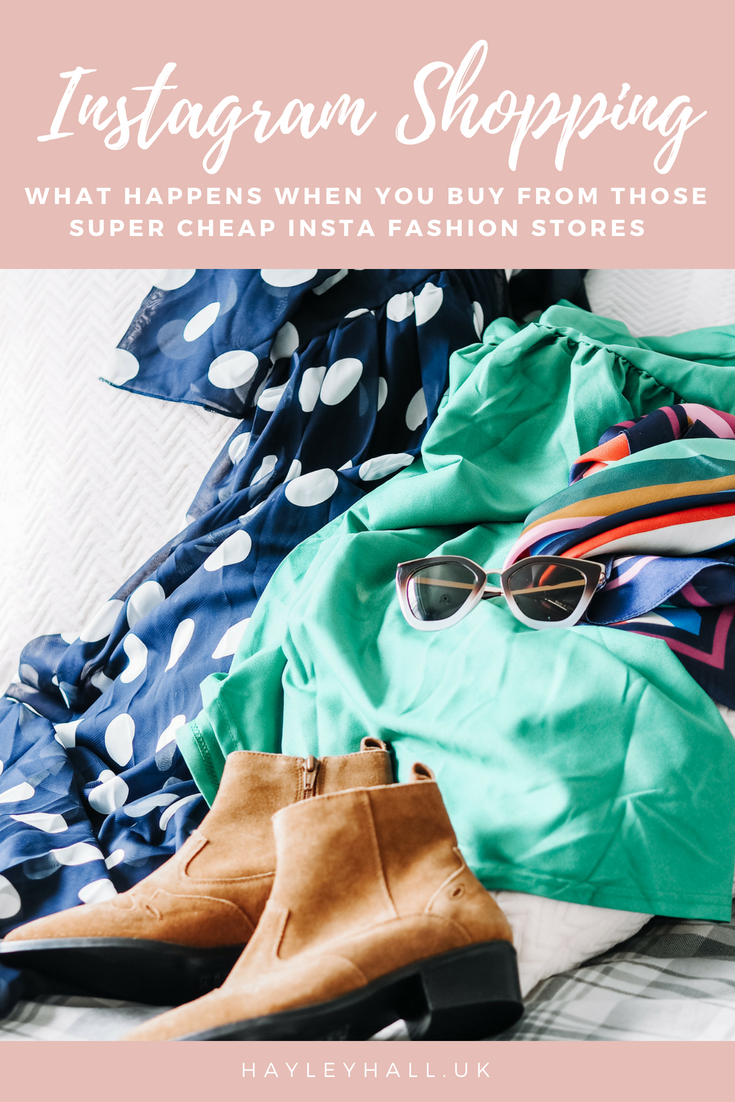 SIGN UP TO MY MONTHLY NEWSLETTER HERE
EXCLUSIVE NEWS, GIVEAWAYS & INFO ON WHAT YOU’VE MISSED!