As I sit here at my desk, exhausted and fed up after another long and pretty pointless day spent in the grimy streets of London Town, I wonder why I bother. I’ve been running my site for eight years, and in that time I’ve built up some incredible relationships with certain brands and I know they respect what I do; they value my time, expertise and the audience that I’ve established over a number years. They respect the effort that goes into creating content and building an audience, and they understand that time is a precious commodity – especially for those of us that don’t live in the capital city. However, on the flip side I feel like we’re once again battling against the tide and experiencing the same troubles and issues that we were five years ago. Constant justification of our existence and value takes its toll, and even for the most long-standing of us it starts to wear thin. 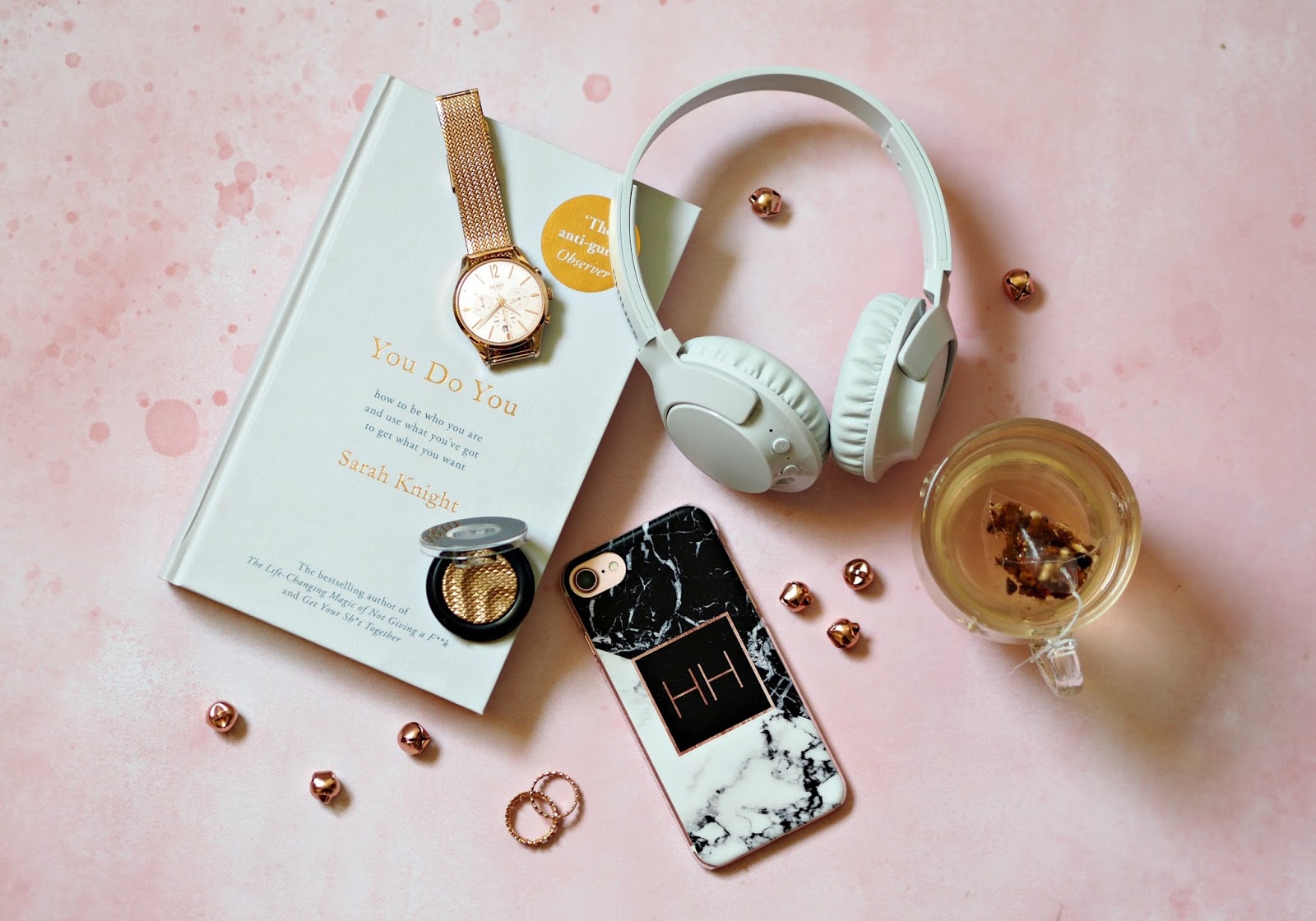 In recent weeks I feel like I’ve been fighting constant battles; I sit
in my office feeling rage at another ridiculous request, lack of respect
for my time and excessive demands in return for very little. We’ve been
working tirelessly over the last decade to establish blogging, vlogging
and social media-ing as a valid career path and something of real
value, helping to reach digitally savvy men and women that want a hit of
inspiration every day. But as soon as I feel like we’re making a breakthrough we seem to take a few steps backwards, faced once again with the same troubles and issues that make me want to pull my hair out.

In the last week or so I’ve had a campaign pulled once the work had been completed, simply because the PR decided to go in another direction; I’ve had a twelve month exclusivity cause practically forced upon me, because brands don’t understand that paying for one piece of work doesn’t mean you’ll turn down opportunities with their competitors after a reasonable time has passed; I’ve been stood up at press appointments and cancelled on at the last minute yet again because of another internal meeting; I’ve been told ‘the other influencers we’re working with don’t have a problem with this’ after I objected to an element of a campaign that was unreasonable; I’ve been ignored at press days and made to feel like the least important person in the room, even though I’d made an effort to travel thirty minutes out of my way to swing by. And that doesn’t include the fact I’ve had my images stolen, my content used in marketing campaigns without consent, or the fact that I’m having to chase overdue invoices for the fifth time.

Don’t get me wrong, I love what I do and I thoroughly enjoy bringing you content and working with some amazing brands that I truly believe in – but like every job there’s the good, the bad and the downright ugly. And the only way to right some of these wrongs is if we collectively start standing up for ourselves and understanding the value we offer. Too many influencers are agreeing to work for free, to sign away their content rights without any additional remuneration, to put up with excessive demands or simply to keep quiet about something that makes them angry or uncomfortable. Enough is enough, because if you do put up with it without question then you’re unfortunately ruining it for the rest of us (as well as yourself.)

I feel like we’ve hit a bit of a glass ceiling that we need to break through, just as we did a few years ago. The growth of ‘super bloggers’ has undoubtedly rivaled magazines, so it’s no surprise that they’re receiving the same luxurious treatment, opportunities and paid-for campaigns that their journalist counterparts once were. Additionally the growth of the ‘micro blogger’ is well documented, with brands increasingly understanding the value of smaller communities that trust and purchase off the back of their recommendation. But these two industry movements have lead to a change in the way many of us are treated, with huge expectations placed upon us without them really being thought through.

This year I’ve made a conscious effort to take a step back from press days, trips and appointments in favour of actually getting some work done; it’s all very glamorous and fun to be swanning around the streets of the city and insta-storying your cocktails, but it’s also exhausting and doesn’t really add much value to the content you create. So when I do pay the £25.00 it costs for me to get into London (far less than other bloggers, but it soon builds up!) I want it to be worth my time – and increasingly it’s not. Increasingly I leave meetings feeling it would’ve been far easier for them to send the product to me (and I wouldn’t have to lug it up the hill home,) or that the PR is more interested in telling me about their forthcoming holiday than actually running through the product’s benefits.

I’ve had to pay for a PR’s coffee after they’ve got up and left the table without collecting the bill, and don’t even get me started on the ‘battle of the cake’. (You know when you’re starving hungry, but they can’t even bring themselves to buy you a slice of cake in return for all the content they want you to create – for free.) I don’t ask for much, just a smidge of respect (and to be fair sometimes a slice of cake.) I know the value a feature on my channels can bring, so I just ask to be treated and compensated fairly – and so should you, no matter your job or life choices.

As a society we’re often too easily persuaded to do something we don’t want to, or find ourselves agreeing to something we really feel uncomfortable with; we don’t want to rock the boat or to be seen as ‘difficult’, instead finding ourselves being walked all over and wondering how we got into this pickle in the first place. We’re easily embarrassed or feel awkward sticking up for ourselves, whether it’s saying no or questioning a decision that’s been made, but sometimes that’s how we all grow. That’s how we all get better and we start working (and living) more efficiently and effectively.

I’m confident in my abilities, the value I offer and the experience I bring to the table – and I’m not afraid to stand up for myself as a result. But I’m only one person and it’s easy to be labeled as the ‘annoying one’ instead of being listened to. We definitely all need to start questioning and asking for more, in every area of our lives. Although this has been a bit of a ramble I feel like taking the time out to list your qualities and value will reaffirm and motivate you, no matter whether you’re working a 9-5, starting a creative business, looking for your next venture or just enjoying discovering what your next step is. Understanding your worth is the first step towards happiness and success, I promise you. 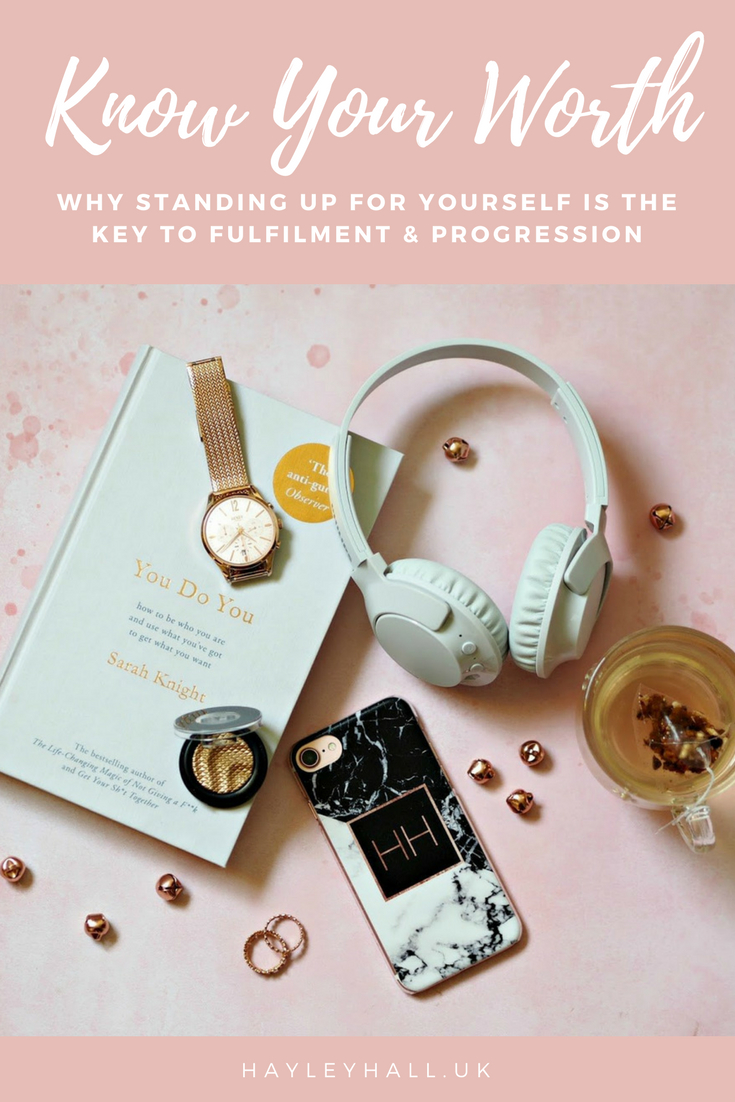