They say a picture is worth a thousand words, so it’s no surprise that image sharing platform Instagram is ranked as the most important social network for the majority of internet savvy users. Instagram now has over 300 million active users, who share on average 70 million photos a day; in the six years since its launch we’ve shared over four times more photos than there are human beings on earth. It’s easy to consume, fun to curate, universal in language and it’s not going anywhere soon. Although the platform started as a fun place to share pictures and tell stories, in the last twelve months its moved towards being an incredibly curated, filtered and edited view of life as we strive to publish content we *think* followers want to see. Gone are the quick snaps in the pub, the selfies in front of the mirror and the shoes we spot in Topshop; in their place are Vogue-worthy images, carefully edited holiday pictures from exotic locations, an awash of white backgrounds and selfies that are starting to look less like a real person every day. I adore Instagram and I’m as guilty as the next person of using flatlays, marble backgrounds and well-lit images of products, but I’m also aware of the fact that my account has to be a true reflection of real life. I’m happy to share pictures of my boyfriend and pets, provide a snapshot into my weekend or showcase some of my purchases, but I’ve noticed that too many accounts are increasingly concerned about everything fitting into a ‘theme’ or providing a view of their life that just isn’t realistic. Like many others, I’m becoming increasingly disengaged with a lot of influencers because their images (although beautiful) are no longer relatable. 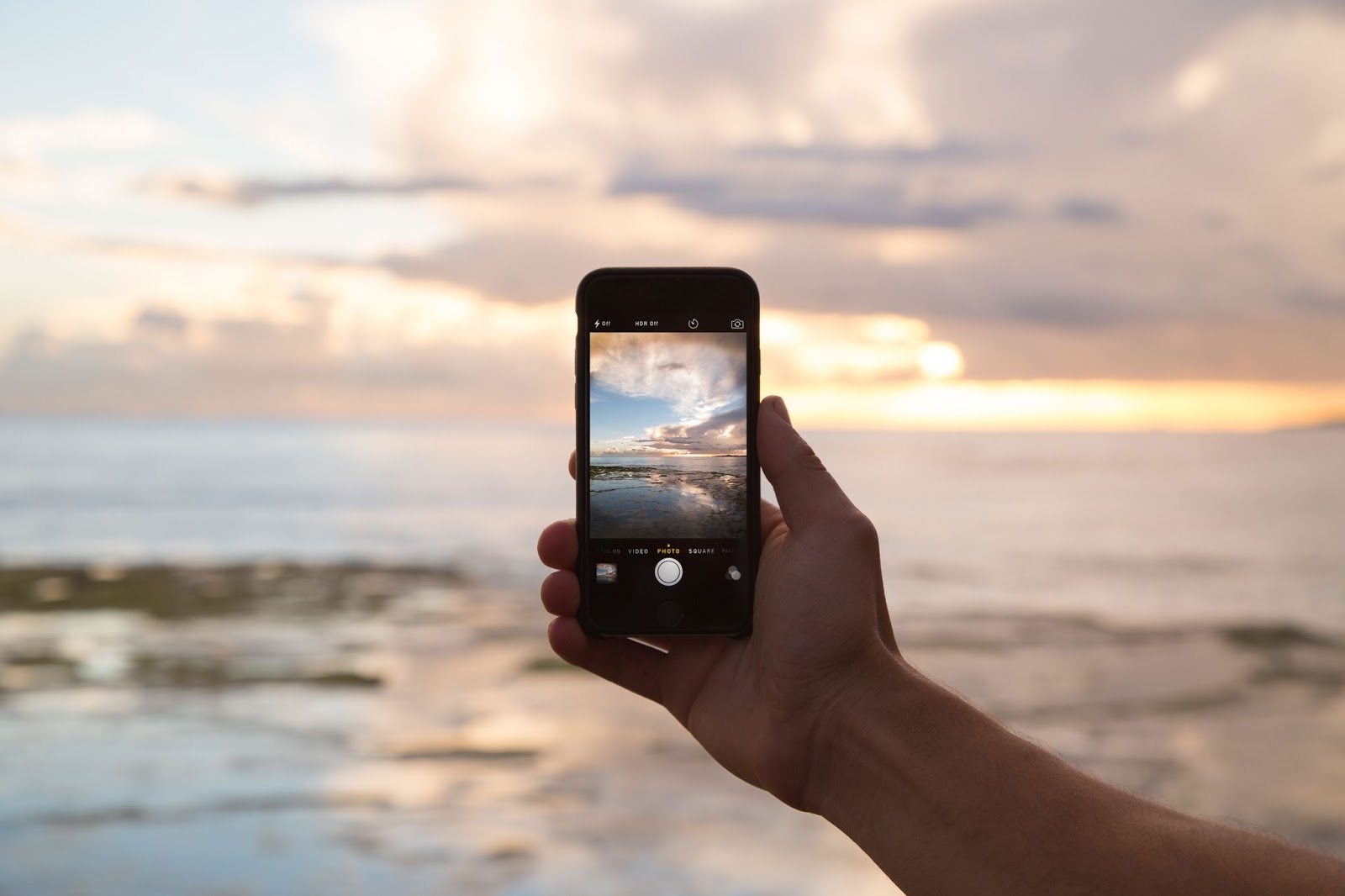 Recently I started a conversation on Twitter about how it’s not the norm to own your own perfect Pinterest-worthy marble covered house in your early twenties, and it’s not the norm to be doing hauls from Net-A-Porter on a regular basis. Unsurprisingly in generated a lot of conversation and a lot of agreement – mainly from those saying “I really needed to hear this today.” I’ve nothing but admiration for those that have achieved those things through hard work, dedication and a great work ethic, but it has to be understood that this isn’t normal life for the majority of people scrolling through their Instagram feed. Increasingly digital influencers have perpetuated an image of what it’s like to be a twenty-something that’s so far removed from reality that it’s like they’re all Keeping Up With The Kardashians. The difference with the Kardashians is that we know they’re celebrities; we know they’re living an unusual lifestyle reserved only for the lucky minority, and we can process that information accordingly. When it’s a ‘normal’ girl from London snapchatting eight Chanel bags at a time, holidaying ten times a year and eating out every other day of the week, it starts to make us feel like we’re failing at life.

For me, there are two main issues. Firstly, that the increasingly competitive and idealistic nature of Instagram means more and more of us are posting pictures that show only the most polished and aspirational elements of our lives; all we see is perfection, we don’t see reality. Secondly, so much of it is overly edited and ‘creatively published’ that it’s not even real life for those actually posting it. There are so many sneaky ways influencers are curating a perfect view of their lives – including ordering clothes online to take photos before returning them straight after, spreading out a trip or dinner over a number of weeks (if not months) to make it look like they’re always living it up, falsifying ‘press gifts’ or experiences to give their presence credibility, or simply buying followers and likes to appear more popular or influencial than they actually are. Social media is such a numbers game and it’s easy to get caught up in how many followers, likes or comments every single picture gets, but increasingly I’m hearing that those previously in awe of their favourite bloggers are turning away because they simply can’t relate. As we age our interests change and our disposable incomes tend to increase, but what I’m seeing is less the evolution of an individual that I can follow and enjoy, and more a transition into something that’s so far departed from where they started I wonder how real it actually is.

Blogging has opened up a huge amount of opportunities for those working hard to create great content and an audience who enjoys it; it’s given a generation of young girls the ability to buy what they want, fly where they want and do what they want without being constrained by a nine-to-five. Digital media is something to be absolutely celebrated, but I worry for the next generation of teens and twenty-somethings that genuinely think this is real life for everybody – and feeling inadequate when their day-to-day experiences don’t live up to those they follow. I’ve never seen so many young women sporting designer bags as I do now, and I’ve never seen so many jet off to tropical destinations seemingly every other week; whether we want to be or not, we’re influenced by what we see and compare ourselves to the benchmarks we have in front of us. The reason bloggers became so influencial was because they were relatable. They were the girls-next-door, shopping in Primark and Superdrug just like us; they were all about finding bargains and the best dupes, styling up a dress five ways so you didn’t have to buy a new one, and creating wishlists of things we all wanted to buy but probably couldn’t afford to do so until payday. However, with the increase in sponsored opportunities and the incredibly amounts of money being thrown at those with huge numbers, a Prada bag is now as accessible as one from New Look. A huge amount of these influencers are now living a completely different lifestyle to the one we first saw (and that’s great!) but the key issue is that their readers are still the same – and they still want to know the best dupe for an Urban Decay eyeshadow palette.

One of my biggest concerns about our Instagram culture is the huge amount of photo manipulation that occurs on a daily basis. I’ve actually met some bloggers in real life I didn’t even recognise, because their Instagram shots are so filtered, face tuned and edited that they don’t actually look like them at all. Understandably we all want to look as good as possible in a picture (and I don’t shy away from the fact I’ve got a certain pose to get the right selfie angle,) but when these ‘normal’ girls are manipulating their images to excess they’re having a significant impact on a generation that sees this as standard behaviour. In my youth we weren’t that aware of how much photoshopping went on in magazines and just accepted it as normal; in 2016 it seems the magazines have backtracked and now celebrate the lack of re-touching, while our girl-next-door influencers are embracing photoshopping it like it’s 1999. When the tools are there at your disposal it’s hard to refuse them, but collectively we have a responsibility – to not only younger generations, but women as a whole – to show ourselves as we are, flaws and all. I’m a firm believer in the fact that with influence comes responsibility, and I think some have lost themselves along the way and got so caught up in all the luxurious press trips that they’ve forgotten to think about how everything could be perceived.

By no means is this a critique of those that have achieved great things (that should be celebrated) or have been given amazing opportunities, but it’s about saying ‘keep it real’. Remember who your audience is and remember why you started. So in an ideal world, what would I like to see? A touch more normality, a splash of realism, a little rough around the edges and a lot less editing. Maybe a picture of something high street amidst a flurry of designer pieces, or a dirty burger between every super healthy breakfast smoothie – a touch of ‘she’s just like me’, rather than ‘I’ll never have that life’. I guess I’m just bored of seeing so much perfection, when I’m normally sat in my pyjamas surrounded by half empty coffee cups. I know that’s not Instagrammable, but here’s hoping the next generation of Instagram stars manage to make even that look pretty.

What are your thoughts on the development of Instagram content and the perfection curated by many influencers?

PS: No examples are based on real people; I’ve changed any references as this post isn’t intended to make any individual feel targeted or under scrutiny, just comment on the general state of what’s currently going on.