Cervical cancer is the most common cancer in women under the age of 35; according to The Eve Appeal, fifty five women in the UK are diagnosed with gynaecological cancer every day, and twenty one will die from it – but it’s actually one of the few cancers that can be prevented. Scientific evidence has shown that if women are screened every three
years, more than 90% of pre-cancer cases are picked up and can be treated with very little inconvenience. Our regular smear test can hugely
increase our chance of leading a happy, healthy, problem-free
life, so why are attendance levels on the decline in the UK? Why are
so many women scared of a simple and quick procedure that (put
simply) could possibly save their life? Shockingly, a third of women between the ages of 25 and 29 do not take up their smear test invitation, while one in five don’t actually attend their appointment after it’s been booked. Statistics have shown that (apart from an increase in 2009 after the death of Jade Goody,) the uptake
of cervical screening has either fallen or remained unchanged for the
past decade; that’s simply not good enough. 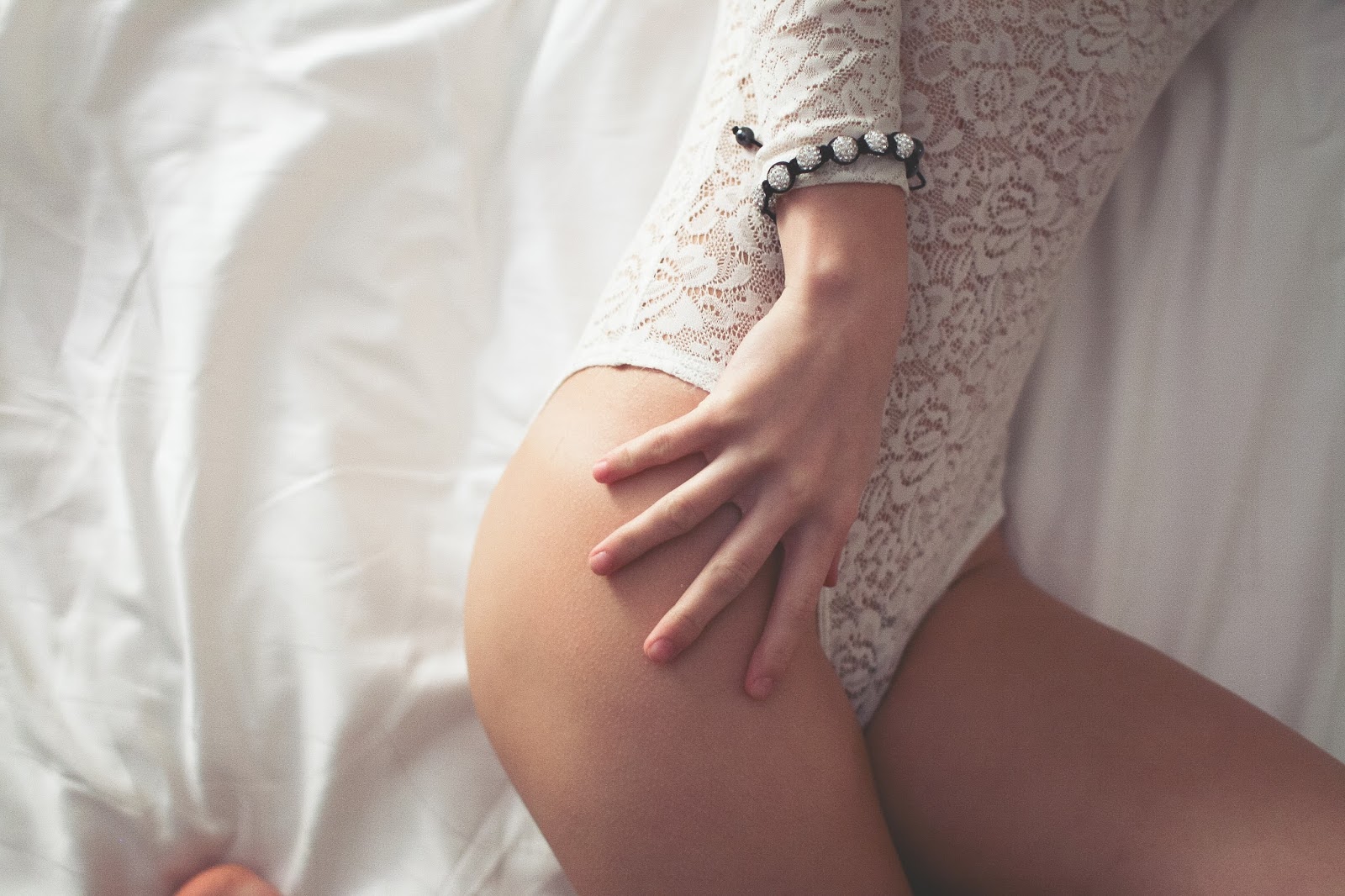 Although smear tests aren’t
enjoyable, they’re so quick and painless that we should all be making
the time to get tested and look after our health. However, it seems that
we all make excuses to delay our appointments – from not having the
time, blaming work commitments, not being able to get a convenient
appointment or simply prioritising everything else over a smear. Furthermore, the lack of clarity about exactly what happens can cause a huge amount of anxiety if you’ve never experienced one before; after all, none of us take particular pleasure from letting a complete stranger near our nether-regions, so our minds run wild at the thought of how horrendous a smear could actually be. Let me set the record straight: smear tests take less than ten minutes, for the majority of people they’re absolutely pain free, the nurse really has seen it all before, and no, she won’t be judging you on your knickers.

If you’re concerned about the results coming back ‘abnormal’, then it may ease your anxieties a little to know that about 94% of tests come back completely clear or any abnormalities. I was shocked to learn that 20% of women say they associate gynaecological cancers with sexual promiscuity, even though there is no link between the two at all; abnormalities that are identified as part of a smear don’t mean you’re ‘putting about a bit’, nor does it mean you’ve contracted an STI. Abnormalities just mean there’s been some kind of change in your cervix that needs a little investigation. It’s about time we stopped with the stigma, the lack of clarity and incorrect ‘Chinese Whispers’ basis of our information, and started acting like adults. A total of 4.31 million women were invited for screening in England in 2014-15, with only 3.12 million women actually turning up for an appointment – not only is that a fall of 3.3% from the previous year, but that’s over ONE MILLION WOMEN that are just not getting tested at all.

This week is Cervical Cancer Prevention Week, a campaign set up to raise awareness of the importance of cervical screening and to kick-start conversations about an essentially preventable disease. What better way to start my #LetsTalkAboutIt series that with something that effects us all as women? If you’re concerned about booking a smear for the first time, then I’ve outlined some faff-free information to help clarify exactly what happens and why you really shouldn’t be worried…

What tools do they use during the procedure? A smear test involves two things: a plastic pair of forceps and a little
plastic brush. Each time a smear test is conducted the nurse will use a
brand new set, fresh out of the sterile packaging. The forceps are used
to open the cervix so the little brush can retrieve a sample for
testing; because no cervix is ever the same, there are a variety of
sizes to make the procedure as quick and easy as possible.
Your nurse will start with the ‘average’ size (which tends to be best
for the majority of people,) moving up or down if required.

What actually happens during a smear test? The whole process takes about three minutes from beginning to end. You
remove your knickers and jump up on the examination bed, either lifting
your knees or sitting in a frog position to give the nurse the best view
and access point.
The nurse will use a small about of lubricant on the forceps and insert
them into your vagina, opening them slowly to allow her to find your
cervix; once she’s found the right point, the little
brush is used to swish around inside and take a sample of cells for
testing. As soon as the brush is covered (usually about five quick
swirls) the forceps are removed and you can pop back on your
underwear.

Does a smear test hurt?
No, not at all. You may experience a little discomfort from the pressure
of the forceps widening inside, or even a little tickle from the brush,
but there is no pain whatsoever. I can assure you (if you’ve never
experienced one before,) that after your smear you’ll wonder what all
the fuss was about. The key thing is to relax as much as possible and
the procedure will take seconds.

How often should I go for a smear test?
Your first smear test should happen when you reach 25; the reason it’s
not before is because historically smears were picking up on
abnormalities that were just a result of the body changing and
continuing to develop. After your first one you should pop back in
every three years for a check-up; your doctor should send you a
reminder letter, but if not make sure you know when you’re due another
test and book an appointment regardless.

Are there any side-effects?
You may experience slight period cramps or spotting for 24hrs
afterwards, which is perfectly normal. This is simply because you’ve
been prodded at a bit inside and your lady parts can be quite sensitive. Other than that you wouldn’t even know you’d had anything
done; you won’t be hobbling around or be in any kind of discomfort.

How long will it take to get the result?
Within two weeks you should receive a letter through the post confirming
the results. If your test comes back as normal then you don’t have to
do anything at all. If your test shows abnormalities, then you’ll be
asked to pop back for a colposcopy at the hospital; this is simply a
closer look inside your cervix with a microscope and isn’t anything to
worry about.

What happens if the results come back with ‘abnormalities’?
There are two types of abnormalities – cells that are pre-cancerous and
have the potential to develop into something more serious, as well as
cells that will simply return to normal without any treatment
whatsoever. An abnormal result doesn’t mean cancer; an abnormal result
doesn’t even necessarily mean you’ve got pre-cancerous cells; an
abnormal results simply means there’s something worth having anther look
at.

What tips would you give me for my first time?
1. Wear a skirt or a dress so you feel less ‘exposed’ and nervous. If
you have to wack off your trousers and literally lie on a table
half-naked, then you’re going to feel uncomfortable; if you wear a dress
or a skirt you won’t be able to see anything and the whole process will feel a lot more discrete.
2. Relax, don’t panic and if you want to ask questions then ask: the
nurses are used to seeing young women for their first appointment so
they’re happy to chat or take the time to explain and make you feel
comfortable. The more tense you are the longer it will take to get the plastic forceps in, which is where it can become a little uncomfortable.
3. If you’re nervous about getting your lady bits out in front of a
stranger, take the time to have a little trim and pamper before your
appointment. The nurses see thousands of vaginas every single year so they don’t
even pay attention, but it will make you feel more comfortable and
confident.

This weekend, rather than talking about your latest Netflix obsession, ask your girlfriends when their last smear test was. If you can’t remember the last time you had yours, it’s probably time to book an appointment. If you’ve been putting it off, make a commitment today to ring up your doctor and put that bad boy into your diary in capital letters. If you’ve got a vagina, look after it. It’s the only one you’ve got.