Some of the most successful brands are somewhat controversial. They thrive off the conversations they stimulate and benefit from heightened brand awareness – which inevitably translates into sales. Some brands even court controversy and claim it helps them smash targets like never before (‘beach body ready’ has never been more of a talking point,) whereas others shy away from anything negative until the hoohah dies down and they can get on with business. Over the last week or so The Balm, a quirky and kitsch makeup brand that are certainly giving Benefit a run for their money, have caused quite the stir with their Nude ‘Tude and Dude eyeshadow palettes; they’ve been deemed ‘sexist’ as consumers compared the rather positive names of the latest palette with the somewhat negative names of the previous incarnation. So, should we all be boycotting this tongue-in-cheek brand – or is it all just a ‘storm in a teacup’ over a little bit of makeup? 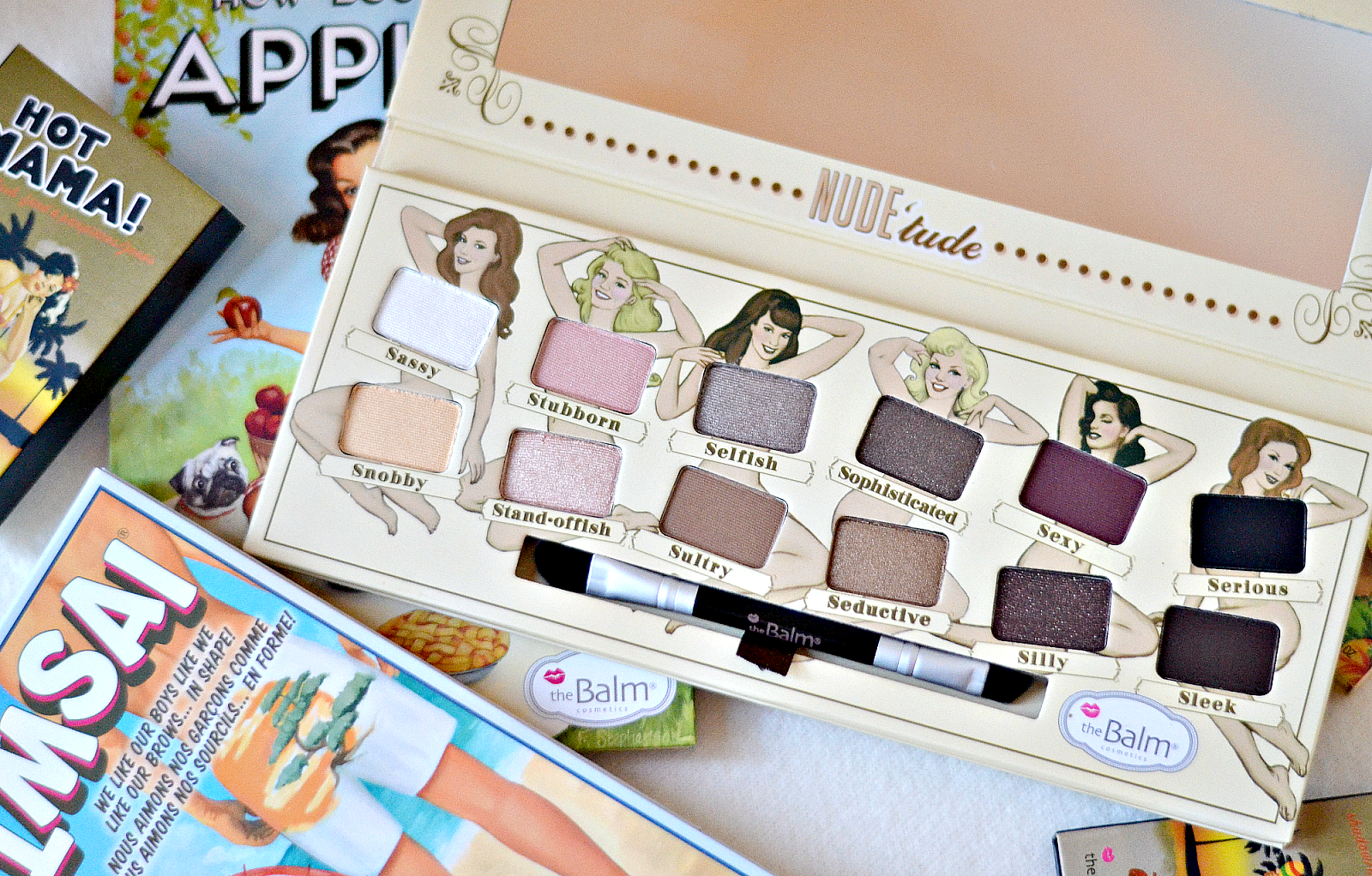 First things first, where did this all begin? The original Nude ‘Tude (short for attitude) palette was released three years ago as an alternative to the Urban Decay Naked collections that we know are more popular than One Direction. (I featured it last year here.) It included shade names such as Sassy, Sophisticated, Seductive, Sexy and Sleek, but also Snobby, Stand-offish, Stubborn and Selfish. The second version (Nude Tude) now features half naked guys with descriptions such as Flawless, Faithful, Fearless, Firm, Fit and Friendly – but importantly nothing in the slightest bit negative or derogatory. Understandably this has caused a huge amount of conversation, with consumers questioning why the original still carries somewhat negative descriptions when they could have easily replaced them with positive names such as Strong or Smart.

Marissa Shipman, The Balm’s president, has responded to the allegations in an email statement: “Nude ‘Tude is about attitude and being able to express yourself however you want (as that is the name of the palette). Nude Dude came two years later (the name came about primarily because it rhymes with ‘Nude ‘tude’), and this is more about qualities we feel naked men should have. As a brand, we strive to maintain a light-hearted approach, and always position women in the driver’s seat… It saddens us that we approach product after product with our sassy twist on women empowerment and this was taken so out of context (we even have a blush brush called “Women Empowderment”). In any event, it’s never our intention to upset or offend anyone.”

Although I do understand why some women feel a little bit let down (why they thought to call one of their shades Stand-offish rather than Strong is beyond me,) we do have to remember that this is just an eyeshadow palette. They’ve not done anything unethical or operated illegally, nor have they been posting body shaming content across their social media (cough). It’s so easy for us to get our knickers in a twist and shout from the rooftops in a world where social media allows us to do so, but we forget about the *really* important issues that we could be championing instead. I can see every one of those descriptive qualities, good and bad, in myself and sure the majority of women can too – it’s not about saying we’re Stupid or Secondary, but celebrating everything a woman is without questioning whether it’s right or wrong. We’re not perfect, so I don’t see the harm in naming a dusty pink Stubborn or a charcoal grey Selfish. If anything, I would’ve thought ‘objectifying’ men in this way would have caused more of a stir than admitting a woman can be Snobby!

Back to the eyeshadows in question: they’re actually lovely quality and provide a great pigment. The pans are very small and don’t provide much product (there’s a lot of space wasted with cardboard,) making them quite expensive for what they are – £30.00 for a palette of twelve shades, vs £38.00 for the same quantity of tones (yet bigger pan sizes) from Urban Decay. It is a quirky, cute, fun and wearable palette, but I’m just disappointed it doesn’t offer more value or point of difference to justify such a high price point. However, it’s definitely checking out the other bits and bobs The Balm has to offer as they certainly provide tongue-in-cheek treats that will be treasured. I don’t think the hoohah surrounding this launch will have an impact on the brand, but I do think consumers will be questioning whether this new palette offers the value they want.

What do you think of the controversy surrounding these eyeshadow palettes? Should they be hanging their head in shame, or do you think those complaining need to pipe down?

The original Nude ‘Tude and new Nude Dude eyeshadow palettes are available from ASOS, priced £30.00 each.