Figures released by Elizabeth Arden in 2014 show a significant decline in their celebrity fragrance sales compared to the previous year – down some 30% when compared to the performance of 2013. Their reportoire includes everything from Elizabeth Taylor to Britney Spears, with Taylor Swift and Justin Beiber thrown in for good measure; they offer a huge selection of celeb scents that often shift millions of units and make them billions of pounds every year. However, the trend seems to be that we’re a little tired of celebs putting their name to a bottle of smelly stuff thanks to the pure saturation everyone from One Direction to Cheryl Cole and that blonde one off TOWIE having their own branded fragrance. I can remember when J.Lo launched her first fragrance ‘Glow’ in 2002 and it was deemed as somewhat revolutionary: sales were unsurprisingly astronomical and range extensions soon followed, making her portfolio one of the most successful in history. Britney Spears has also made a large fortune from her fragrance line, even launching a new variant this year called ‘Rocker Femme’ – there’s no sign of her slowing down. However, are we becoming a little more snobby when it comes to our fragrance choices? Are we turning our backs on our favourite musicians in favour of something more classic, unique and sophisticated? 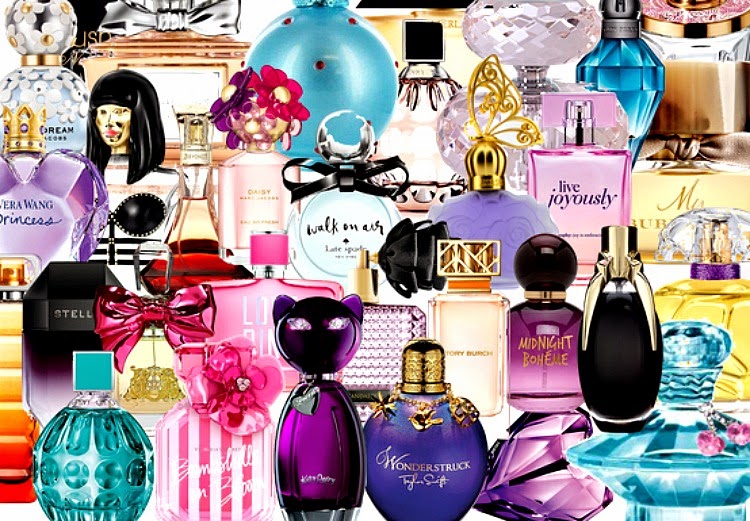 Although many celebrities claim they’re involved in the development and creative process, picking out everything from the signature note to the bottle, the reality is this is rarely the case. Most celebrity fragrances are mixed to a brief and are often picked off the shelf from concoctions already in existence, which is why they smell quite similar – they’re inoffensive, often sickly sweet and targeted at a market that buys their scent based on who they want to ‘be like’ rather than what the fragrance says about them. There are a few instances of celebrity fragrances being unique, elegant and pushing the boundaries, but more often than not they fit into the teen market and are focused more on the bottle than what’s inside. I remember buying a bottle of J.Lo’s Glow and feeling like the most sophisticated student there ever was, following up with a selection of Kate Moss scents that evoked a feeling of effortless edginess – however, it wasn’t the wet stuff I was buying into, but the way it made me feel.

Celebrity scents were once big news, but now the shelves of Boots and The Perfume Shop are saturated with every Z-lister you can imagine; you can have a piece of their celebrity pie for the often affordable price point of lunch in Pret-A-Manger. Is the reason we appear to be over this trend simply because everyone who’s anyone has their own bottle of scent? From X Factor rejects and reality TV stars, to pop starlets and fashion designers, is there too much choice and not enough substance? Do we judge celebrity fragrances and assume they’re going to smell like a cake factory, rather than ignoring the bottle and focusing on what’s inside? Like the demand for designer handbags, do we now prefer to invest in something that will see us through the next decade rather than stocking up on ten affordable alternatives? Is it just that we just can’t keep up with the difference between the ten Britney scents or have bought enough One Direction to last us a lifetime?

I honestly can’t remember the last time I smelt a celeb fragrance and genuinely thought I’d wear it. Some are inoffensive and I can totally understand why many millions of people across the globe still spritz themselves with a touch of Taylor Swift of a morning, but for me they just don’t reflect who I am or what I want to smell like. I prefer my fragrances simple, elegant, timeless, fruity and woody – but if Chezza Cole knocked up anything that was a match for Jo Malone I’ve no doubt I’d be there in an instant. I’m not sure if I would hide the fact I was wearing an affordable scent developed by the Geordie queen, or vocalise it as a badge of honour – rather like that bargain Primark necklace everyone loves that shows you’re a savvy shopper. Whatever the reason, celebrity scents may need a little makeover if they’re to see success in the future, or they could be next weeks Poundland special offer.

What do you think of celebrity fragrances? Do you have a scent you adore but are ashamed to admit, or simply wear your Britney Spears like a badge of fandom? I’d love to know your thoughts.