Batiste have owned the dry shampoo market ever since its inception. I first used the powdery spray while undertaking reporting duties at multiple festivals during hot and sticky summer months; a dry shampoo was the only thing to save my hair after three nights in a polyester sleeping bag. Fast forward a few years and dry shampoo became mainstream, with Batiste launching every scent imaginable to an awaiting and captive audience. Although dry shampoo is a hair staple for most women, it’s no longer surrounded in excitement and anticipation of the next innovation. I for one haven’t covered any Batiste launches for some time, because they just don’t bring anything new to the party… Until now. This week I was invited along to a secret Soho location to see Batiste announcing popstar Pixie Lott as their new ambassador; not only is she to feature in their forthcoming advertising campaigns, but she’s also developed her own variant and put her face to the bottle as a stamp of approval. Pixie Lott’s ‘fun and floral’ dry shampoo is adorned with a 60’s inspired wallpaper design that fits perfectly with her new album cover. (It’s no surprise that the album and this new collaboration hits shelves at the same time!) Pixie is the first ever celebrity ambassador of Batiste, which is quite a development for the budget brand.

Having spent a couple of hours with Pixie in the back of a taxi in 2012, (long story!) I know that she’s always been a fan of the dry shampoo and even told me it was a must-have to create her voluminous ‘lived in’ look. It’s refreshing to see a brand link up with a celebrity that not only embodies their values and consumer, but one that genuinely loves and uses the product.

The new ‘fun and floral’ scent is a little more sophisticated than the previous Batiste incarnations; it opens with bergamot and lemon, contains heart notes of cedarwood, while the base of musk, milk and sandalwood make it a variant with depth. The result is a subtle, yet uplifting fragrance that doesn’t overpower your perfume or scented body lotion.

Both fans of Pixie and Batiste will undoubtedly love this collaboration, reinvigorating a brand that may have lost its way in recent years. This launch sees the brand, and the product, instantly becoming relevant once again and adding a touch of excitement to a category not known for innovation. The good news is this is only £2.99 and will be available in the next couple of weeks! 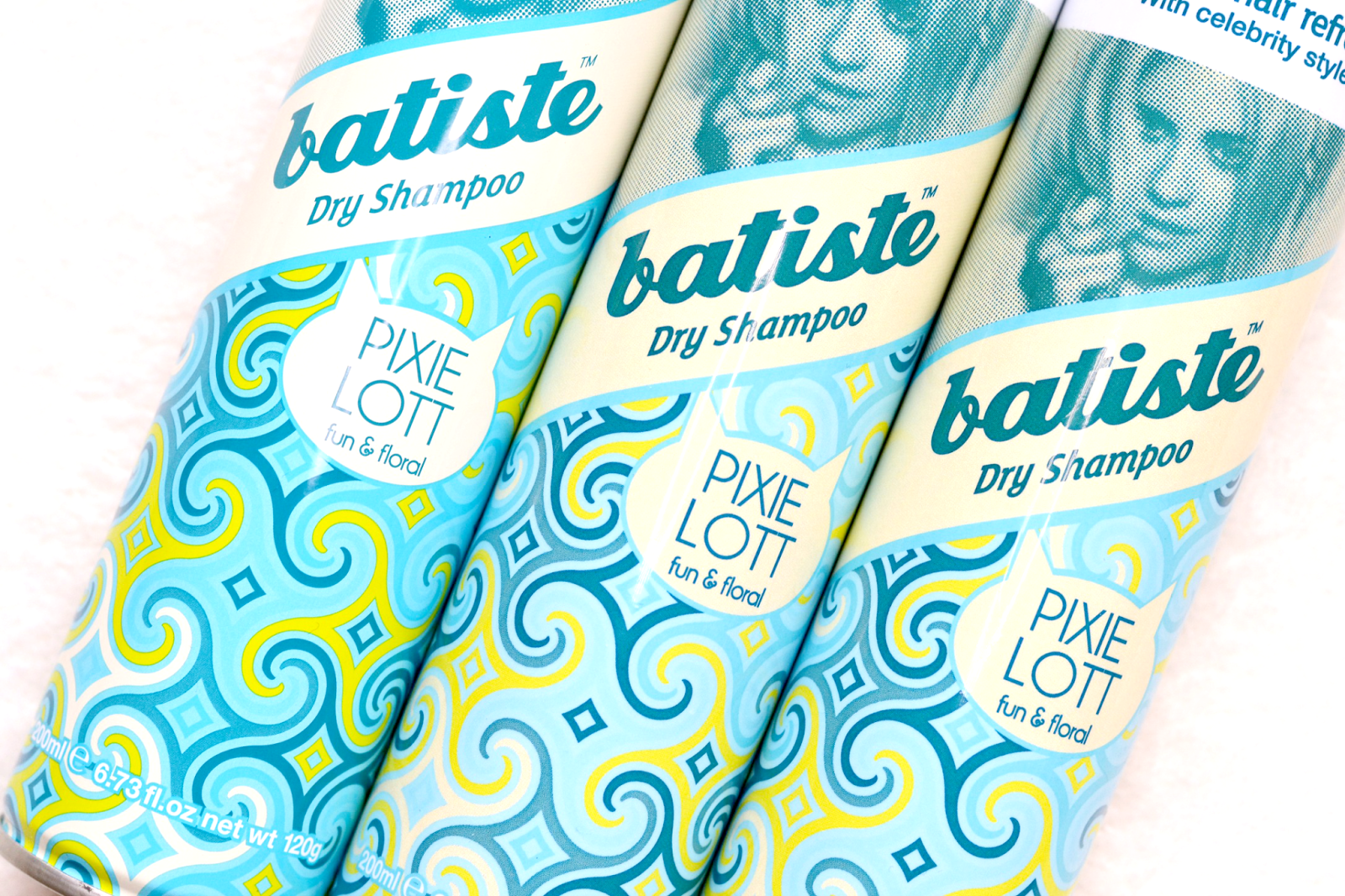