Established in 1846, Pond’s Institute is the world’s oldest skincare brand. Before Garnier, Nivea, Unilever, Olay, L’Oreal and Estee Lauder were even conceived, Pond’s were producing the original ‘Pond’s Extract’ which was distilled tea made from witch-hazel shrub. It was first introduced as a ‘Golden Treasure’ that claimed to have special healing properties, effective in treating anything from itching to rheumatism. The Pond’s line expanded in the late 1800’s to include toilet cream, lip salve and ointment, meeting the demand for personal products created by the affluent middle class – all using the rather unusual Pond’s Extract’ as the core ingredient. 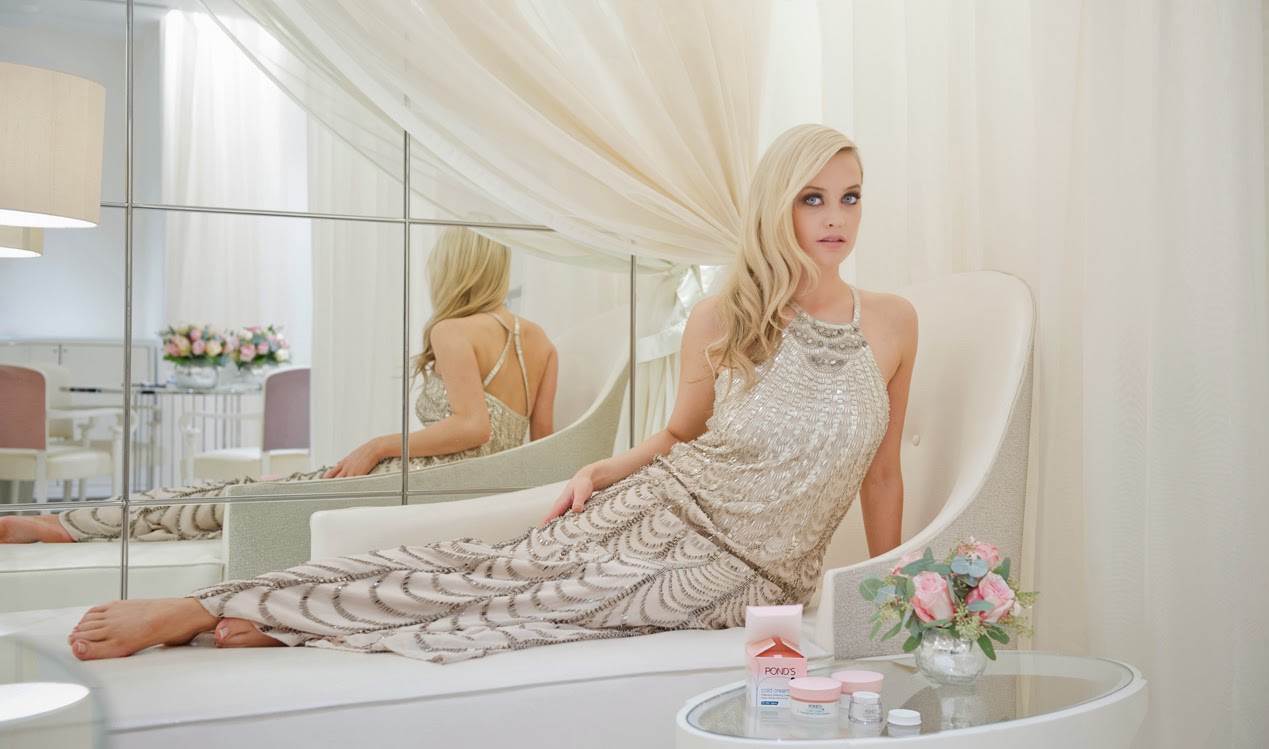 The creation of the iconic night time ‘Cold Cream‘ cleanser took place at the turn of the century, named as such because of the feeling it evoked on the skin when it was applied. This formula was developed into what we know now and hasn’t changed since the 1950’s – something that few other brands can claim. Unbeknown to most, Pond’s was actually the first brand to introduce a cleansing routine, a different regime for day and night, as well as being the first to offer anti ageing benefits in skincare. Without such an important brand our daily routine would simply not be in the format we know it as today.

In 2014, Pond’s Institute has developed into a network of leading scientists who work with cutting edge technology. Although their foundations are firmly in the past, they’re aware of the importance of research and innovation. Laura Whitmore (above) is now the face of the brand and a firm believer in the benefits of the simple Cold Cream Cleanser, as well as the eye cream and moisturiser. The Cold Cream is not only an effective cleanser, but can be used as a moisturiser and treatment too – making it a great product to keep in your bathroom at all times. At only £3.49, it’s a product worth picking up the next time you’re in Boots and taking the time to experiment with… If it’s been around for so long, it must be doing something right.

Have you used any of the Pond’s products before? Did your mother or grandmother use them when you were little?