I don’t know much about Japanese Manga comics, but I know they’re increasingly becoming part of culture in the West as much as they are in Asia. You only have to look to Comic Con or The Big Bang Theory to see how the cute comic characters are becoming mainstream, with even Claire’s and Topshop starting to launch accessories inspired by the genre. First to adopt the theme within the cosmetics world, L’Oreal Paris have cleverly developed a mascara that claims to provide the wide-eye look and super long lashes favoured by the cute girl characters of Manga. The Miss Manga Mega Volume Mascara features a 360° flexible cone shaped brush to amplify upper lashes and reveal lower lashes, the first fully flexible wand I’ve personally seen. The formula is made up of enlarging collagen spheres that help to plump the lashes, as well as a trilogy of polymers for absolute hold and staying power. 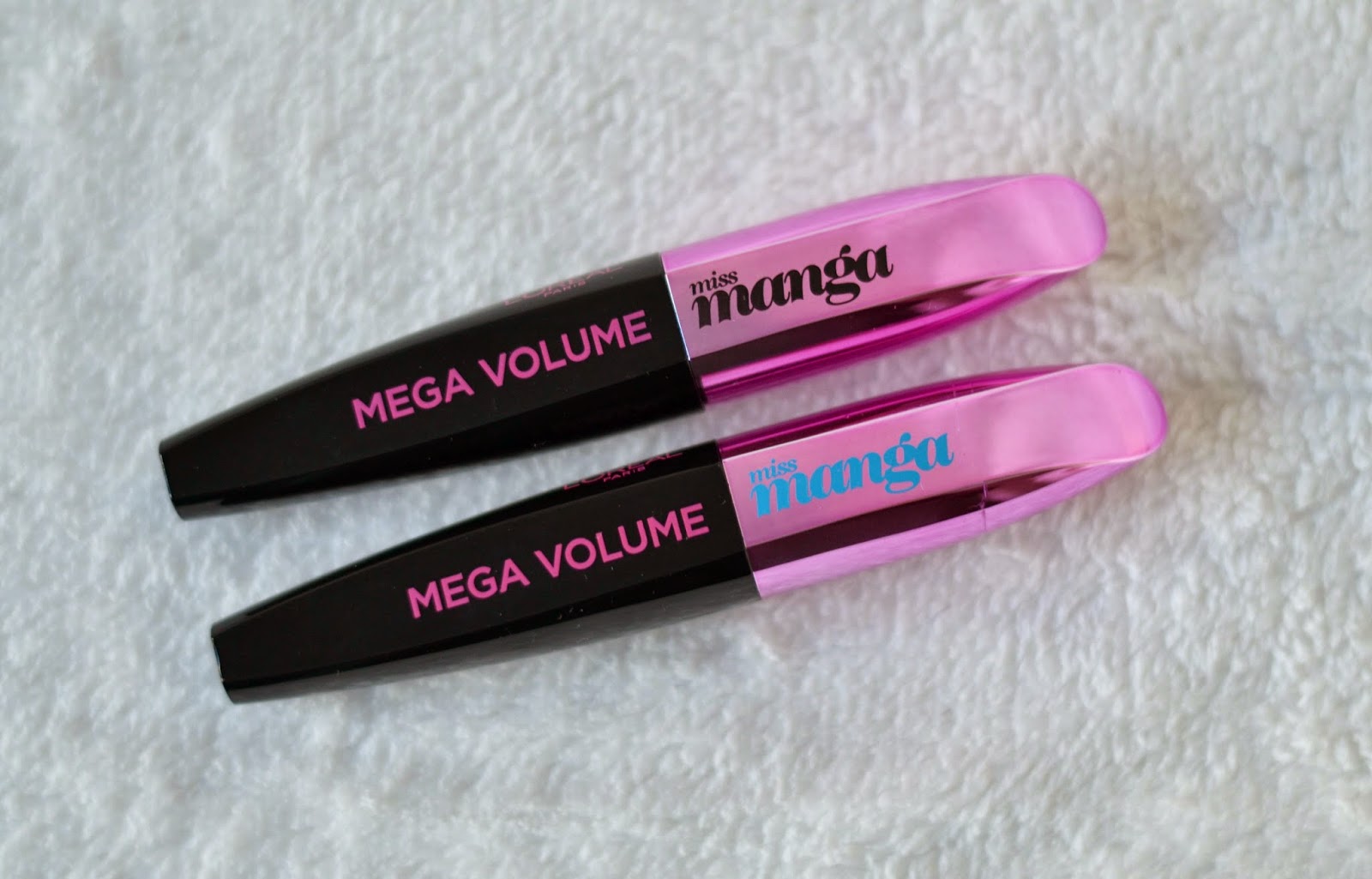 I absolutely love this concept as I like my lashes to be lifted, voluminous and create impact. The Miss Manga mascara features a relatively sparse wand, ensuring the bristles pick up a lot of formula that can be used to plump lashes and work them into a powerful hold. Although some mascara wands instantly provide a great result after only a few brushes, this is definitely one you need to work and spend time brushing through your lashes; the more times you apply the mascara (ensuring to only dip once to avoid overloading lashes,) the better the result becomes.

The formula does have a tendency to clump, so the trick is to clean the wand as much as possible of excess and avoid re-dipping into the tube. When lashes are brushed through numerous times, the result is pretty good – long lashes that are lifted and create a certain level of impact. Because of the Manga style, lashes do have a tendency to stick together, so if you like a lot of separation then this may not be for you. However, if you brush lashes through with a clean wand or styling brush it’s easy to seperate them and create even more volume.

Staying true to its roots, the Miss Manga mascara is also available in a powerful turquoise and subtle violet colour if you fancy shaking things up. Although I wouldn’t dare to wear these every day, they do make a great statement look for parties or when you don’t fancy overdoing the eyeshadow… (The key is to let your coloured lashes do the talking and keep the rest of your makeup minimal!) You can see the results of each colour on the L’Oreal website here, which clearly shows the colour and lash effect. A great innovation and fab for creating a powerful lash line. 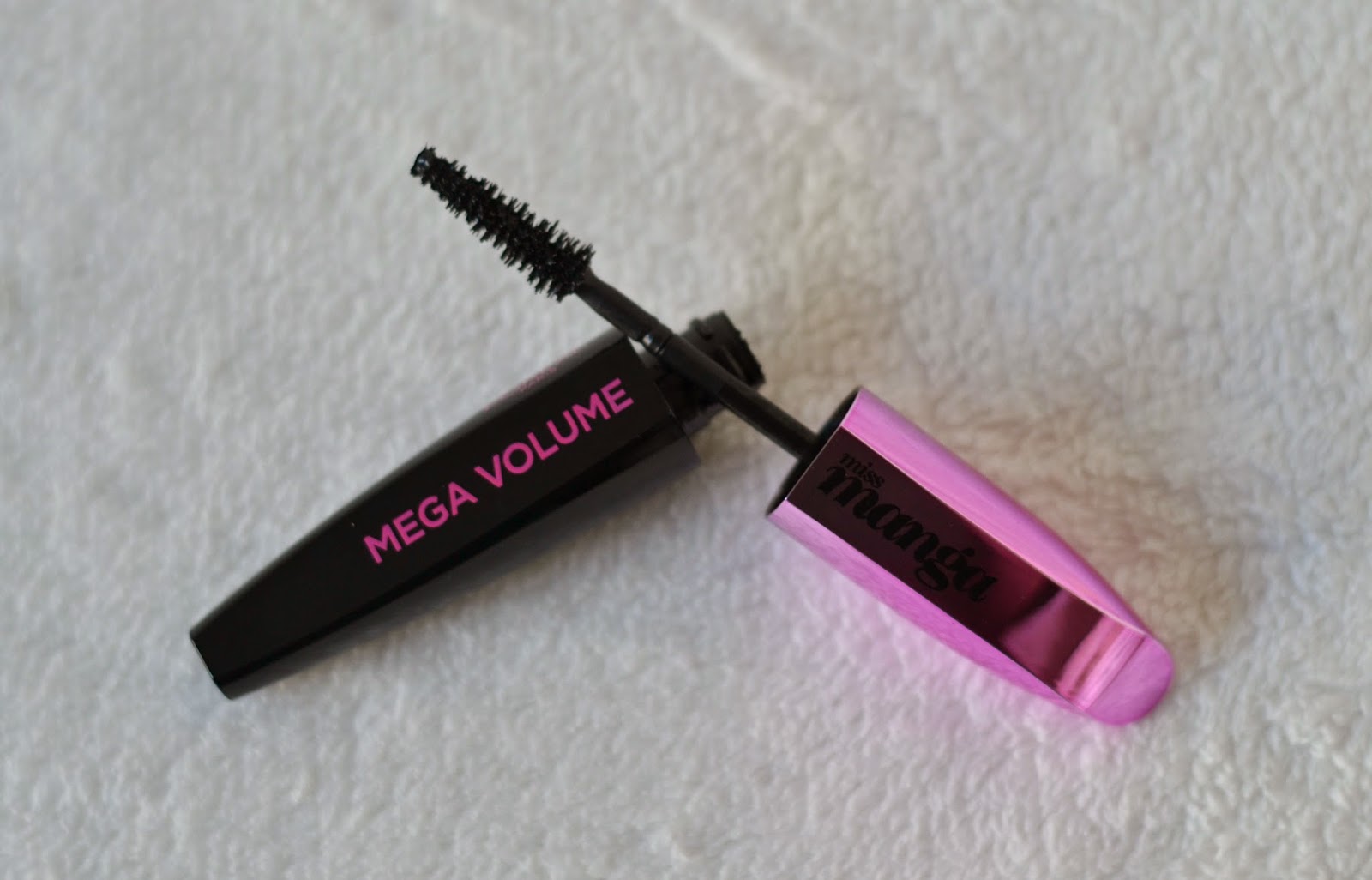 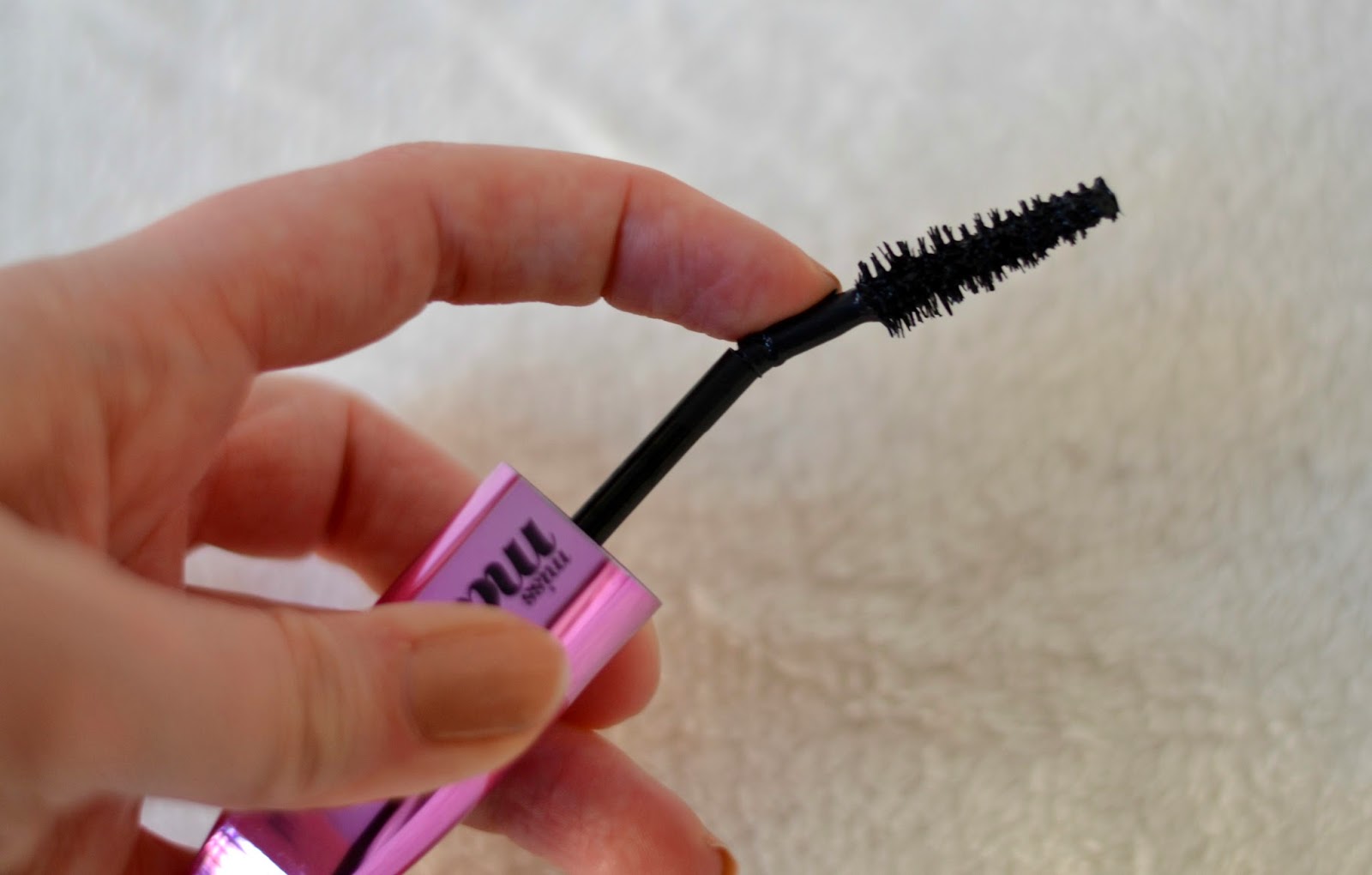 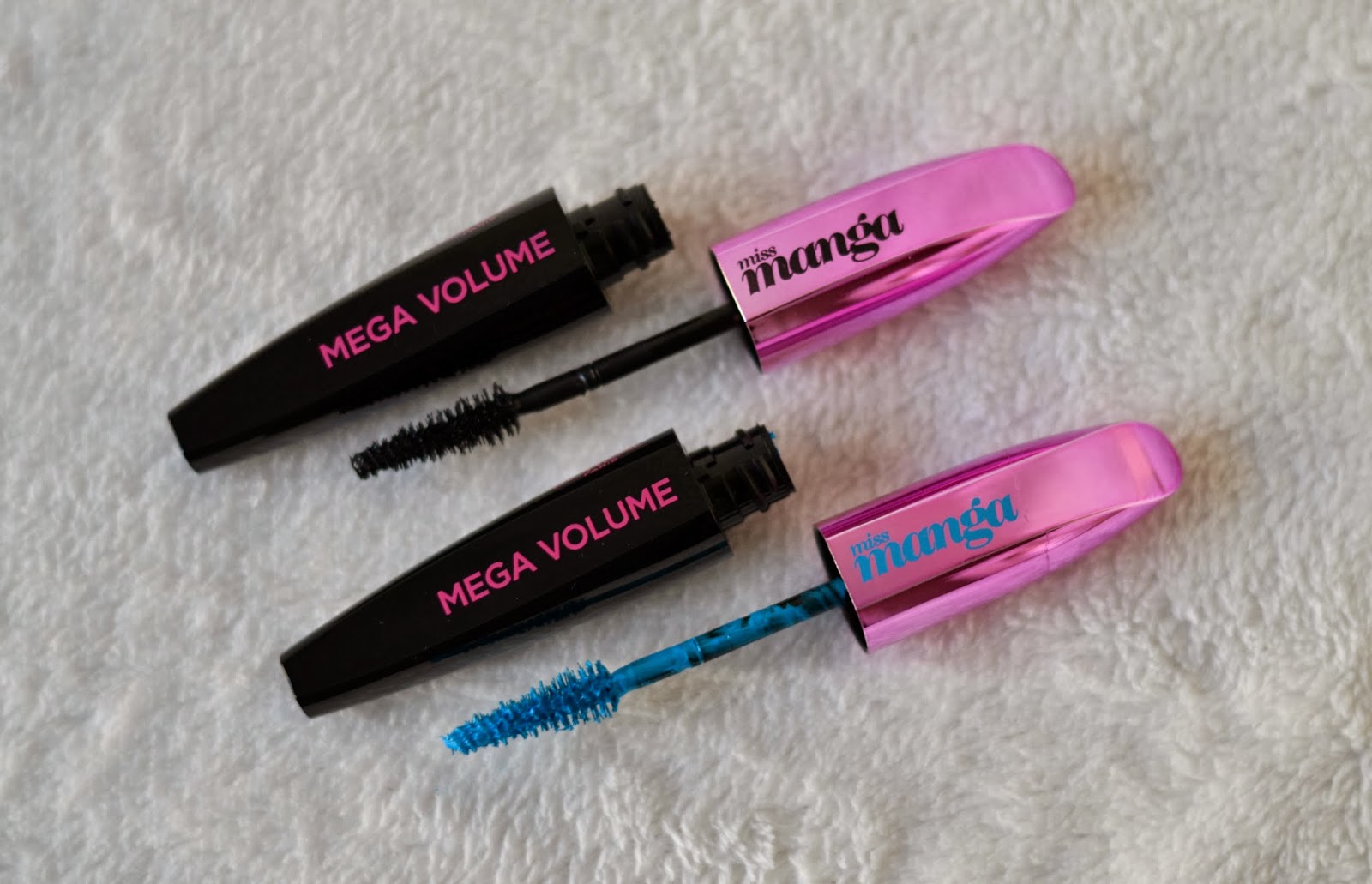 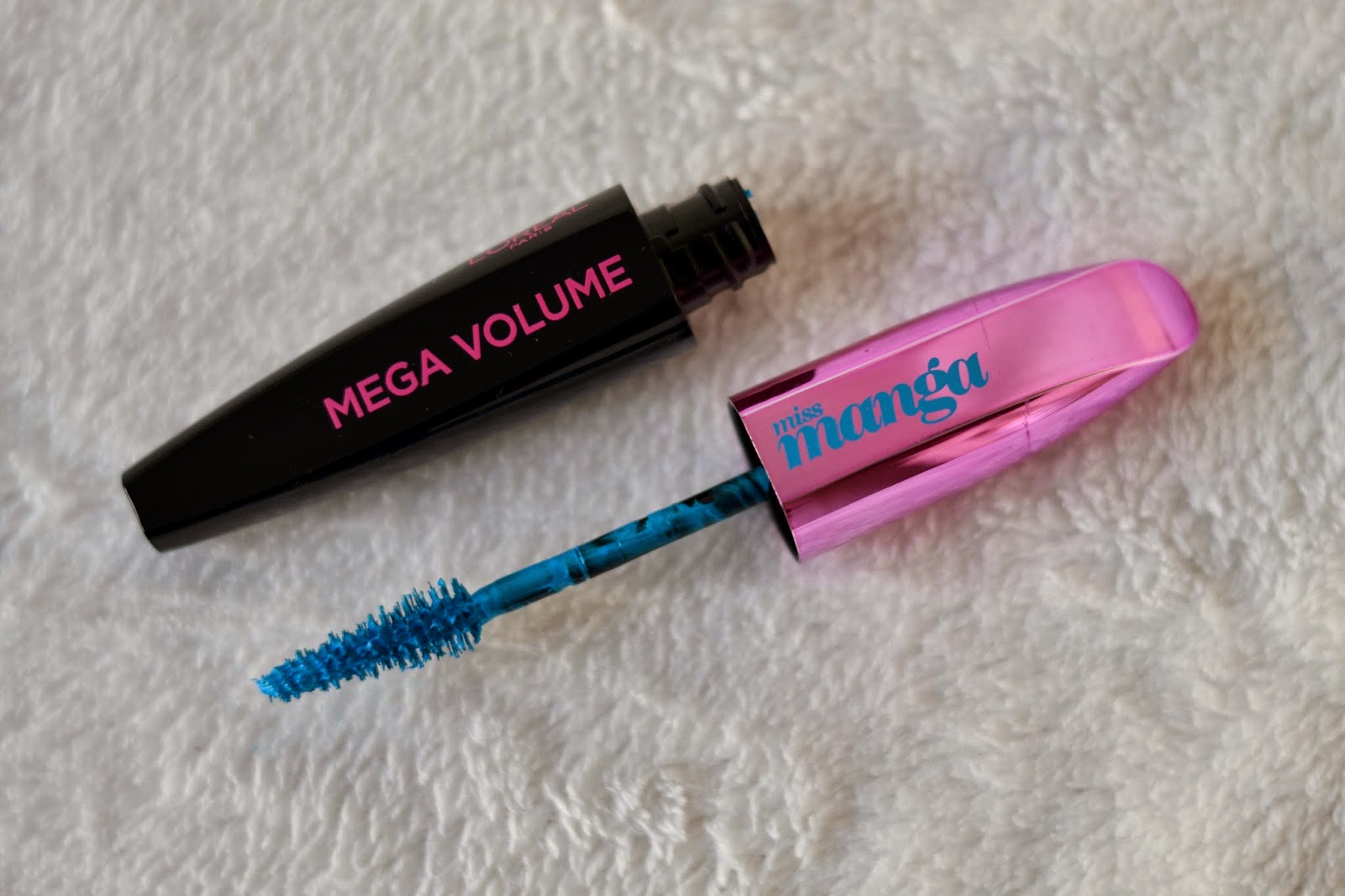 The Miss Manga mascara is available now from Boots priced £8.99.