It’s hard to believe the original ‘Daisy’ scent was launched by Marc Jacobs way back in 2007. In the six years after its launch it became an iconic scent and provided an industry revolutionising bottle design – so much so that even Justin Bieber used it as inspiration for his debut fragrance offering. Although many variations and fragrance expansions have been launched since, the ‘Daisy’ franchise just keeps on growing and growing. Their latest addition, simply called ‘Delight’, compromises of the original ‘Daisy’ scent as well as the ‘Eau So Fresh’ version that I’m a big fan of. Described as “splashy, sun-drenched florals in the most vivid shades of the season,” these two new scents are both delightful and vibrant. 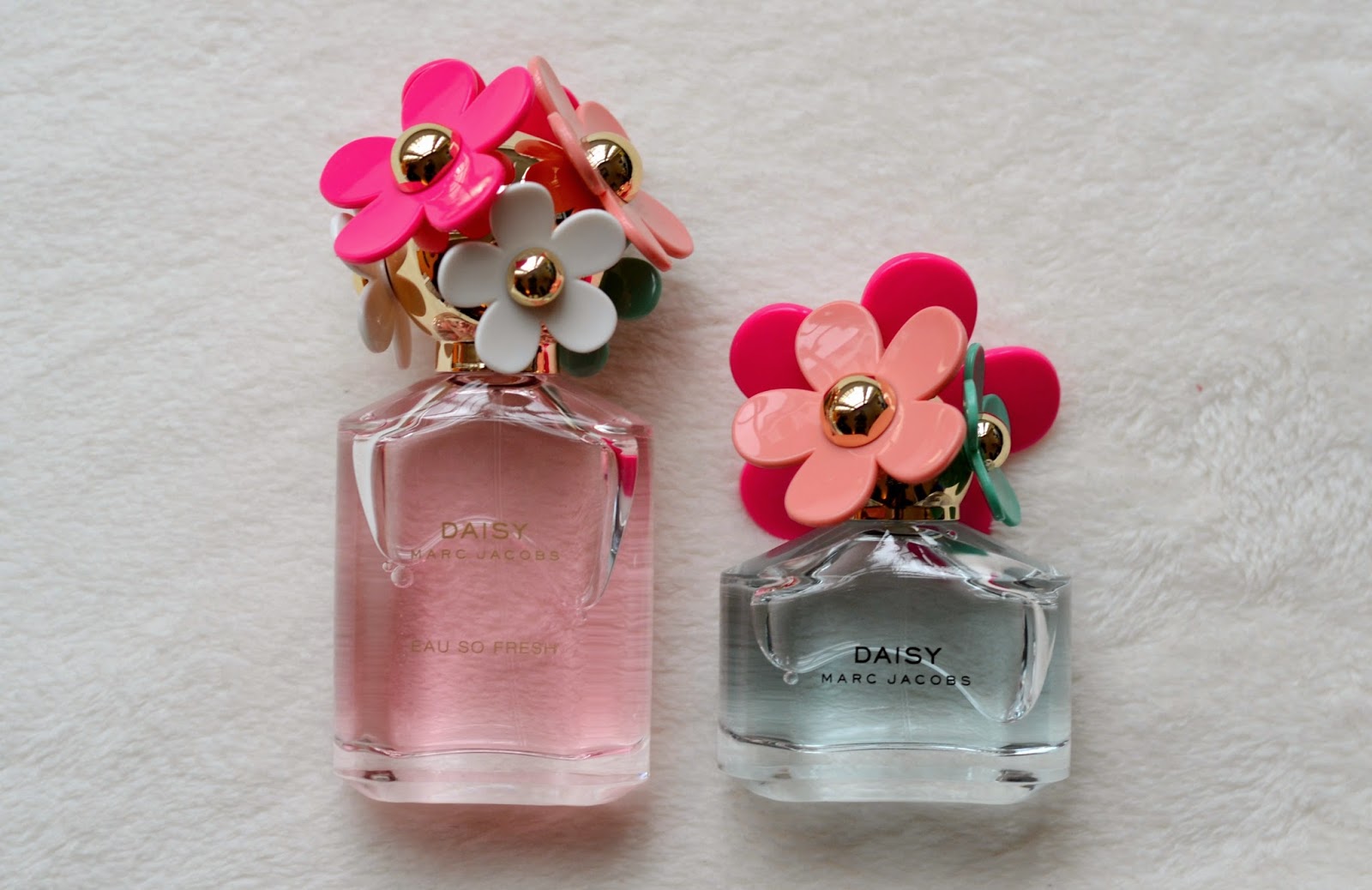 These new fragrances are perfect for moving into the new spring
season, offering something slightly brighter and fresher than the
previous ‘Daisy’ scent (which could become a bit too heavy when worn
alone.) ‘Daisy Delight’ contains notes of apple, freesia, iris, people,
cedarwood and sandlewood, providing a juicy base that lightens to leave a
muskier scent. ‘Daisy Eau So Fresh’ is perfect for spring days,
containing notes of blood orange, pink pepper, white tea, violet,
raspberry, apricot and amber – rather like a fruit salad in a bottle!

The
cap design of ‘Daisy’ has become synonymous with Marc Jacob’s
fragrances, and
these two new bottles don’t disappoint. Containing bright and bold
shades of pink, magenta and turquoise, these look amazing on any
dressing table and almost justify the splurge alone. If I had to vote
for the best bottle design of any fragrance in the history of perfumery,
these would be way up there. If you’re a fan of ‘Daisy’ fragrances
already, then I guarantee you’ll love these new additions; if you’re new
to the franchise, then ‘Daisy Delight’ is a great introduction to a
collection that will just keep growing and growing. 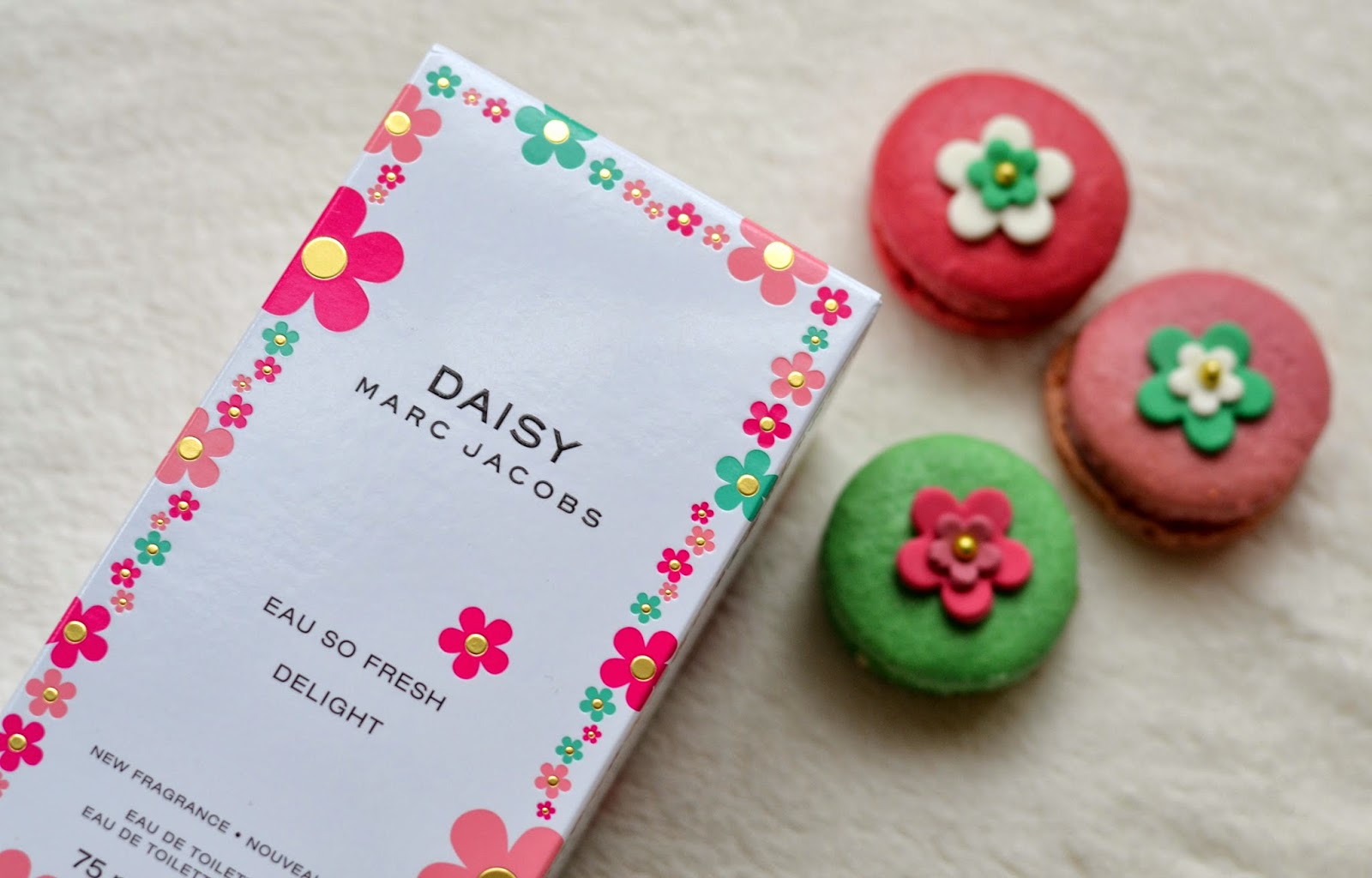 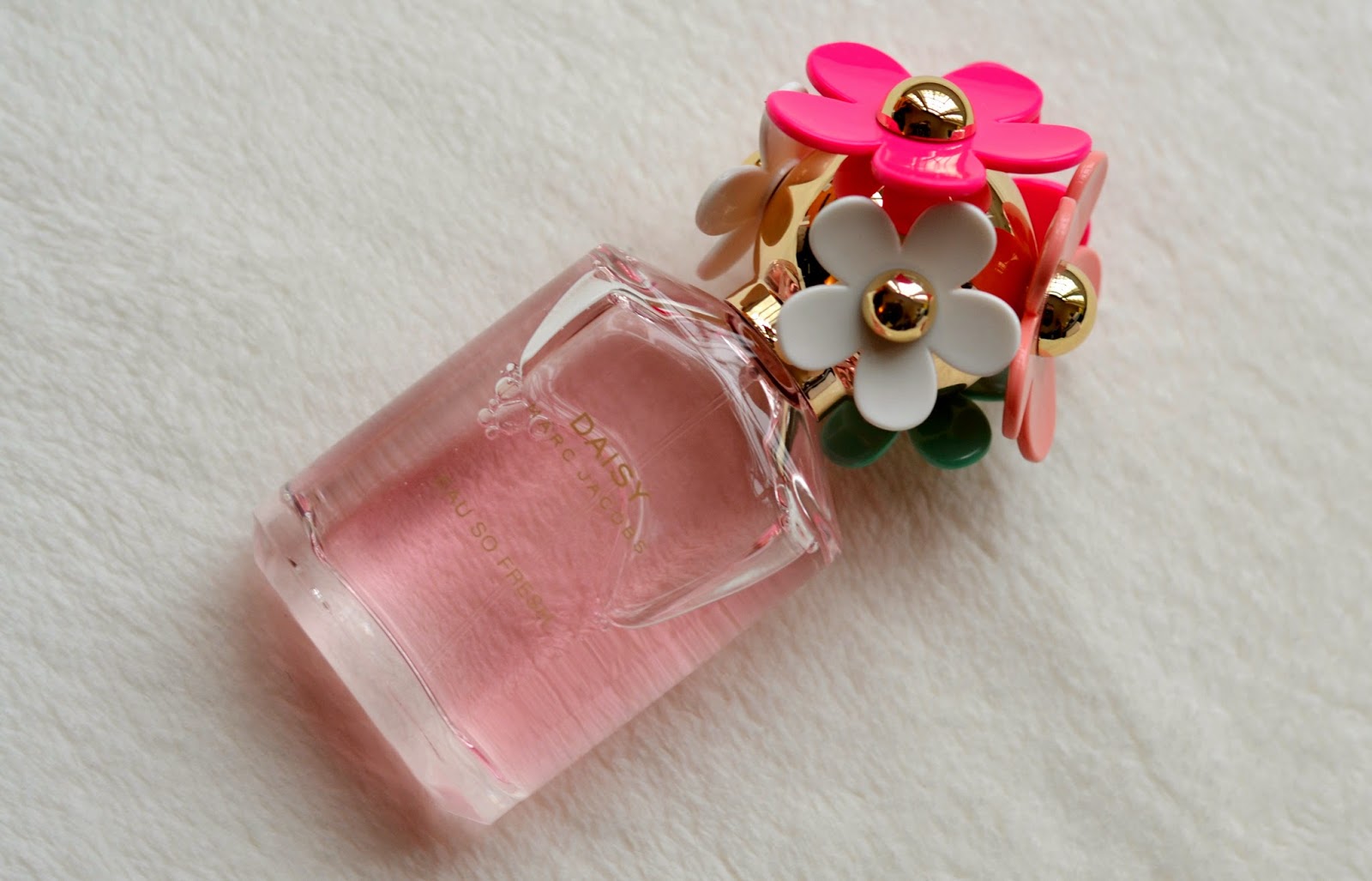 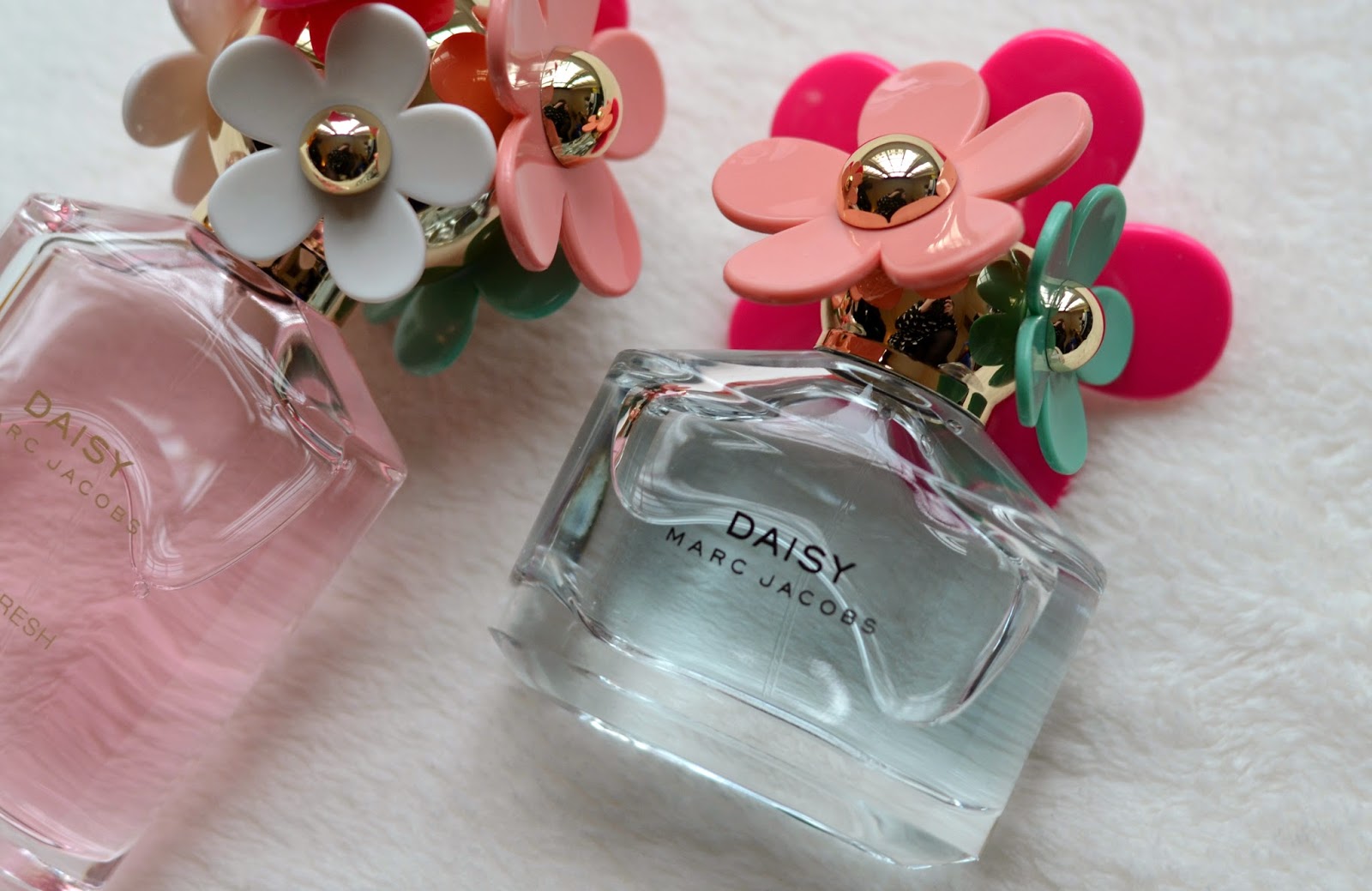 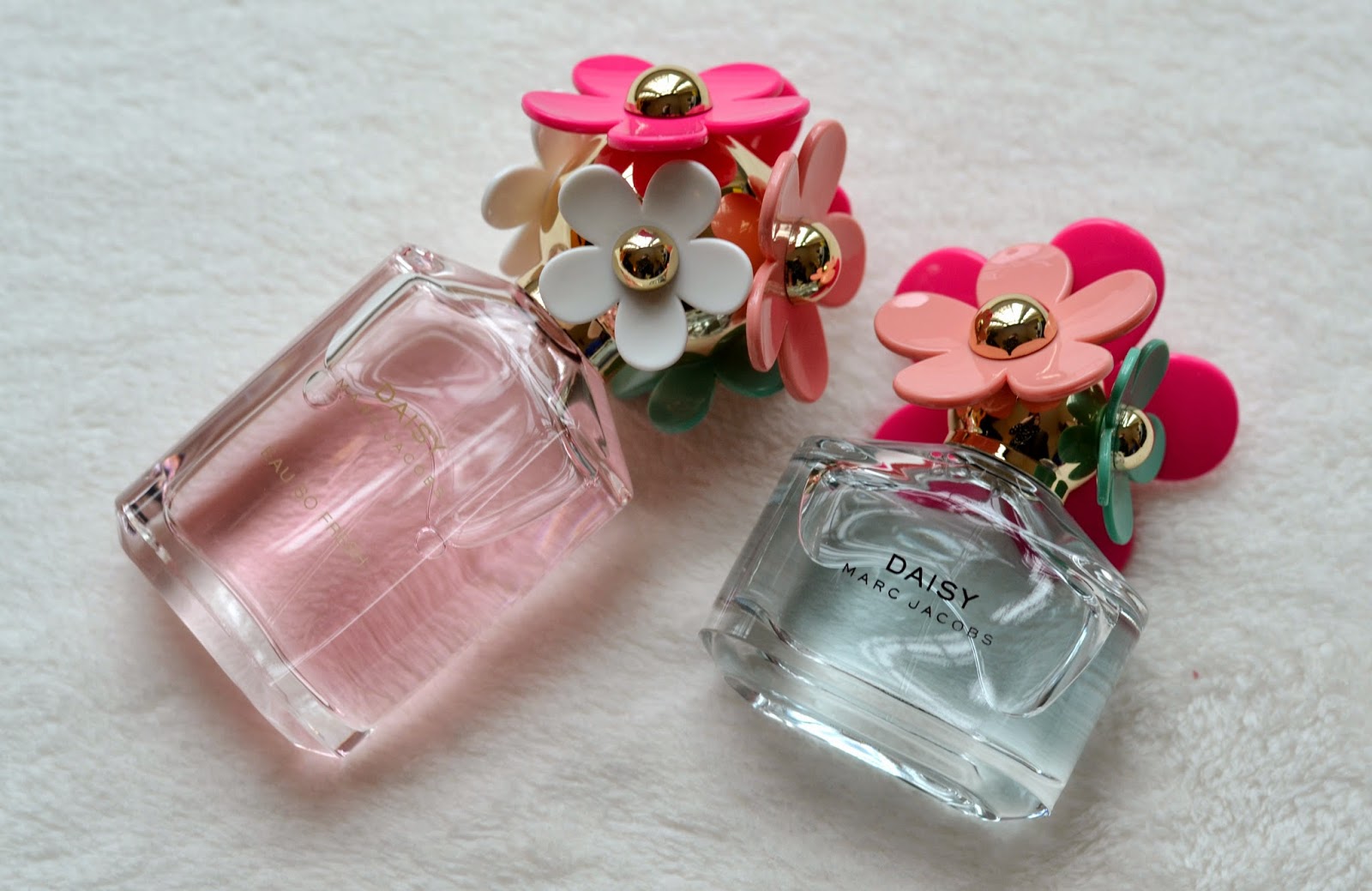 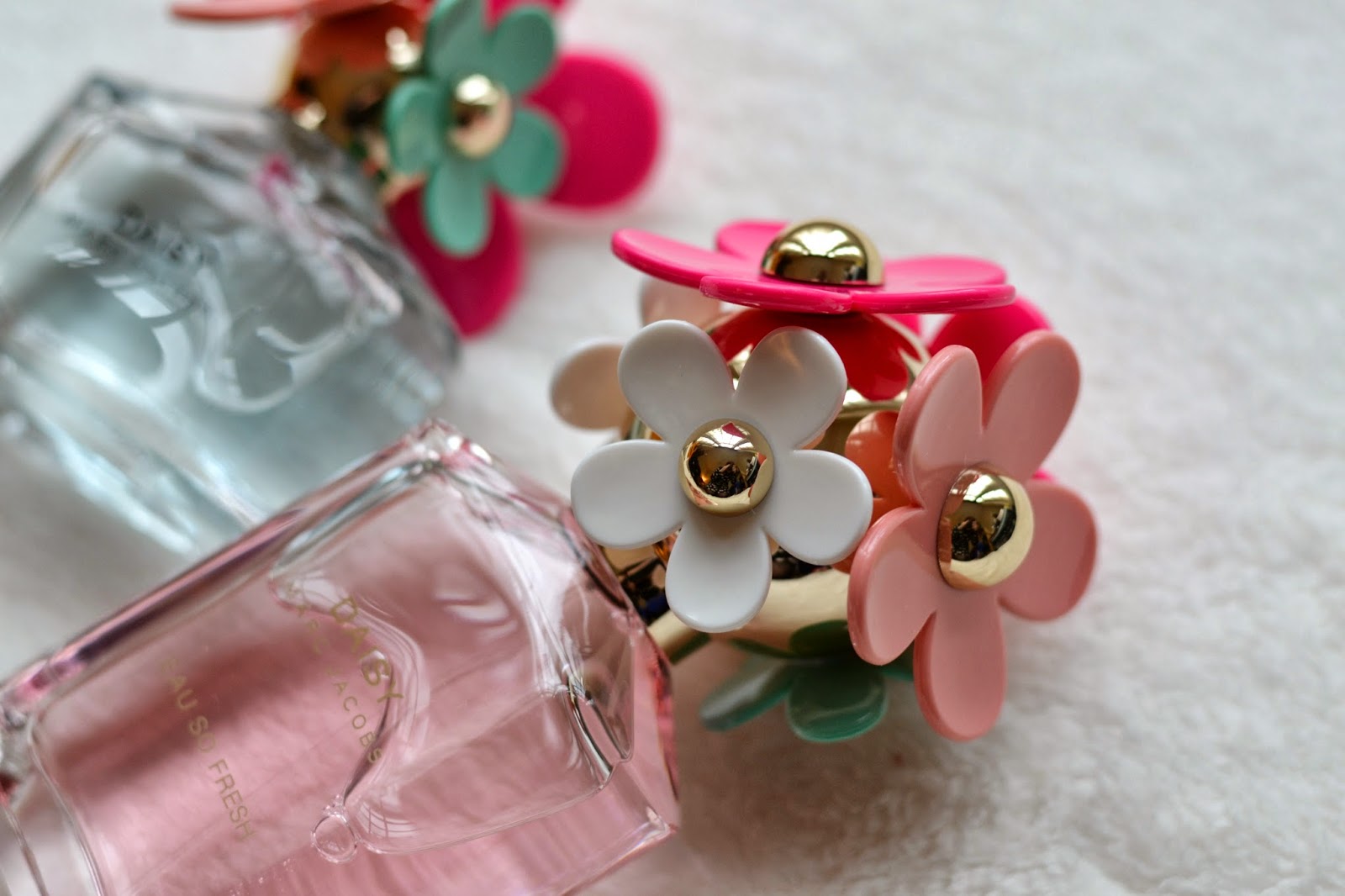