Come on, admit it. How many of you got a perfume for Christmas that just really isn’t you? How many Aunts, rubbish brothers or unobservant boyfriends gave you something more suited to your younger sister than to your sophisticated nose? Maybe you were the recipient of something a little to extravagant for your simple tastes, or just that you’ve been given five bottles of the same thing. Escentual.com have conducted a survey which shows that 41% of women in the UK have received at
least one unwanted perfume in the last year, which amounts to over 11 million unwanted
bottles of scent. Over 40% of women in the UK have revealed that they strongly dislike at least one of the perfumes given to them for Christmas, and would hide it around the house (or use it as an ornament or paper weight,) rather than use it. To put all that smelly stuff to good use, Escentual.com have launched the UK’s first ever Fragrance Amnesty (#FragranceAmnesty) – any unwanted perfume sent to their offices will be donated to Give and Make Up, a charity close to my heart which passes on unwanted beauty products to women’s domestic violence shelters across the UK. Not only that, but for your good deed Escentual will also give you a £5 voucher to put towards another perfume of your choice. The Fragrance Amnesty (#FragranceAmnesty) will run throughout January and any unwanted perfume sent to the Escentual.com offices will be passed on to Give and Make Up, so that women in need may have a little sparkle in a very dark time for them. 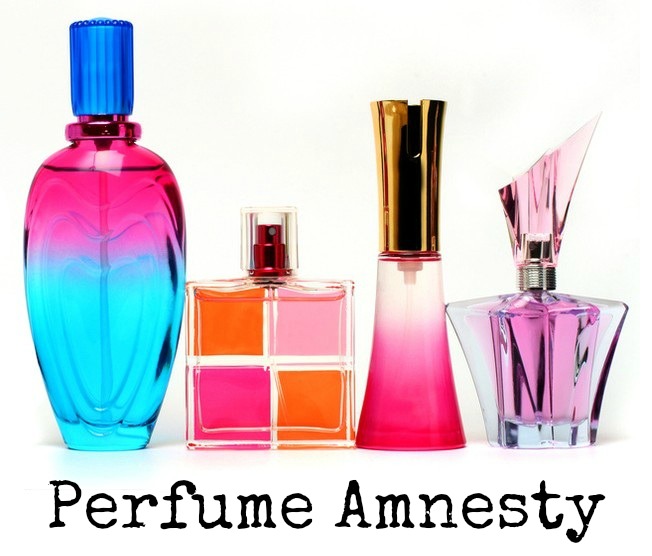 Give and Make Up is a charity that provides women in shelters and homes with access to beauty products. To find out more, visit www.giveandmakeup.com. The bottles should be sent to Escentual.com, Give and Make Up, 63-67 Wellfield Road, Cardiff, CF24 3PA.

To be eligible for £5 off simply tweet to @escentualdotcom a picture of
the unwanted fragrance with #FragranceAmnesty, stating which perfumes
you’ve liked in the past. Advice on what new fragrance to choose will be
given by top perfume expert Thomas Dunckley.