It’s not every day you get a little note from Alesha Dixon in the post… She wasn’t just telling me how she got really into the athletics and was looking forward to X Factor, but introducing me to her very British limited edition nail varnishes for Avon. In her own words, it’s a great year to be British so it was a natural decision to handpick shades of red and blue to put her name to. (Even the Queen doesn’t get that.) There are two shades which will be available in the next couple of weeks: Red Reveal and Inky Blue. Refreshingly unusual shades of traditional colours, these polishes sparkle on hands to create a little ‘wow’ factor. I’m a big fan of this range and have written about it before – the formula is thick without being gloopy, it applies to nails extremely well, the colour result is true to pack and it lasts quite a few days without chipping. 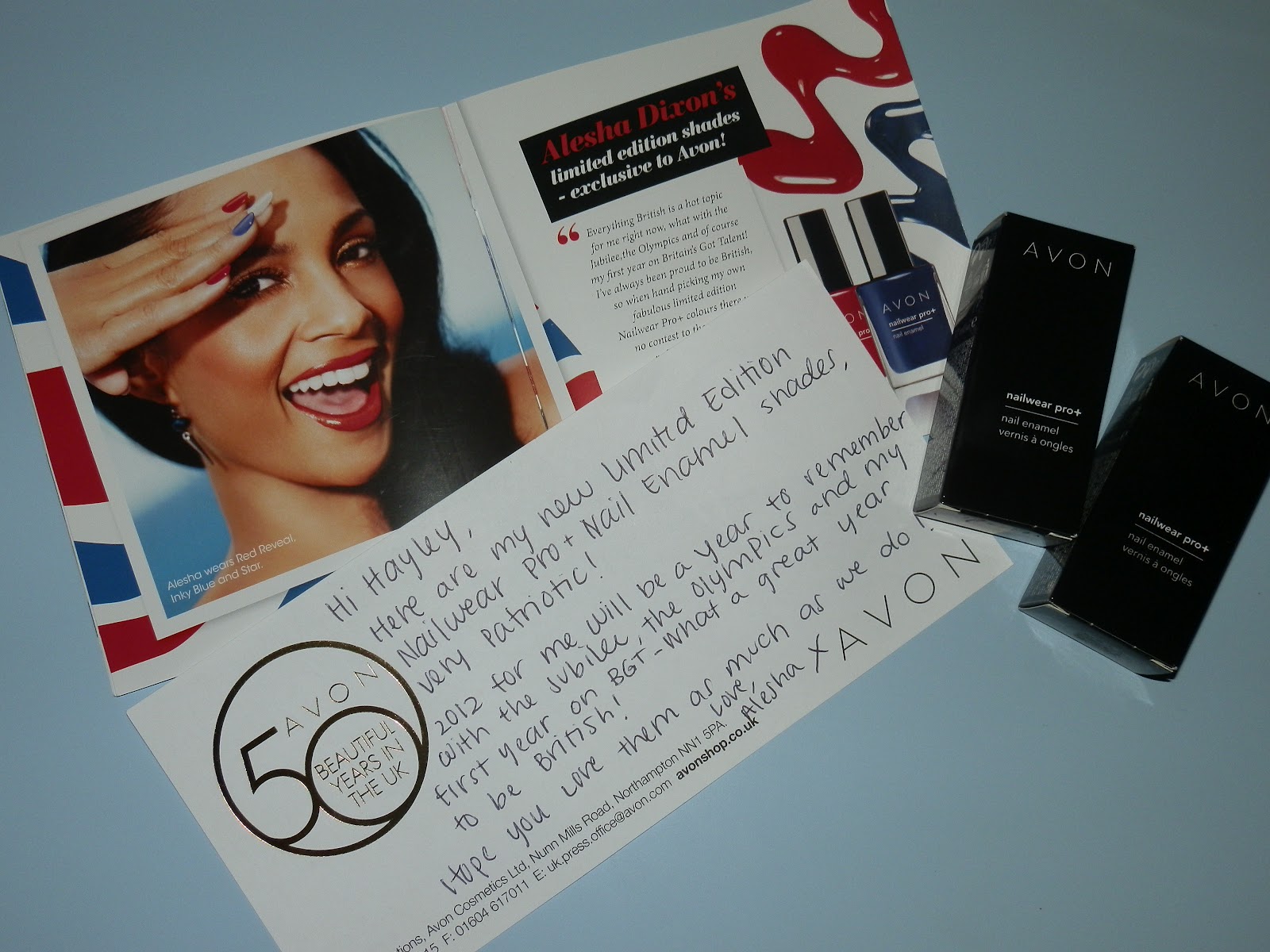 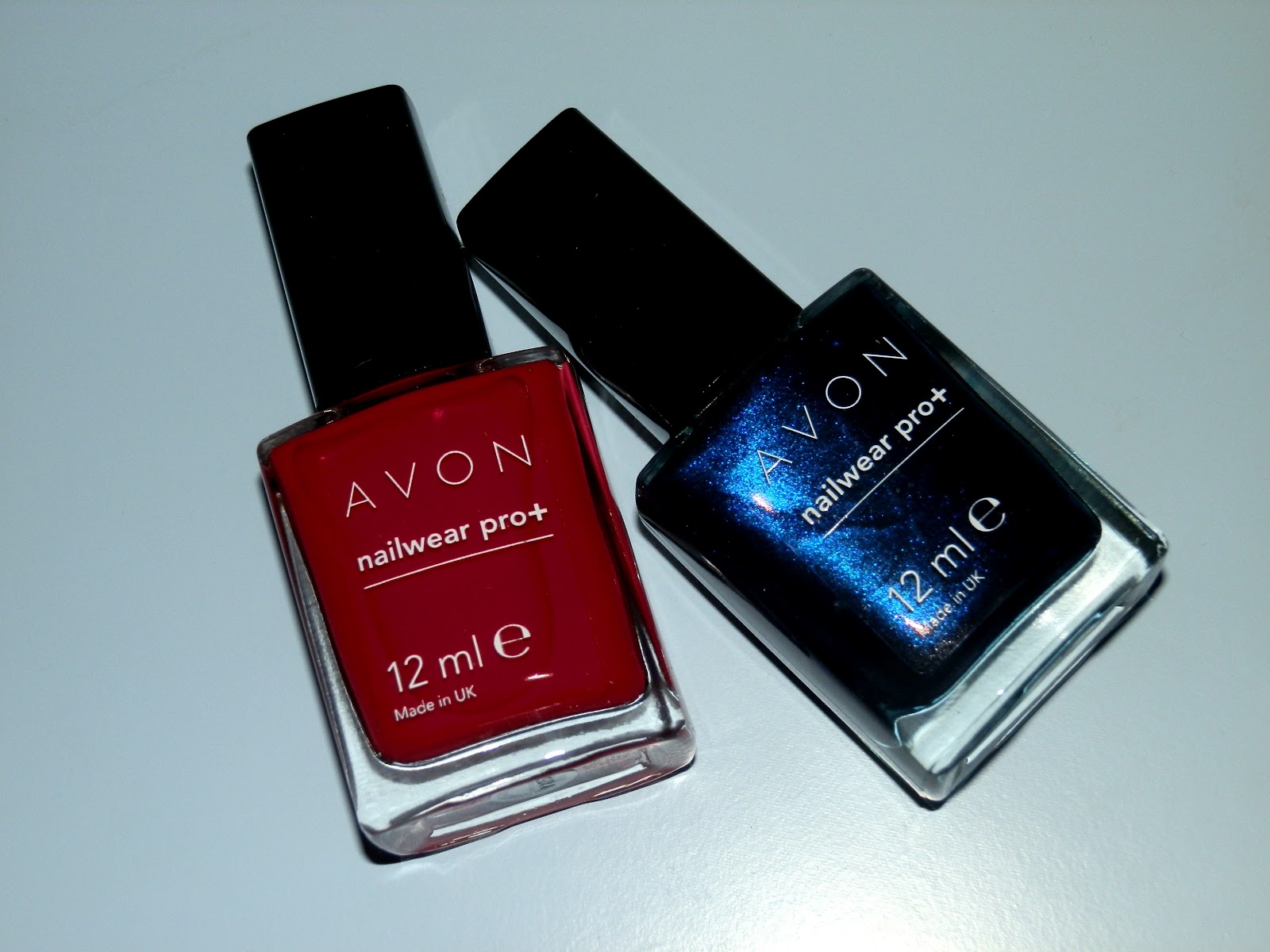 The red has a hint of orange to it, so it’s a perfect mid-season colour. It’s not a vixen or intimidating red, but one that can complement cooler skintones and be matched to a red-orange lip. The blue shade catches the light to reveal depths of colour and shine, which makes it extremely difficult to photograph! On first glance it’s a very dark shade, but as it moves you can instantly see the lighter more reflective hints that make the overall hue. Both of these apply to the nail well, although the blue’s brush was a bit damaged and made it a little more difficult to apply accurately, and look great after two coats. These did chip a little more than the other shades in the range I’ve tried, lasting only two days before I took the polish off and replaced it, so this definitely needs a sturdy topcoat to hold it in place. Lets continue the British theme of 2012 right down to the tips of our fingers. Why not even try a little nail art and use one of the shades to create a statement nail like I have? 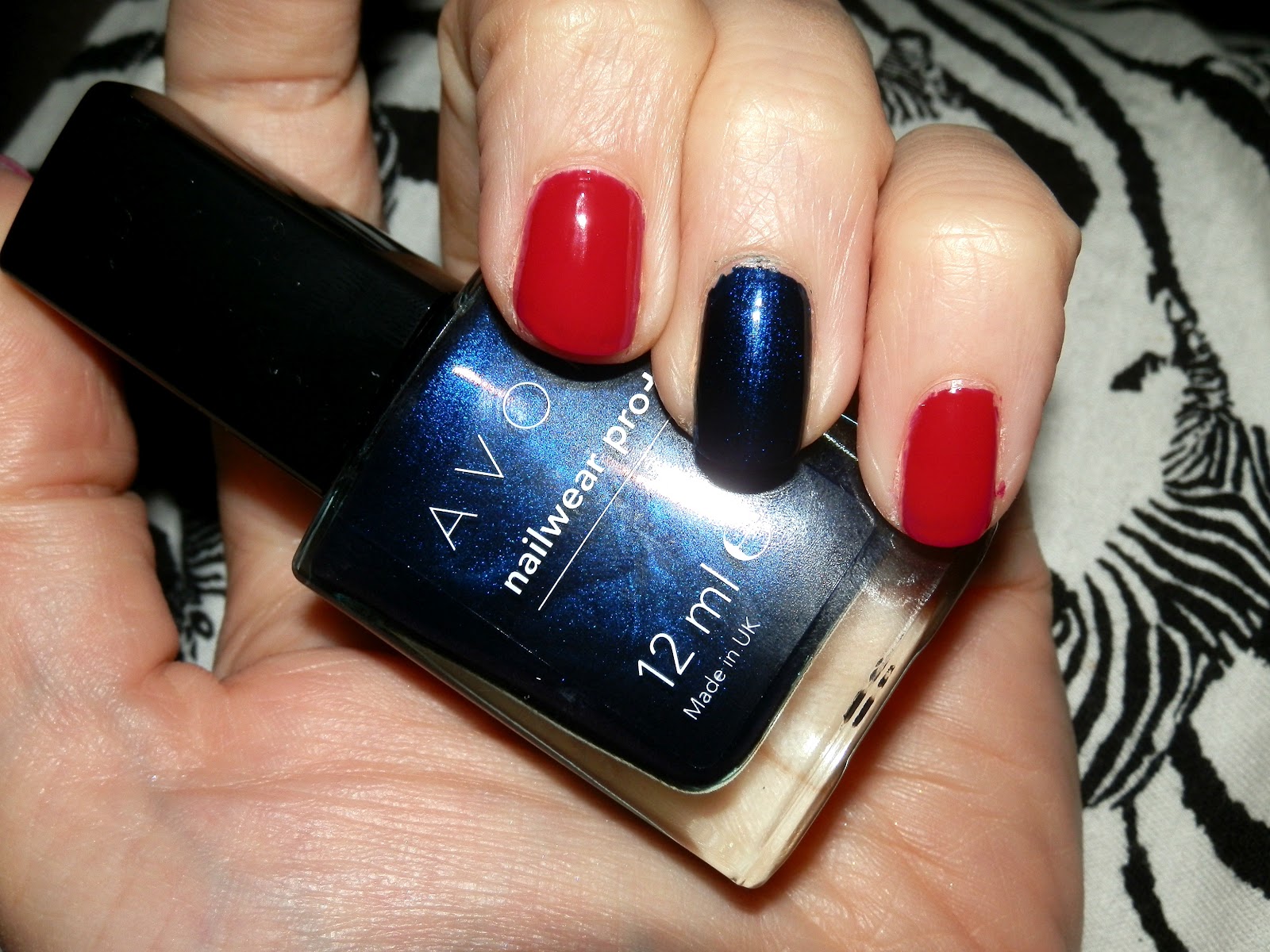 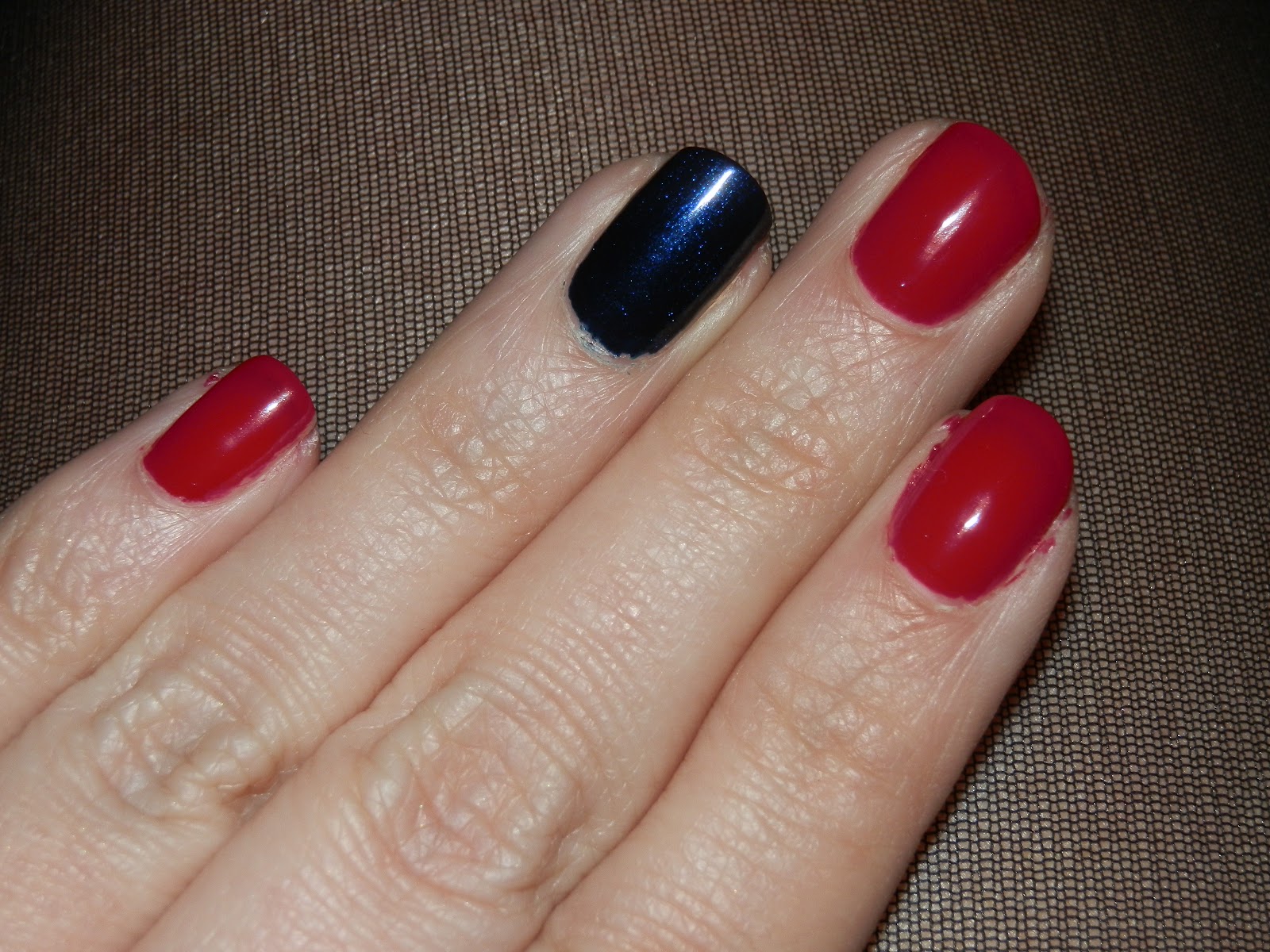