If you’re of the same generation as me, ‘girl power’ is something that’s stayed with you since the Spice Girls were in mega platform shoes. Girl power meant the ability to do anything you set your mind to, to make whichever choices you wanted to, to reach for the stars and be your own person no matter what. But what if that simply wasn’t an option for you? What if you didn’t have the choice of a career, the choice to travel the world or achieve your dreams? What if you didn’t even have the choice to start a family if and when you wanted, or even the choice to use contraception? What if, at the age of 12, you were married off and by the age of 16 you had given birth to four children? This is the reality for millions of women across the world. This week I was lucky enough to meet and talk to a young girl from Ethopia called Aselfe. She’d come to the UK to share her story and generate support for a pledge that’s taking place on Wednesday 11th July 2012. More details on that later, but this is the story behind the campaign…

Hundreds of thousands of women and babies needlessly every year because millions of women don’t have the power to plan their families. Providing more condoms, injections and pills is crucial, but so too is making sure that women are empowered to decide when to have children: 4 in 10 pregnancies in the developing world are unplanned. Big families mean parents aren’t financially able to take sufficient care of their children, so many die needlessly. In Ethiopia the average age for marriage is 14. They receive no sex education and often don’t even understand that sex can lead to pregnancy. Contraception is a total taboo: 220m women around the world want access to contraception and advice but don’t have it. Although it’s unusual to get to adulthood without having a child, the religiously tied society believes you’re too young for information until you’re well into adulthood. When Aselfe wanted to find out what her options were she only had access to a call line – there’s no availability of family planning services, a health clinic or doctor’s surgery.  They wouldn’t give her advice because she sounded too young on the phone, so they left her to her own devices. She’s 17. ‪Can you imagine being told you were too young to understand the birds and the bees at 17? 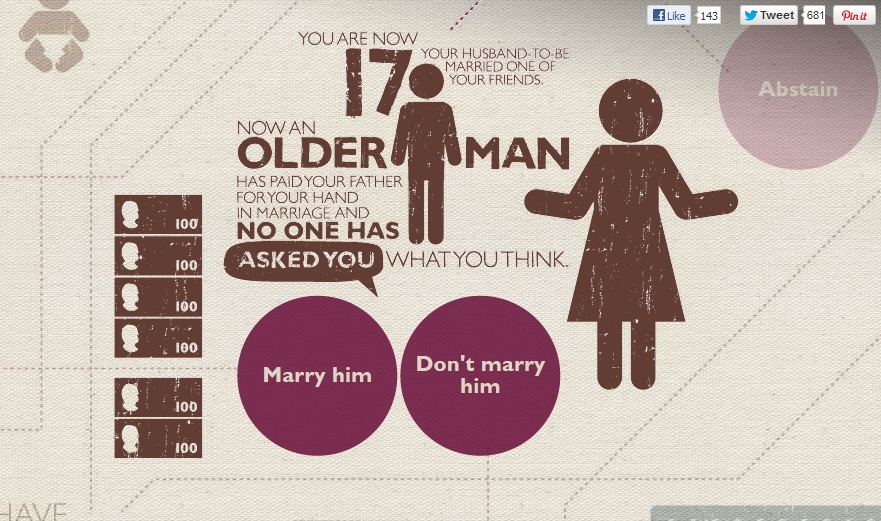 Aselfe is campaigning for age appropriate education for boys and girls to be fully implemented into the Ethiopian school curriculum, ensuring all children (as well as adults) are aware of their options and understand how their bodies function. We were told a heartbreaking story of a young girl that really stayed with me… The girl started her periods for the first time and went home from school to tell her mother, expecting some supportive words and explanation of what was happening to her body. However, because her mother was only 10 when she was married, she had never experienced a period herself before marriage. She therefore associated menstruation with sex, presumably a ‘side effect’, and threatened to throw her child out for engaging in sex before marriage. How can such ignorance exist in the 21st Century? We’re in 2012 – this is simply not acceptable. Save the Children are trying to protect young women and prevent unwanted pregnancies. Pregnancy is the biggest killer worldwide ‪so it’s time we all stood together to do something about it.

The responsibility lies with government to make commitment and change – contraception provision is only half the story and the focus needs to also be on education. The government of Ethiopia is making a huge effort for change themselves and have already raised the legal marriage age to 18, but there is a long way to go. The Family Planning Summit is taking place in London on 11th July and it’s a once-in-a-generation opportunity to make real progress. As well as funding increased access to contraception, we want world leaders to agree to the following commitments:
1. Access to contraception: all women, everywhere, must be able to access safe and reliable contraception. 2. Empowerment: women everywhere must have the power to plan their families; they must have rights and protection enshrined in law. This must include equal access to education, including sex education, to ensure contraception is used effectively.
With your help we can persuade world leaders to agree to commitments that would mean by 2020 nearly 3 million fewer babies would be dying, there would be more than 100 million fewer unintended pregnancies and 200,000 fewer women and girls dying in pregnancy and childbirth.‪ This is such an important cause and something that shouldn’t need to be a privilege – choice, education and contraception is a right. 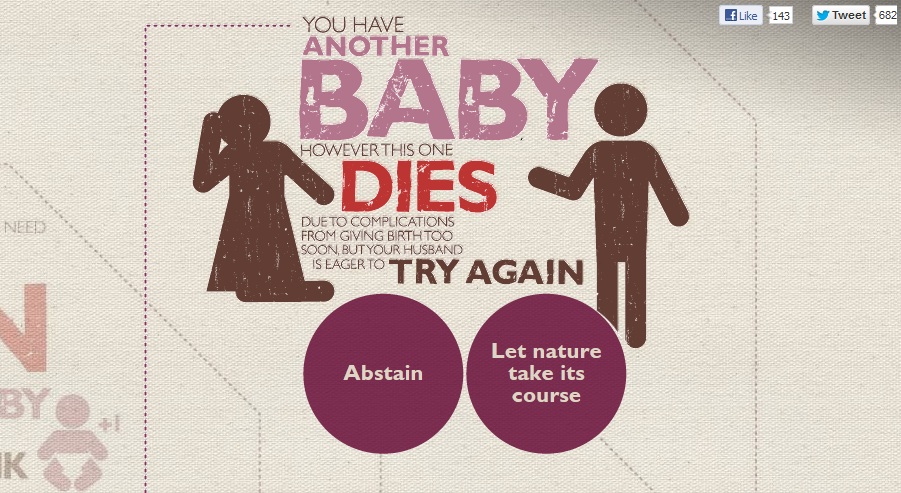 Save the Children have developed a fantastic game which really drills home the lack of choice so many millions of women have. I’ve been extremely fortunate that I’ve been able to follow my dreams, develop a successful career, go where I want and do what I want since the age of 18. I simply cannot imagine not having a choice in my future; I cannot imagine not having the choice of contraception or being forced into marriage before I’d fully left my childhood. There are a few things you can do to help this cause and I urge you to support us… You can sign the petition, you can tweet the Prime Minister (@Number10Gov) and you can use the hashtag #givegirlspower at 11am on Wednesday 11th July to show your support. You can watch the videos, you can play the game and you can share this on every network possible. Together we can stand to give girls power. Together we can make a difference.