Yesterday I read something that made my blood boil. Blood was literally curdling in my veins whilst my ears were exploding with steam like a cartoon character. This wasn’t some horrendous news story or anything dramatic in the news, but for me it was the moment that one of my favourite sites went too far. Before going into detail I have to say that I’ve always been a huge fan of Heat magazine. I love its tacky stories, its glossy kiss and tells, its sensationalism and its obsession with reality telly; it’s been a guilty pleasure of mine since its very first issue and during University I had a subscription delivered to my door every week, whether or not I actually had food to fill my belly with. I’ve got the ‘Celeb Diaries’ accompanying book, I visit heatworld.com daily and I even got given an annual for Christmas once. My name is Hayley and I’m addicted to Heat.

What made me really mad yesterday though is that my beloved trashy destination had taken one step too far over the bitchy line, leaving the comical observations behind in favour of pure unnecessary bitterness. We all know they love to point out TOWIE stars bad tan lines, Britney’s patchy roots and pull apart Michelle Heaton’s outfits, but just being a cowbag for the sake of it…? Not good heatworld, not good at all. If you want to read the offending piece then you can do so here. Needless to say the first line gives you a pretty good introduction to how the rest of the ‘article’ pans out: “Dear oh dear, Abbey Clancy, what on earth have you done to your face?” And that was probably the least insulting line of the lot. 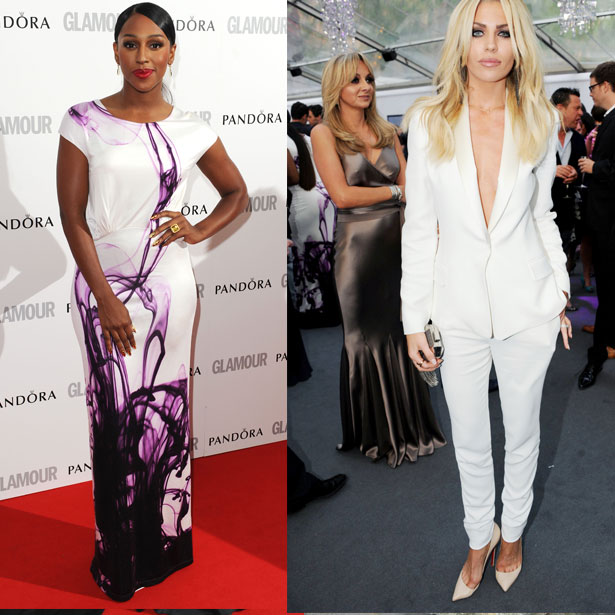 The article was the third installment in the Glamour Awards outfit dissection, namely the ‘bad’ category. Normally this means a character from TOWIE flashing some minge, a soap star decorating herself in more diamantes than a Swarovski factory or a WAG attempting to rock a catwalk look and failing miserably. What I didn’t expect to see was actually a pretty good range of decent outfits that would’ve otherwise been plopped in the ‘good’ pile… Heatworld are you now slating women just for the sake of it? Exhibit 1: “Alexandra Burke wore a printed Delia Covezzi gown, but she might aswell have just bought a cheap white dress and asked a child to chew the end of a biro until it exploded all over it.” What about saying that it was a lovely, simple chic dress that flattered her figure and nodded to the on-trend patterns we’ve seen coming through from the catwalk this season? Nope, you want to make her feel like she’s wearing a Primark dress that someone has conveniently styled with a felt tip. Ok then…

Exhibit 2: “Amanda Holden, dress your age please! You look like a 15 year old going to a prom in your white lace Jacques Azagury dress.” Really, you used the ‘dress your age’ line? For a woman in her 40s I think she’s looking pretty fabulous – if I had a figure like her at my age I’d be over the flipping moon. You don’t praise her for her classic style choice, her stylish accessories or how she wears white so well considering it’s such a hard colour to pull off? Nope, you choose to pull her apart and compare her to mutton dressed as lamb. Exhibit 3: “Alesha Dixon went for the most mullety of all mullet dresses (which are our new-found fashion hatred anyway), which looked like it was from an Eastend market stall… The gold caged sandals and long necklaces put the finishing bad touches to the outfit.” Ok, so I may not like the dress myself, but she’s worn a lot worse. A LOT worse. She’s paying tribute to the floral and dip-hem trends, looks uber beautiful and has legs to die for. As for the sandals, I’ve got some quite similar myself so whatcha sayin? 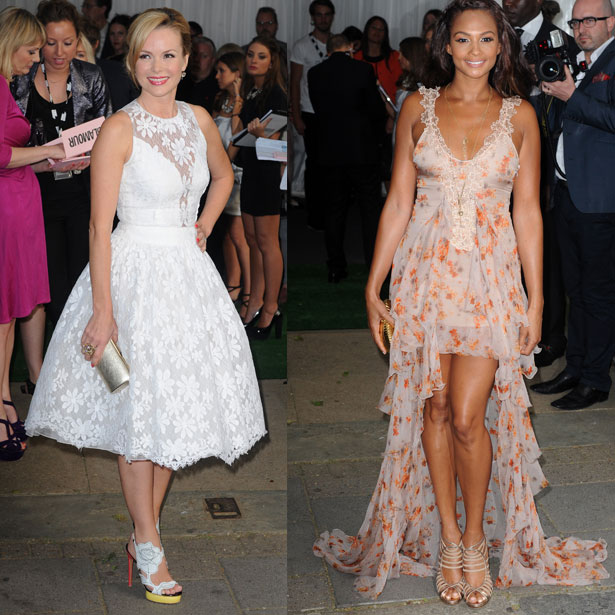 Exhibit 4: “Tess Daly chose a bizarre printed grey, black and silver dress… It’s all a bit too matchy-matchy for our liking, so combined with the dress being just plain hideous it’s a complete disaster.” A complete disaster? A. Complete. Disaster. How absolutely dare someone match their shoes to their bag, let alone even attempt to wear a dress with a PATTERN on it. Have they never read Vogue? Hang on a minute, have YOU ever read Vogue? This is where I actually had to stop reading and rub my eyes to make sure I wasn’t dreaming; heatworld had really just started being a complete bitch just for the sake of making content. They crossed a line and started throwing insults in an attempt to be comical, forgetting the fact that we’re all free to wear what we like and not be put in the stocks for choosing to do so.

Who made them judge, jury and executioner? There’s one thing pointing out a Bjork-esque fashion fail, but picking fault in everything just to make themselves feel like a fashion writer is not the same thing. We’re all supposed to be in this together, sticking up for our own freedom of expression and not putting eachother down because we dared to match our accessories. There was a massive backlash some time ago against magazines pointing out cellulite and love handles, so how is this any different? Reading the article I felt mortified for every single one of the ladies featured because they actually all look awesome in their own way. None of them have made a hideous fashion faux pas, none of them have flashed their knickers and there’s not a nipple in sight. Why the absolute hatred and bitterness heatworld? 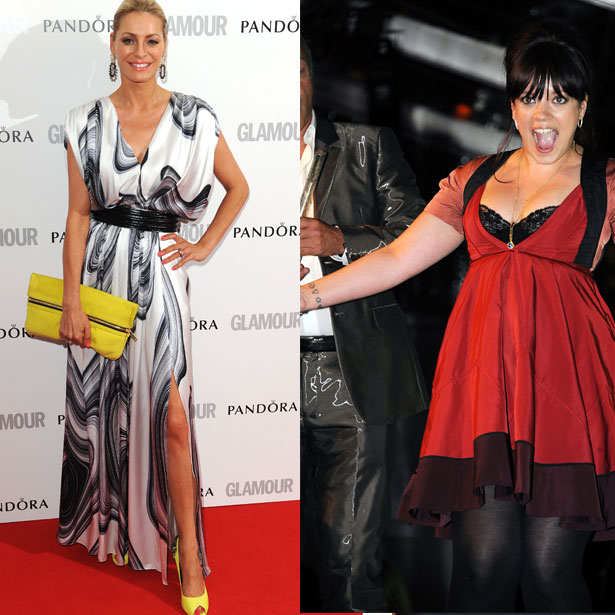 The person that wrote this could possibly be on their period, found out their cat got run over and lost a winning lottery ticket on the same day, but is that really a reason to put out such hateful and bitchy comments and classify it as entertainment journalism? I for one can say it’s neither entertaining nor journalism. It’s taking easy pops at people while sitting behind your computer being critical… In the blogging world we’d call you a troll. We all like a little bitch, to pick apart outfits and make ourselves feel better by putting celebrities down, but as a site read by many young and impressionable women you’re saying it’s fine to be a complete cow because it’s funny. Finding faults in people for the sake of it will do nothing for the confidence of young women today, with so much pressure already apparent to look right and have the catwalk clothes they lust after. It would’ve been so easy to put a positive spin on this or even actually pick some outfits that were bad (maybe there weren’t any, but that’s ok) but instead they took the easy way out.

I want to know who read and approved this, believing it was what their publication wanted to be putting out there. I tweeted this article with the comment ‘the most unnecessarily bitchy article I’ve ever read’ and the responses flooded in in agreement, pure shock and outrage that a magazine could put their name to such utter tosh. In a world where traditional magazines are struggling and e-zines are being replaced with blogs, maybe there’s an opportunity here to put out positive messages and supportive articles to the hundreds of thousands of young women in this country that could do with a little encouragement. It’s easy to be bitchy, but it doesn’t mean you have to be. As for the fabulous journalist, they finished it all off with this corker: “Lily Allen just looked horrendous and needs to put her bra away.” I have no words.

Did this make you as angry as me? Do you care either way? I’d love to hear your thoughts.

Images all taken from heatworld.com