I must have been a bit behind with the times as I hadn’t seen these beautiful images from the latest Katy Perry for GHD collection until this week. Lady of the moment (and not just because she’s currently divorcing a very British husband) Katy has undergone a ‘Snow White’ style makeover for the latest campaign shots to support the winter gift sets. I absolutely adore this 1920’s flapper style image set on an NYC roof terrace (how very friends!) It makes me want to completely re-enact it and possibly even pretend to be Lady Gaga in her ‘Edge of Glory’ video. Check out the details of the little birds flocking around her! The second image is a little bit more risque, and more traditionally ‘Snow White’ which munching on an apple, but she still looks flipping gorgeous. 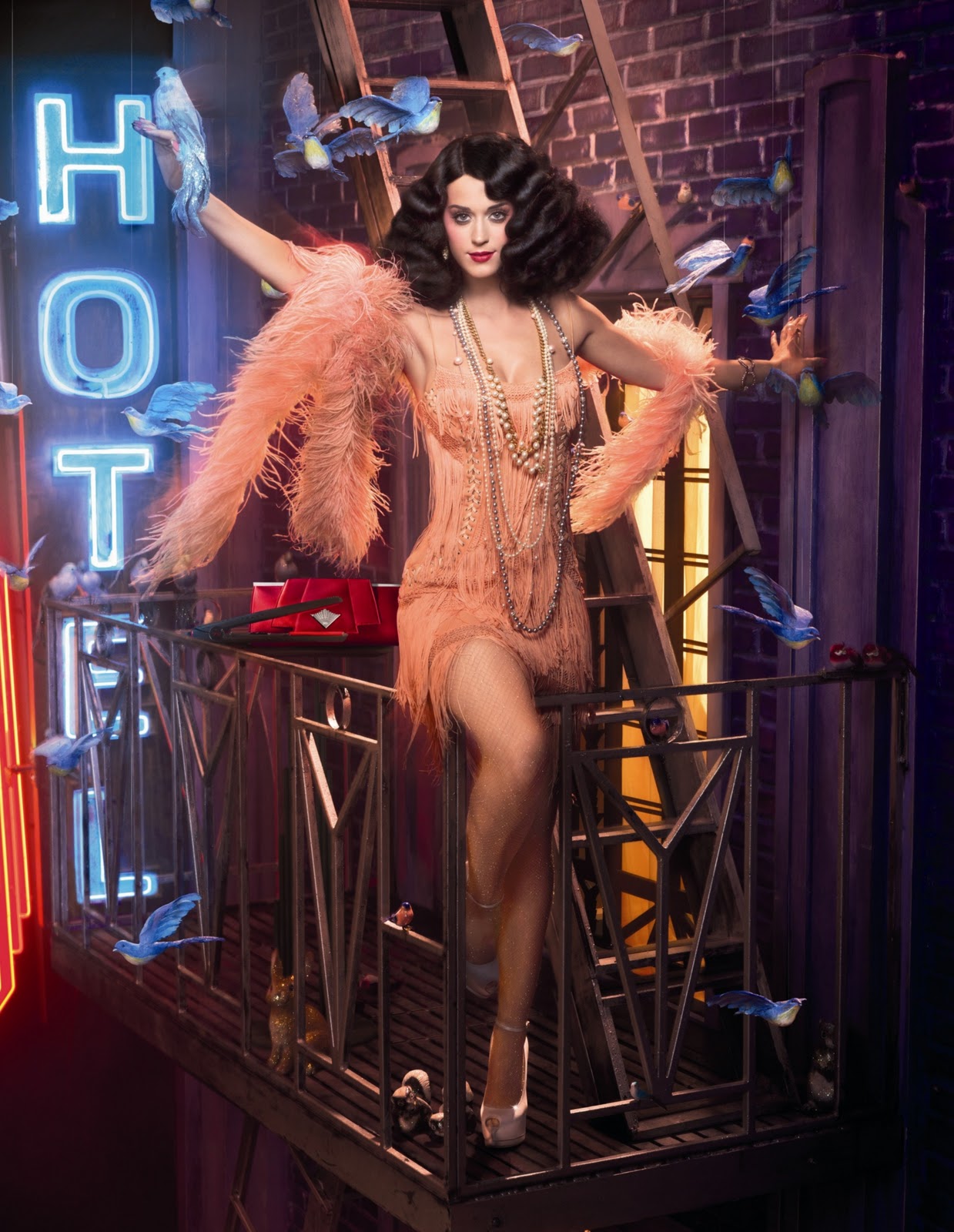 This is what Katy had to say: “The
Show White fire escape look was really cool. It was very peachy. I was
wearing a John Galliano dress. David LaChapelle is known for his
beautiful, larger-than-life sets, and the people that he works with are
very talented – they make the picture look like a billion bucks. There
were lots of little birds hanging around so I felt like a princess, like
Snow White, and I was singing and talking to the birds as they
fluttered around me. I would maybe wear something like this again. I
liked the glittering fishnets I got to wear with it.  I liked the hair –
it’s super frizzy. I’ve done that type of frizzy hair before for some
posters for the MTV Europe Music Awards when I hosted them for the
second time – I wore the same kind of frizzy hair. I really liked it. 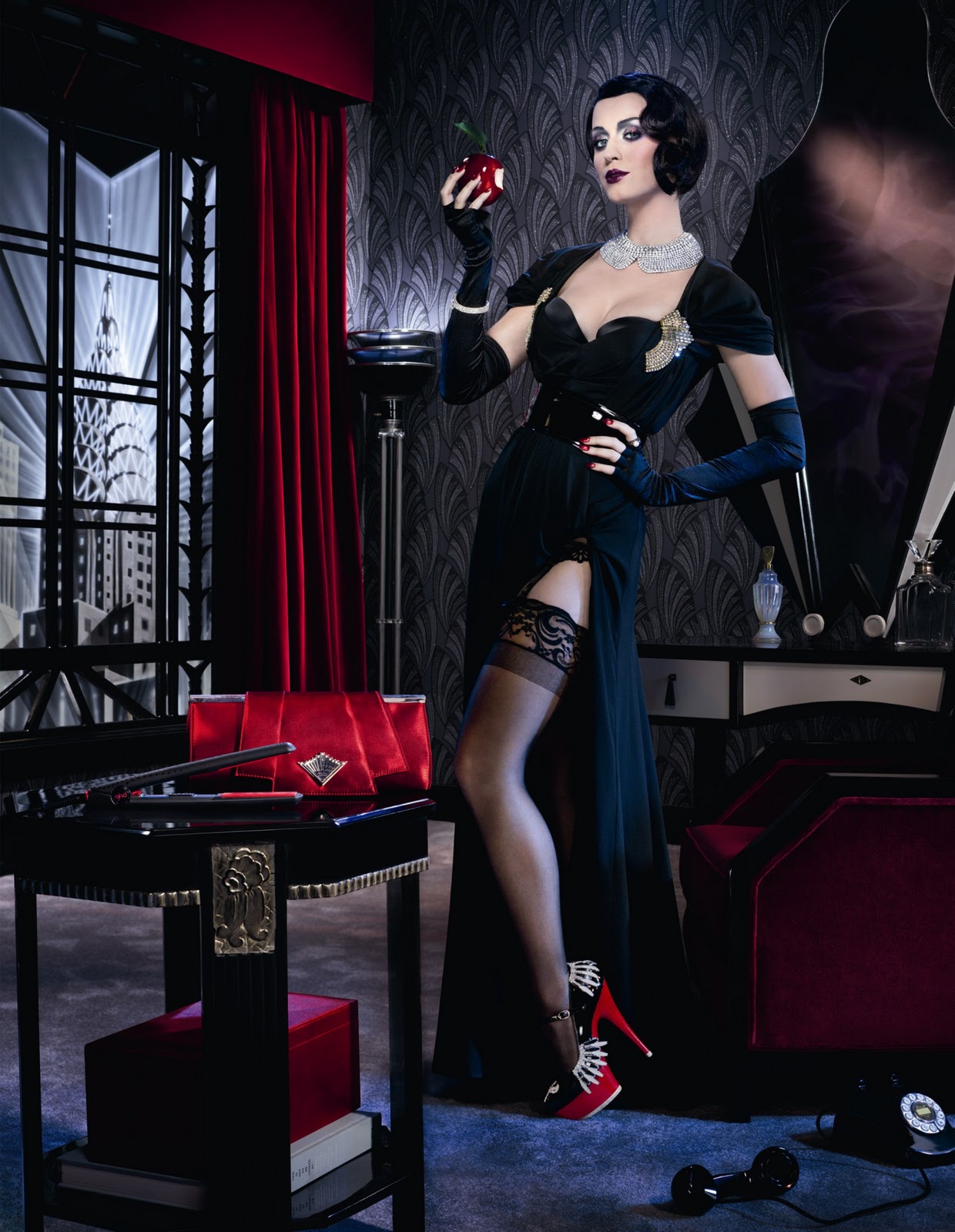 “The
Snow White look is very different for me because it is a very short
bob, but we were inspired by the Art Deco era – a bit flapper-y, a bit
1940’s. The furniture is very Art Deco. I love my nails in it, and my
bob that has little curls coming around it. I think it’s a bold look for
me, especially for the short hair, but I’ve actually had a pixie cut
before. I used to have a black pixie cut when I was about 17-18-19 so I
felt I was reliving that part of my life again. It’s really cute. I’d
probably wear this look again, but I probably wouldn’t do it for long.”

Katy has been a girl crush of mine for some time now, but these images and her relaxed attitude make me love her that little bit more. Do you love Katy as much as me?

These images are to celebrate the Scarlet Collection (which you can subtly see next to Katy in each picture) which celebrates the 1920’s with regal red satin. The collections cost £129 and £149 (with added hairdryer) and are available from the GHD website.