There’s been a lot said about the Glossybox service (and similar services, of which there appear to be more every day) over the last few months and until now I’ve kind of stayed out of it. I’ve avoided reviewing or talking about any ‘direct to your door’ sampling because they’re on every blog going. Everyone seems to have an opinion and most of them aren’t great, to the point where it’s about time LBQ stepped in and had her penny’s worth! I love the idea of these services as the whole point is to open yourself up to new products, innovative brands and generally things you wouldn’t otherwise use. For a small fee you get these delivered directly to your door once a month and have the great Christmas morning feeling when you open it up to find out what’s inside… And I think that’s what’s been lost along the way. Bloggers complaining that the products they’ve been given aren’t as good as their mates, shouting about products like Batiste being included and having a good moan when they’re given a fragrance sample. For a tenner, what do you expect? 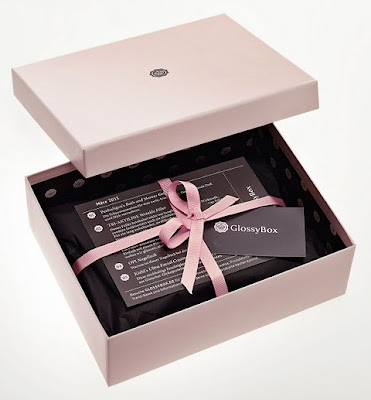 Every month Glossybox promise to give you five samples to enjoy at home, most of which are premium and some of which are full size. If you were to buy these in the shops I guarantee you that every single box is worth much more than ten quid. Small or sample sizes actually cost nearly the same to produce as large sizes – I worked with the production of cosmetics for many years and the reason those mini samples in Boots are so expensive is because that’s how much they cost to produce. A lot of companies actually sell them at a lost just to get them in the hands of consumers, with the hope that they’ll invest in a full size one when they’re done. You still have to pay for the plastic container no matter the size of the product, and that’s what costs the dosh. I don’t see a problem with the size of products in these boxes at all – that’s the whole point of the scheme. 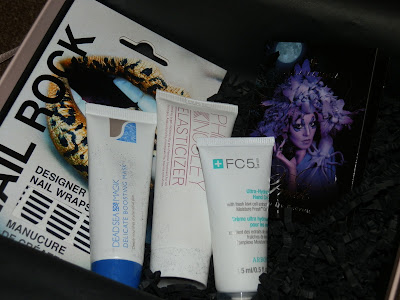 Furthermore, I wholeheartedly disagree with every single complaint about the Illamasqua Freak fragrance sample that was included in this month’s box. I love the fragrance and was lucky enough to try it before it was released, but I was still happy to have it in the box. It’s a premium brand that sells the fragrance for £59.00 for 75ml – if you take the actual quantity per ml it’s around £4.00 for one of those mini samples. Not only was everyone given a chance to sniff it, but enough to keep you going for at least a couple of weeks. Isn’t that the point of Glossybox? Giving you the opportunity to try a product for a while, see if you like it and buy the full size? It was never going to be a way of you stocking up on expensive, premium brands on the cheap. You wouldn’t have a go at Glamour magazine for only including enough CK One on an advert for you to rub your hand on! 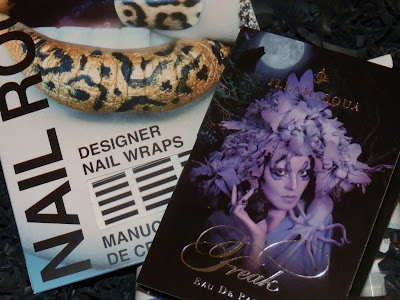 This month there were some great products in the Glossybox and I think it may have been one of the best ones yet. Nail wraps worth £6.65 alone, an iconic product in the form of Philip Kingsley’s Elastercizer (again, it retails at £24.95 for 150ml so you’re getting a good deal) and some other brands that are perfectly sized for traveling or popping in your bag. I continue to think that Glossyboz is a great idea, as long as you have realistic expectations. It’s the price of a coffee and a copy of Elle magazine, so you shouldn’t expect it to come gold plated with keys to a new Porshe inside. It’s just not gonna happen. They put a lot of thought and effort into the box and the way its presented, which seems to be forgotten as soon as it’s ripped open. I think we need to take a step back and remember what we signed up for and what we’re getting – a lot for ten quid.

What do you think of Glossybox and the other sampling services?