So last night I got hope to an extra special parcel. It wasn’t full of glitz and glamour… in fact it was probably, visually, one of the dullest parcels I’ve ever received. Just a white envelope with a plain white pot inside. Inside the white pot was some white stuff that just happens to be the top secret new flavour of Vaseline. This is where it starts to get exciting. Last year Vaseline played a practical joke on us all by releasing information about a limited edition Marmite flavour of the petroleum jelly; it went down so well that they decided to release their first ever ‘limited edition’ variety for real. 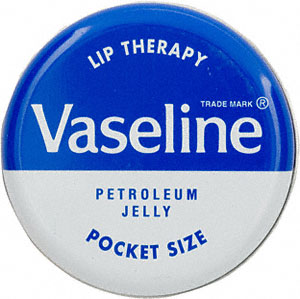 The secret is that nobody actually knows what flavour this new variety will be. I was lucky enough to be sent one of only a handful of samples to see if I could guess correctly… I couldn’t! My guess was vanilla, but they’ve already told me I’m wrong. It’s a very delicate, slightly sweet scent so it has to be something along those lines; I can’t wait to find out what it is! If you want to guess for yourself you can use the hashtag #vaselinelimited and see if you can do better.  The good news is that next Thursday the big reveal will take place in Selfridges and I’ll be there, tweeting frantically to make sure you’re the first to know!

If you could develop a Vaseline tub for yourself, what flavour would it be?

UPDATE:
On 27th October Vaseline will be launching a ‘Strike a Pout’ concession in Selfridges’ beauty hall. There will be free makeovers to celebrate the launch, as well as a photobooth to strike a pose and upload your photos directly to Facebook. There’s even an opportunity for you to win a silver lip therapy holder worth £260! Just tweet a picture of yourself with the new lip therapy tin, along with the phrase ‘Strike a Pout’ and hashtag #VaselineLimitedLON or #VaselineLimitedMAN. If you’re one of the first people to do so in each store you’ll nab yourself a luxurious prize… Good luck!