I’m a bit of a Liz Earle Cleanse and Polish addict. Ever since I discovered it about a year ago I’ve used it religiously, never finding anything to move it from its position of top dog. With the Cleanse and Polish craze has come a long line of brands launching their own versions, attempting to capitalise on the success of a brand that can sometimes be difficult to get hold of. I’ve been trying two alternatives, one cheaper and one more expensive, putting them to the test to see if they can beat Liz Earle and really give my face a good polish. 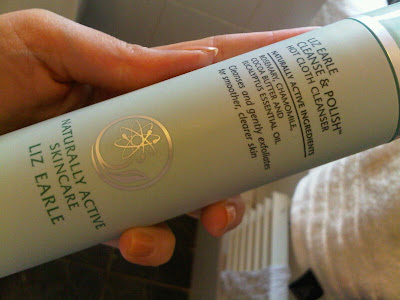 First of all though, what is the Cleanse and Polish all about? Well you basically take the creamy formula and massage it around your face (no water, no removing of makeup before hand,) to budge the dirt from your skin. You then use the muslin cloth provided, dip it in warm water and in circular motions massage off the cleanser and the dirt. The combination of the great ingredients and the muslin of the cloth massage and exfoliate, leaving skin clear and refreshed, as well as feeling amazing. It really gives me a healthy glow and keeps breakouts to an absolute minimum – plus you don’t have to bother taking your makeup off as it does that for you too! For a 100ml tube and two cloths it costs £13.25. So how do the others compare? 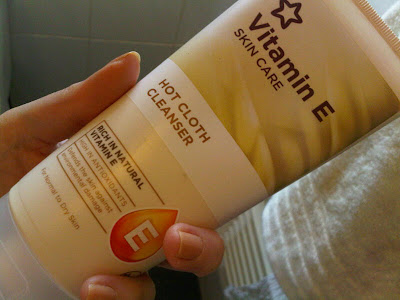 First up is the new Superdrug Vitamin E Hot Cloth Cleanser. This comes in a chunky 200ml tube with a muslin cloth for the bargainous price of £4.99. The cleanser itself is very similar in feel and texture to the Liz Earle, being really thick and creamy and moving around the face easily. Because of the ingredients it does smell quite artificial, particularly as it has a vanilla/cocoa butter type scent that you don’t expect. It removes most makeup and does leave you feeling refreshed, although not quite as polished as when I use Liz Earle. There’s something that doesn’t quite match up that I can’t quite put my finger on! The muslin cloth itself is only ok – I would recommend investing in some Liz Earle cloths as I believe this makes a huge difference, exfoliating skin and giving you a better result. All in all though, not bad for £4.99! 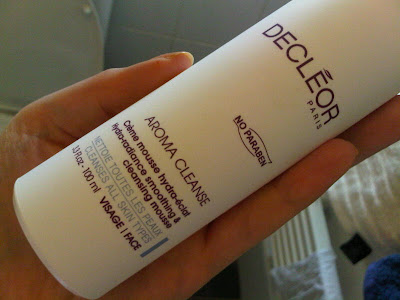 Next we have a more expensive version from Decleor, Aroma Cleanse Hydra-Radiance Smoothing & Cleansing Mousse. It comes in the exact same pack as the Liz Earle version with the great pump bottle that enables you to get the perfect amount out. I made the mistake the first time of using it in the same way as the Cleanse & Polish, wacking it all over my face and getting it in my eyes (which then stung for England for the next hour.) You’re in fact meant to mix it with water, creating a really delicate foam which is then massaged around the face and removed with a muslin cloth in the same way. I did feel the foam was too light to really make an impact though… It was like I was washing my face rather than actually getting deep down and removing stubborn grime. However, the cloths (you get two) were really good quality, thick and effective, which meant the result was still refreshed and clear skin. I don’t think this would have the same long-term impact as Liz Earle, plus it really made my eyes sting! At £24.25 it’s quite expensive for 100ml and two cloths, and I don’t see enough of a benefit or difference to justify it.

It was really good to compare three products which claim to do the same thing from three different price ranges. The cheaper Superdrug one is a good product to use if you’re new to hot cloth cleansers or you don’t want to break the bank, but I would still recommend the original Liz Earle for a product that contains amazing ingredients and does amazing things. I found the more expensive Decleor a bit bland and the difference unnoticeable so you should save your pennies. Basically, Liz Earle is still my top dog and in my book will always have the hot cloth cleanser crown!