Lush bath bombs seem to be taking over my life. If I don’t have one in my bath then it’s just not a good enough bath. In homage to the Twilight phenomenon which seems to be taking over the solar system they’ve launched a Twilight bath bomb – it doesn’t contain blood, it doesn’t look like Edward’s face and it doesn’t smell of teen desperation. In fact it’s rather sweet being a pink and blue colour with cute little stars on the outside of the bomb. 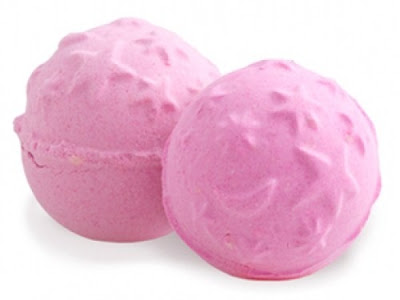 When you drop this in the bath the pink casing starts to crumble away leaving a pale blue centre. Together they create a really cool subtle marble effect in the bath water which really doesn’t photograph well, but take it from me it looks prettier than Robert Pattinson in a feather boa. The bomb contains lavender so it’s a really relaxing and sensual experience, that although not as dramatic or theatrical as some of the bath bombs available, is certainly worth a try.What’s also a bonus is there aren’t any of those annoying floaty bits that you spend two hours trying to get off the bottom of your tub… less time cleaning, more time soaking. 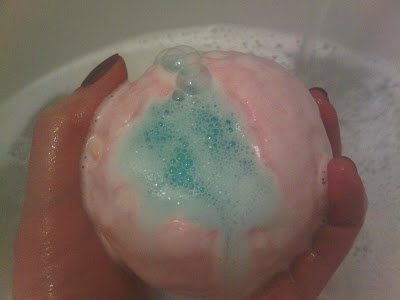 These are available from Lush stores and online now for £2.99