Fearne Cotton has to be one of my style icons at the moment. I love her laid back, rock n roll, girlie chic with a side of tousled hair, red lips and big attitude – not many people could pull off that combination while still appealing to the masses on Radio 1, ITV2 and trekking up mountains. Cor blimey. So when an email dropped into my inbox saying Fearne was expanding her empire even further and launching her own make-up range I was interested in seeing what it was like. Her personality and identity really comes through in the logo which is gold, retro, baroque and pretty mixed with a velvet ribbon and an Earthy feel. 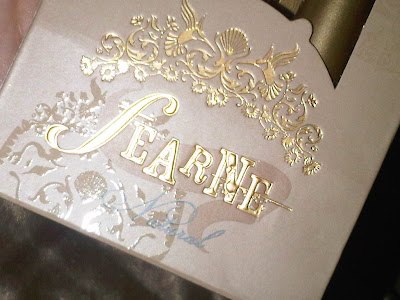 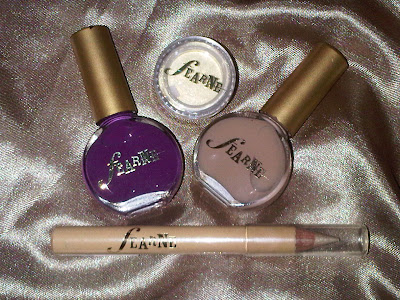 The collection consists of nail polishes, eye pencils, eye shimmers and lip packs which contain a gloss, lipstick and lip liner. On first glance they look edgy, young and different from the mass products you get in Boots at the moment, but I’m not sure if they’ll appeal to the more serious customer who actually just wants a product that works. The nail varnish left me impressed though, with the colour applying easily, only needing two coats and not chipping for a whole two days (which is a miracle in my book) but it’s not the best varnish I’ve ever tried. 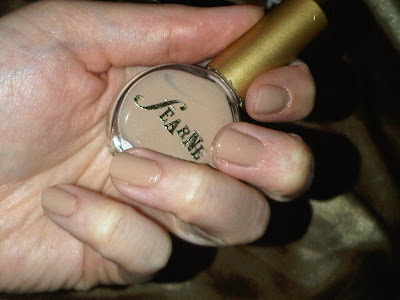 The eye pencil is creamy, almost a little greasy, and easy to blend. It does have a tendency to sit in the crease though so you’ll definitely need a primer to keep it looking good all day. The eye shimmer powder is cute and incredibly shimmery so it’s fab to use in a nude colour over an eyeshadow – it doesn’t have a huge amount of pigment though so it’s not easy to build up colour or keep it on without it moving. Again, you’ll need a primer for this one! The colours I had to try were so nude that they hardly show up in the picture either so you’ll have to use your imagination…

The products that I thought were a bit of a waste of time though were the three lip pieces that come in a cute little set. The packaging is cute and detailed with the gold logo featuring throughout, but it also feels very lightweight and a little cheap. The lipstick is really greasy and almost feels like a freebie you’d get with a magazine, the lipgloss is so small you’d go through it in about two days and the lip pencil is so mis-matched with the other two colours you may as well throw it straight in the bin. This is a real shame as I totally love the concept and the packaging, it’s just the product in side that lets it down. 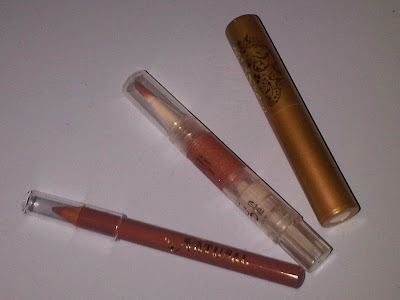 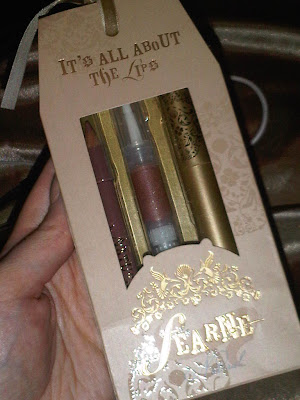 The nail varnish retails at £5.50, the shimmer powder and pencil at £5.00 and the lip pack at £10.00 so they’re not expensive to indulge in. However, I do think they’re a little overpriced for the quality as you can get other products for similar or cheaper prices that are much better to use. I was also a bit disappointed in the shades and pigments that Fearne has chosen – she’s known for her loud, brash and bold style so it’s a shame to see so many nude and ‘wearable’ shades in a collection made by a festival-going trend setter. I think the brand is trading on Fearne’s endorsement and will inevitably do well because she’s such an iconic celeb, but whether or not this range will last as long as her radio career… I’m doubtful.

The range is available now and is exclusive to Boots.