If you were one of the three women over the age of ten not to notice, then last year Barry M launched a ‘cracked polish’ which caused a storm in the beauty world and a massive queue in Boots. Ladies of the nation searched high and low throughout the land to get their hands on the top coat to change their manicures into something a little bit spesh. Since the initial craze I haven’t really used the polish, but it seems that the trend isn’t going anywhere with at least three new sets hitting the High Street over the next month. 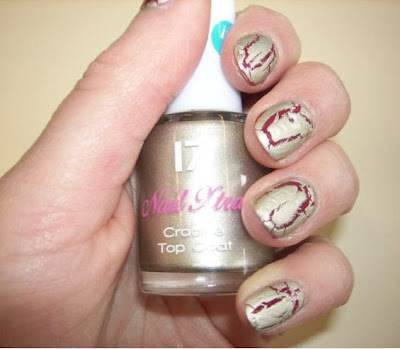 17 Cosmetics added this picture to their facebook page, giving us a sneak preview of the gold shatter polish that hits stores in two weeks time. I like the fact that it’s gold and a bit more subtle than the harsh black, but it also looks a bit clumpy and the effect isn’t as good as the Barry M version. However, as it’s likely to be priced at £3.99 it’s definitely worth a look as the first step into Spring colours… 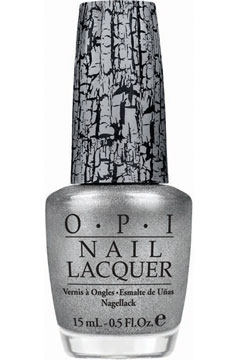 OPI are launching their own black version as well as this silver crackle coat, which launches this month as part of the Pirates of the Caribbean collection. I’ve seen a few pictures of this on blogs and it looks right up my street – a little bit of silvery goodness makes LBQ a happy girl, so I can’t wait to get my mitts on this. I think silver is the perfect shade if you just want to have a dabble too and OPI is guaranteed to make a tip top formula so it’s £10 well spent. 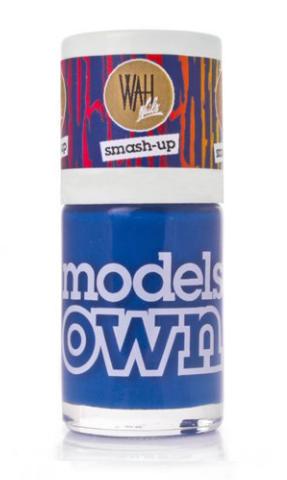 Finally, blogger favourite Models Own have gone one step further and announced they’re launching a whole range of coloured ‘smash up’ coats in collaboration with WAH nails. This is a ‘go to’ brand for anyone wanting to inject a bit of colour into their outfit, so it’s no surprise they’ve fully embraced the trend and not just settled for the safe option of black, gold or silver. I can see that turquoise over a hot pink or lemon shade… my nails are getting excited at the thought of it.