The feedback I get most from my friends, family, colleagues and readers is that they can’t find a foundation that suits them. How many of you are continually on the search for the holy grail, the perfect foundation that matches your skin tone exactly? With the majority of the high street offering between four and six shades (eight at an absolute push in the big stores) that doesn’t leave much room for manoeuvrability – you can’t say that the millions of people living in this country can fit into six different skin tone categories! Until they get their act together there are fabulous things going on in smaller, boutique-like stores, where they offer you a ‘skin matching’ service to ensure you avoid those drastic orange lines around your chin. 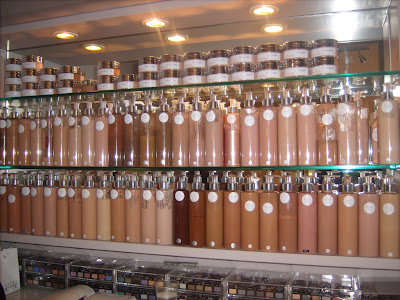 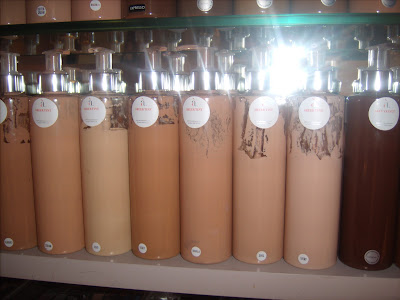 Cosmetics a la Carte offer a prescription foundation service where they match your needs and skin type to their foundation and then mix you your own special shade so it matches you perfectly. I went a long with Muma LBQ as a little treat for her as she was down in London Town for the weekend. She’s not very make-up savvy, bless her, but she tries and she gets excited by the piles of stuff I give her to try. When it comes to foundation, she has problems because of her red rosy cheeks and (slightly) older complexion – she’s actually gonna murder me when she reads this! You can see from the ‘before’ shot that she was a bit flustered from the gale force winds and her cheeks and nose were extra rosy. 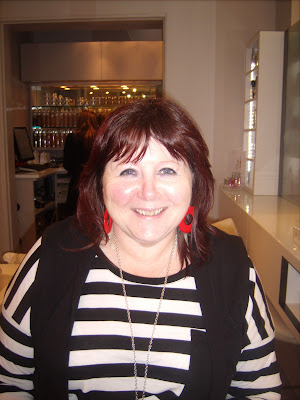 The lovely ladies in Cosmetics a la Carte took the time to really find out what Muma LBQ’s skin was like and the coverage she wanted. Skin Tint was the formula that was settled on, a light formula which gives good coverage while looking really natural and moisturising the skin. After she’d settled on the foundation it was time to find the perfect shade – cue much mixing and playing, half a face of this, half a face of that, until eventually the perfect shade was found. It was a mix of these two shades, two parts lighter and one part darker just to bring a bit of warmth to the skin. For the Summer all Muma LBQ has to do is swap the concentrations around and she’s got a warmer, deeper complexion to complement the tan she always seems to have. 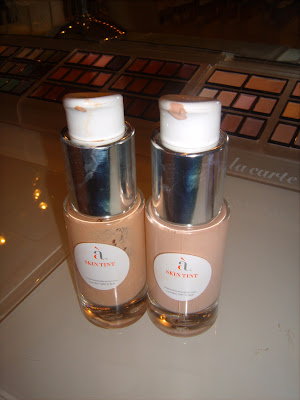 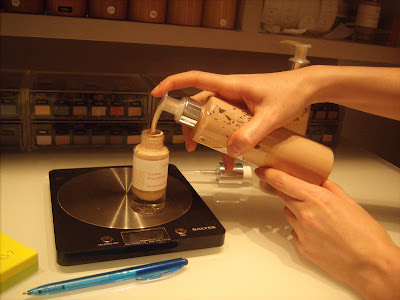 The foundation was mixed using this fancy set of scales and a lot of precise measurements. Once it was all wrapped up (literally) Muma LBQ was chuffed with her ‘perfect’ match and didn’t stop talking about it all afternoon. This is definitely a service worthy of a gold star, for making a complex process so simple and for really putting us at ease when it could be quite a nervous experience. At £46 I think this is such good value for a bespoke service that can make such a difference to your beauty regime. They even keep your details on file so if you want a re-fill they can whip one up for you pronto. This really does take the stress out of a stressful process and would make a perfect gift for your mum on Mother’s Day – it’s got the Muma LBQ stamp of approval. 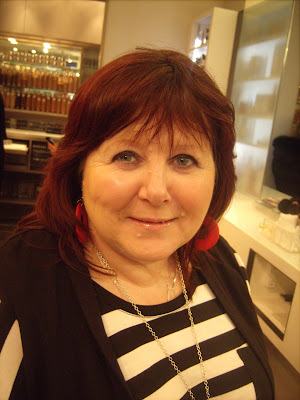