My barnet has a mind of its own and tends to do its own thing no matter how much control I attempt to enforce on it. Having pretty curly and unruly hair naturally I spend half my morning regime styling my hair into a sleek-ish bob that inevitably lasts until it starts to rain. One speck of drizzle and my hair turns Afro quicker than Michael Jackson does the moonwalk… it’s like my follicles sit there giggling to each other, winding themselves up so they’re ready to go crazy as soon as they have the chance. I’d heard about a hair primer from Wella which claimed to improve manageability and amplify styling – as far as I was concerned, if it was anything like the fab face primers that have become a staple in my make-up bag of late, this was one product I was dying to get my mitts on. 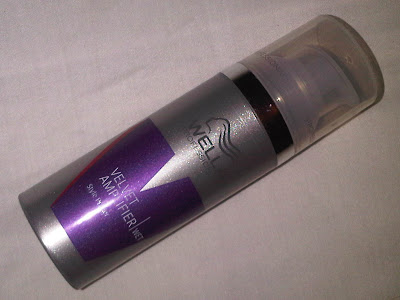 For the first couple of days I made the fatal mistake of not really paying attention to what it actually claimed to do. I applied it to wet hair underneath all my styling products and then expected it to wow me with the results. I wasn’t wowed. I didn’t understand why it wasn’t working – in fact my hair was looking worse. It looked like I hadn’t put any styling products in it at all and my hair was messier than Worsel Gummage. Well slap me round the face and force me to pay attention… the reason it wasn’t doing anything was because my normal serum and relaxing balm wasn’t actually getting down to my hair (because the primer creates a barrier) so it wasn’t doing its job. This is a primer for styling products so you need to use it on top of any kind of hair relaxants you may use or else you’ll wonder what on earth is going on. Now children, don’t make the same mistake I did. 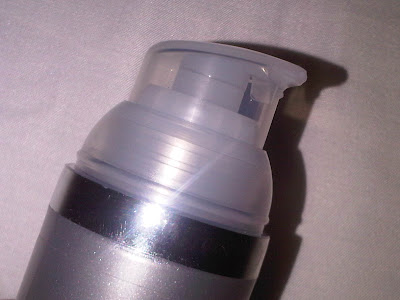 So when I’d paid enough attention to realise that this was only going to help my styling products I actually started to use it properly. When I know I’m going somewhere or have a day filled with meetings I tend to make a little more effort with my hair… styling it so it flicks just the right way and gives me the volume I crave. Normally this will last until lunchtime even with a dash of hairspray, but with the primer underneath the hairspray it lasted all day and even all night. (Well until about 9pm) I was seriously impressed. My hair stays volumised and sleeker than normal and I even have the flicks in pretty much the right direction hours later. Even today after a spittier day than you’d expect walking around She-Bu Green (there’s a lot of gross spitters round this way) my hair is pretty much as I styled it at 8am this morning. 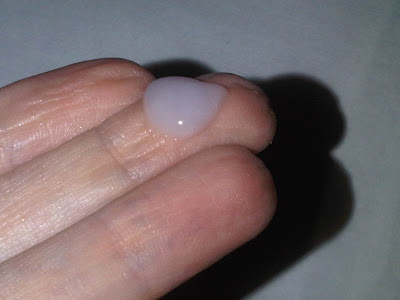 The formula itself is a light grey velvet smooth primer, not unlike the primers you get for your face. You only need one big pump for short hair and two for long hair to cover your whole head. It doesn’t leave any kind of residue so you can’t feel it – you just have to trust it’s there and does the work! This costs £7.25 from feelunique.com so I think it’s really good value for money. I haven’t ever seen or tried anything like this so it’s fab to have an innovative, useful and practical product that does what it says on the tin. (Or the bottle.)