I’m a bit of a snob when it comes to my shampoops. Because I have such problem hair (frizzy, thin, coarse… you name it) I have to really shop for a good shampoo that calms my curls without weighing my barnet down or turn it into a grease bucket. Having worked for a professional hair brand when I first left Uni I’ve been left with a knowledge of ingredients, processes and claims which has put a lot of pressure on ‘Boots brands’ as I like to call them – basically anything you can go into Boots and buy off the shelf. You 99% of the time find far too much silicone in shampoos and conditioners that initially give you gleaming, shiny locks, but after a week turn your follicles into something that would be more at home in the local chippy. The silicone just builds up and makes your hair really limp and nasty. 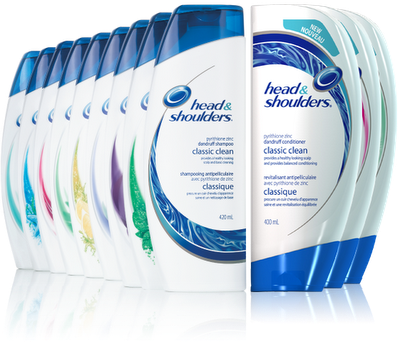 With this in mind it’s no surprise that the likes of Pantene and Herbal Essences haven’t passed my hands in about ten years. However, having met the lovely peeps of Head & Shoulders and seeing their newly launched ‘care’ ranges I agreed to give them a whirl. In my head H&S (as from now it shall be named!) is a really old fashioned medicated shampoo than my Nan used to use. I would’ve never in a million years have picked this up from a supermarket shelf and didn’t even know they had 13 different varieties. The bottles have been re-designed so they’re a little bit more modern, although they maintain their identity that they’re very much ‘budget’ shampoos with a serious purpose… not the kind of bottle you’d be flaunting when the mates come round!

I’ve been using the ‘sensitive care’ variant for about the last ten days. It claims to not only reduce flakes and dandruff, but it contains aloe vera, is dye-free and dermatologically tested to soothe your head and be kind to scalps. Both the shampoo and conditioner are opaque white formulas which are quite thick and easy to use. When I use the shampoo it does leave my hair feeling quite rough and tangled, but after two minutes of the conditioner that is replaced by really smooth, soft and detangled hair. When I dry my barnet it does feel softer than usual, but this also means a bit more flyaway… but I have to admit if I just leave it to dry naturally it’s a lot calmer, straighter and smoother than with a lot of other products I’ve used. Overall, initially I was impressed and my expectations were more than exceeded – I totally expected my barnet to be an absolute dry, crispy mess! 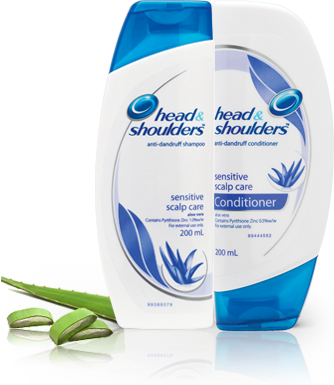 I’ve now been using this for about 10 days… the reason being that like a lot of ‘Boots brands’ is that after a while the build-up gets you by surprise. Although I do feel on the second day that I need to wash my hair as it’s become a bit limp and ‘stuck to my head’ it’s not visible and nothing like the disasters that I’ve experienced with brands like Pantene. With a bit of dry shampoo or hairspray it’s perfectly wearable on day two without a problem. It hasn’t aggravated my scalp in any way (sometimes I do get an attack of the itches, and no it’s not nits,) and smells lovely… not overwhelming, but you can sense the aloe vera. I have been pleasantly surprised by this range; it hasn’t caused me any problems or really bad issues that would stop me using it again or recommending it to others with scalp problems. It’s nice to know you can sort out your flakes while looking after your hair too.