Dannii Minogue has gone and done a Cheryl Cole. She’s gone from 90’s Australian soap star, to musical joke, to X Factor judge and national treasure. She’s now frequently seen on the fashion pages of glossy magazines, rather than on heat’s ‘what were you thinking?’ spreads, and constantly praised for her style. She launched her first range of clothes, entitled ‘Project D’ (no points for ingenious names!) which was received exceptionally well by the press and public alike. I’ve been watching her reality show on ITV2 so have followed her journey and the realisation of her ambition to launch her own fragrance. Unlike other celebrity fragrances it doesn’t rely purely on her name, but more on the brand she’s created with her friend Tabitha. I praise this and have been looking forward to seeing/trying her first scent ever since I was wrapped up in my duvet watching her develop it on the telly.

I was sent a bottle to try and I ripped open the package having not really paid any attention to the information I’d been sent previously. I have to say that I was a bit disappointed. As Dannii is a super stylish lady (I adore her in those M&S ads and was even persuaded to buy a bag that she was modelling, just because her smile was telling me to) I expected a super stylish bottle. So much of the fragrance market depends on a flashy container to grab attention and make you feel like you’re taking home something a little special. This bottle looks like it’s come out of the Avon catalogue (sorry Avon!) and chosen by your Nan. It’s pink, frosted and has a flower lid – all things that although aren’t my cup of tea, I could deal with. What I take massive objection to is the hideous lady on the front! It looks like it was designed about 15 years ago, not in 2010 by someone who gets paid shedloads to show off her style. It’s definitely not one you’d be proud to put on your shelf… maybe hide it behind that Paco Robane. 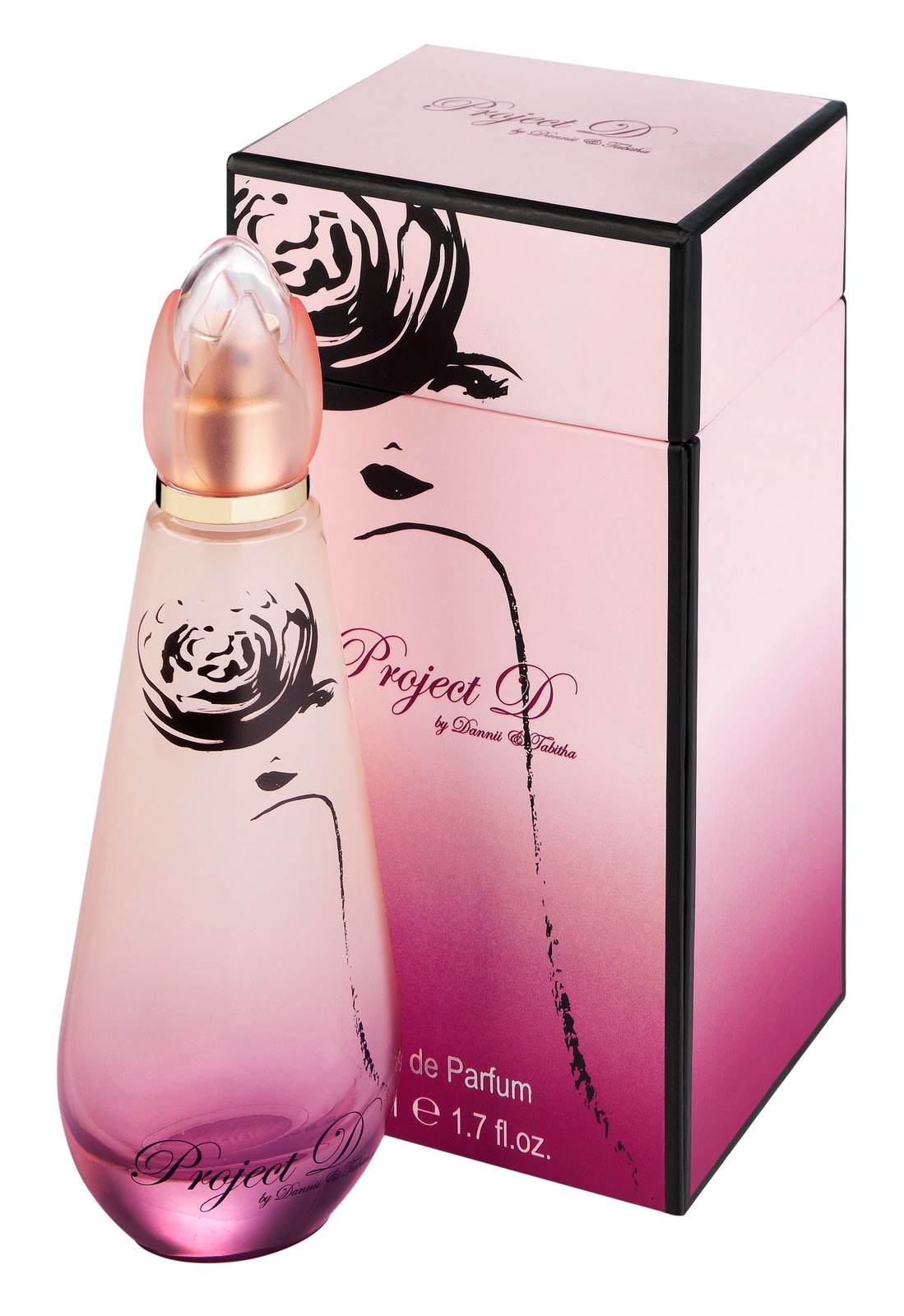 So, the important bit – how does it smell? Again, initially I was disappointed. I spritzed it on and got a massive whiff of alcohol, making me think this was made on the cheap. Once it settles down and dries the scent does get better, but again it’s pretty old school. I love fruity, floral fragrances but this is definitely more on your musky floral side. It reminds me a bit of my Nan and wouldn’t be something I’d buy for myself, but old fashioned fragrances are all the range now so maybe I’m missing a trick. I have been wearing this since yesterday to get a feel of it and I admit that after a while it does start to grow on you, settling down and leaving you with the basenotes which are quite uplifting and refreshing.

The range consists of the Eau De Toilette, which I’ve been wearing, and three purse sprays which contain the different elements of the main spray which can be worn alone or together. I really like this idea – we always want something unique and personalised so I love the fact that Dannii has followed through with this idea and created something a bit different. She says that the fragrance aims to mix classic glamour with rock n roll – I get the classic glamour, but I’m lost on the rock n roll (especially with the ugly lady!) Overall, this may be more your cup of tea than mine. I like the concept, I really like the ‘build your own’ element and I like the idea of Dannii’s own fragrance. What I don’t like is the bottle design. Maybe Dannii should’ve asked for a bit of advice from Cheryl.