It’s ELLE magazine’s 25th birthday (so wise, yet so young) this month and their special celebratory birthday party this evening. Not one to let an occasion go by without putting my two cents in, I’ve decided to share some of my favourite covers with you. 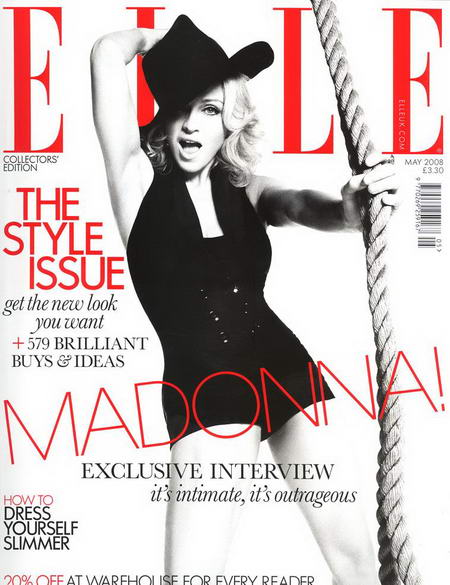 I do love it when they come up with something different that’s not just ‘another cover’ and ELLE are one of the only magazines to continuously try to break the mould. With this Madonna shoot they not only made her look fabulous (without making her look like mutton, if you know what I mean) but made the cover so unique and striking that it hit you like a comedy hammer round the head. I love the black and white effect and that she’s not obviously posed. 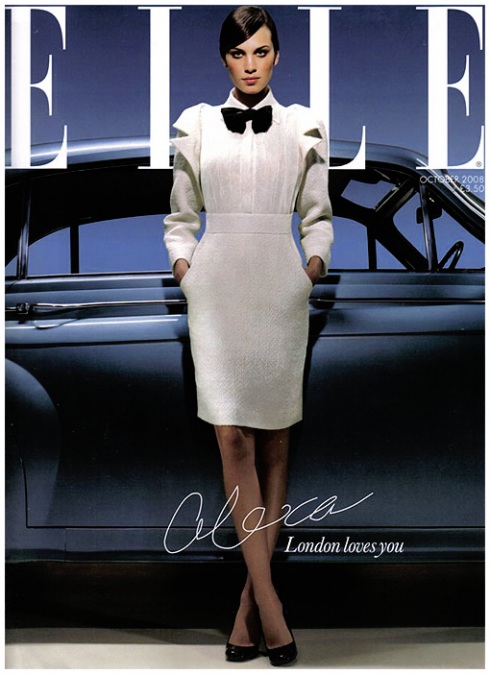 I love this Alexa Chung image purely because it’s the exact opposite of what you expect to see of her. She’s normally all scatty hair, old boots and skinny legs… but here she looks sophisticated, sexy and timeless. The contrast of colours really makes her stand out and it’s nice to see a ‘prop’ in the background to give it a bit more dimension. 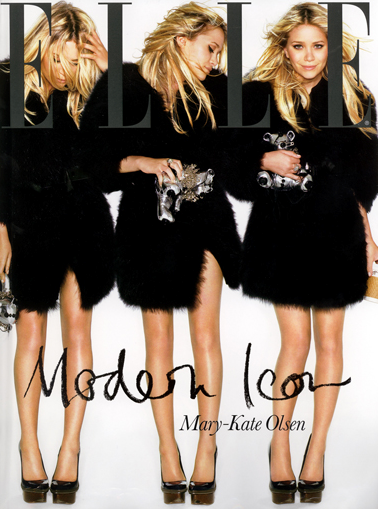 I’m not a huge fan of the Olsen twins, but I think this cover is amazing. On what other occasion have you ever seen three images of the same person on the front cover of a magazine? ELLE make a statement, and almost a piece of artwork, with these fab shots of Mary-Kate rocking a fur coat. This issue sat on my desk for a long, long time just because I thought it made me look like a fashionista. Well, I can try. 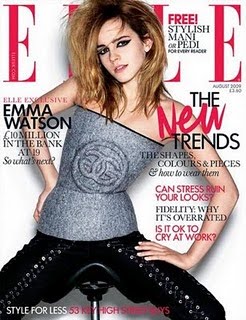 Emma Watson was always ‘that girl from Harry Potter’, but when she started branching out, getting older and discovering her own style ELLE were one of the first magazines to fully embrace Emma Watson, the young woman. She looks smoking in these shots and definitely leaves Hermoine at the door. I’m sure she must be one of the youngest people to ever grace the cover of ELLE too – fab achievement Em. 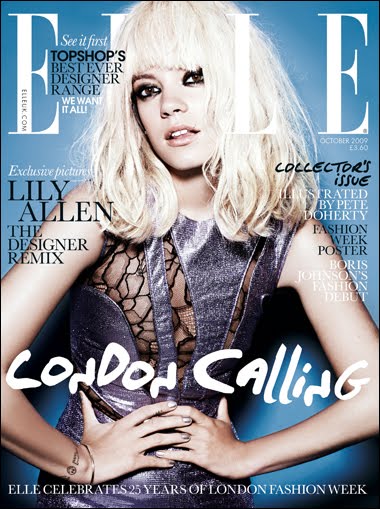 I don’t know why I like this image so much, but it’s always stayed with me. Lily Allen is such a mischief maker and this really sums her up – who else could get away with being on the front of ELLE wearing a peroxide wig and smudged eye make-up? I love the fact she doesn’t give a toss. She was the perfect choice for the London Calling issue too – who’s more current than Lil? 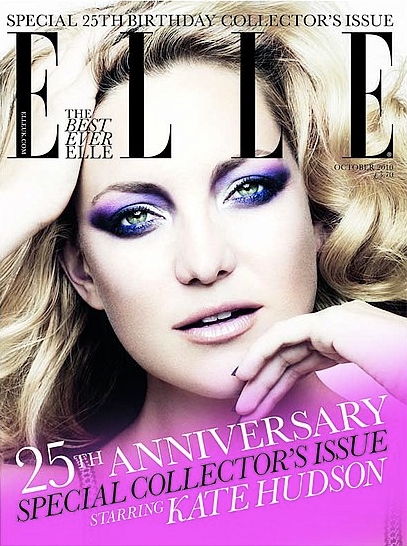 How could I not mention the special 25th Anniversary Edition of ELLE magazine? They couldn’t have picked a more fabulous lady than Kate Hudson for this special collectable cover. She epitomises the ELLE woman – independent, strong, successful, beautiful, intelligent, yet still surprisingly down to earth. Although she looks slightly like an alien because some guy in graphics has gone a bit overboard on the photoshopping, the cover will undoubtedly go down as one of the most memorable. Just check out those eyes and the bright pink flash!

These are my faves, but there have been so many – what are the ones that stand out for you and why? PS – Sorry about the god awful title!!