What’s our obsession with eyelashes? If it’s not one product telling you it’ll make your lashes look eight times longer, it’s another telling you they’ll help stimulate growth and give you a fringe of lusciousness that Mrs-Doe-Eyes herself (Katie Holmes if you’ve not been paying attention) would be enviable of. The mascara category has historically been the most lucrative and where Miss Bloggs spends most of her beauty piggy bank. But why are we so obsessed with such a small part of our bodies? Because it’s the teeny bits that make the most difference.

If you’re wearing great eye make-up it instantly opens your eyes, making you a sexy mistress capable of seducing any man (Ashley Cole, Tiger Woods et al excluded – it doesn’t even take this much.) Your eyes are the first thing people look at and the area of our bodies we spend most time faffing over. It’s this that the big brands have come to understand, therefore manipulate and take advantage of. We spent over £200m in 2009 on eye products, which is almost 40% of all of your dosh spent on make-up. That’s a hell of a lot of mascara. This is where brands seem to focus their advertising, their celebrity endorsement and their wild claims. But what can we trust and what should we be buying? 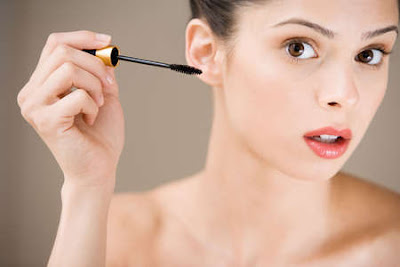 Take it from me, as someone who worked for one of the UK’s top make-up brands for over 2yrs, that there is rarely a revolutionary mascara. Most products are copies – the premium brands are copied by the mid-market brands, who in turn are copied by the cheapo mass-market brands – so if you wait long enough you’ll inevitably get the same posh product for 10% of the price. The majority of products are also made in the same factories, so you may be thinking you’re investing in a super-dooper-mascara, when in fact it’s just in a bit prettier packaging. A lot of brands are also owned by the same companies and even have the same marketing and development teams – it’s just a change of market position, price and package.

Another issue I take is with claims that there’s an amazing new revolutionary formula, when the only thing that has actually changed is the brush. This is what’s different, not the black gunk. It’s the way you apply it that changes the end result, which is why recently there’s been a surge in curved, twisty, plastic complicated brushes. (You should look out for decent brushes on your next trip to Boots and see what you can find – my top tip is to look for something that’s going to aid application, not make it more complicated!) Consumers are demanding more and so companies have to convince them they’re coming up with the goods.

This all means that you need to get through the marketing gumph, overlook the pretty celeb telling you you’re worth it, refuse to buy into loads of offers (I know it’s tempting, I’m the worst at buying things because it’s a bargain!) and definitely don’t expect to look like the model… they’re photoshopped within an inch of their life and most lashes are ‘enhanced in post production,’ which basically means drawn on. (My point exactly.)

So how the hell do you buy a mascara? What should you be believing and what should you be investing in? The best way to choose a mascara is to firstly decide what you want it to do – to lengthen, to volumise or to multiply – and match up your needs to the product. If it seems too good to be true, it probably is. My least favourite ever mascara was one from a high street retailer, who shall remain nameless, who invested a lot of dosh in a celebrity to endorse it on TV. The stores were full of this ‘revolutionary’ new brush in all its glory and you even got a free gift… everyone went out in their droves to snap it up before it was gone. But every single person I know was entirely disappointed (some couldn’t even figure out how to use the thing – it’s not rocket science, it’s supposed to be a mascara!) and threw it away after one use. The moral of this story is don’t believe the money. Money talks, and not in a good way. The brands are there to flog you some crap so they can get their Christmas bonus. 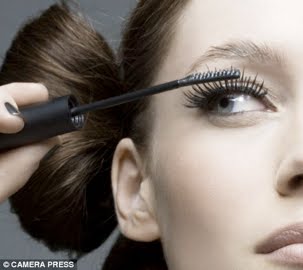 Now, don’t get me wrong, there are some very honest brands with some fab products that I wouldn’t be without, but a lot of the time the major players take the p and the i and the double s. The best way towards damage limitation is to listen to your mates, to bloggers (like me!) or people who have actually tried the product and have nothing to lose. You can then trust their opinion and be sure they’re not getting a back-handed payment or trip to Paris for the use of their vocal chords. Be careful, be cautious and be savvy… or you’ll end up with worse spider-lashes than Jordan after her latest hen night.